Guitarist / keyboardist Oliver Palotai will tell you that downtime is overrated if it means sitting around doing nothing. So it seems, given that the man has spent the last four years as a card carrying member of Kamelot while juggling schedules with artists such as Doro, Blaze Bayley and Uli Jon Roth both prior to and during his time with the band. A full plate, and one he’s managed to pile a little higher with his own band, Sons Of Seasons. It’s not a mere side-project, either, as Palotai has invested a considerable amount of time, money, heart and soul in getting the band off the ground while honouring his other commitments. The end result is Gods Of Vermin, and dark and atmospheric symphonic metal record that deftly avoids becoming yet another knock-off goth rock album. On the contrary, it’s one of those rare albums that seemingly offers up something new with each listen. Where Palotai found the time to write and record the material, let alone find the band members best suited for the job, is anybody’s guess. Including his.

“I don’t exactly know,” Palotai laughs. “It was really tough, and that’s something I’d like to change in the future. Not having to make an album while having to do other things at the same time would be nice both because it would be less chaotic and not as tough financially. I had a tight budget for this album and I paid a lot of it out of my own pocket. That was really the only uncomfortable part of making the album.” 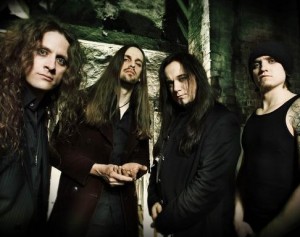 With Palotai’s extensive resumé it stands to reason he would break down and start a band of his own. If anything Sons Of Seasons is long overdue.

“It seems like I’ve been on a moving train for many, many years, becoming a member of bands that had been around for a long time. Those bands all have their songwriters, they have certain ways of working, which makes it difficult for me to get into the songwriting part of the band. Composing stuff is very important to me – maybe even a little bit more important than my playing – so I needed a playground for myself where I could be creative without fulfilling the visions of others. It’s not an ego thing; I just like being able to sit down and compose songs the way I want.”

Gods Of Vermin isn’t a resurrection formula for songs Palotai was forced to put on hold. He started from scratch for Sons Of Seasons and developed material based on his own requirements and wish lists.

“The songs are all relatively new,” he reveals. “I started the band in January 2007. I started writing the songs then and the last ones were written at the end of 2008. So, the album represents the past two years. It was a little bit weird being in control of everything, I have to admit. I had to get used to the feeling, but when we played live for the first time back in February, that was the point when I realized, ‘Hey, it’s actually happening now. I’m hearing my own stuff on stage and people are reacting to it.’ And the reactions were very good.”

With Kamelot being a high profile gig, the expectation is that Sons Of Seasons will sport a similar symphonic metal scene. Folks are way off on that score. Gods Of Vermin doesn’t play out anything like a Kamelot record, with Palotai taking things in a much darker direction.

“I actually read that on certain fan forums, so that expectation is definitely there, but there’s no connection to the Kamelot sound with Sons Of Seasons,” he says. “It’s symphonic metal, of course, and my years in Kamelot have influenced me musically, but that doesn’t mean it’s changed my way of composing drastically. There’s that philosophy that good art is born more out of negative experiences. I don’t know if that’s true and I think it’s sad if it is, but I find it pretty hard to write about happy things, especially in metal. I think my personality has that tendency towards pessimism, that negative side, and I write a lot of my songs in that spirit. That’s why the Gods Of Vermin sounds the way it does.” 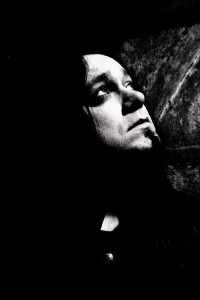 Palotai opted to push the envelope even further by enlisting Metalium vocalist Henning Basse to front the band. He admits to going with his gut instinct in asking Basse to join Sons Of Seasons, and the risk paid off as far as Palotai is concerned.

“At the beginning I was a bit afraid that he might have too much of that traditional true metal sound,” he admits. “I heard sing him live in Japan, and of course I knew who Metalium were, but I’m not a big fan of that power metal stuff. When I heard Henning live I thought he could do so much more than just that kind of singing. That’s also something that was very important for me; getting musicians into the band and finding those resources inside them that they hadn’t touched yet. I think Henning has a big variety in the way he can sing. He was absolutely open to any ideas. We recorded the vocals together at his studio and it was definitely a give and take collaboration. It wasn’t me saying ‘Do this and that.’ There was a definite flow of energy that worked really well right from the start, which was great because there has to be that chemistry between the singer and the main songwriter if things are going to work.”

When Palotai first joined Kamelot the thinking on all sides was that he would take on rhythm guitar duties as well as handle the keyboards. Things didn’t go as planned, however, and Palotai spends all of his stage time behind the keys. He’s far from bitter about the situation, however, particularly since he’s now able to play guitar with Sons Of Seasons as he chooses.

“We were talking about me taking up the second guitar from time to time,” Palotai says of the Kamelot situation, “but the keyboard arrangements are so full and there are so many layers that sometimes it’s impossible for me to get away from the keys for five seconds. I played lead guitar with Blaze Bayley for three years, I worked with Uli Jon Roth, so it’s nice to be able to go back to it. And of course, live with Sons Of Seasons I play both guitars and keyboards.”

While having a member of Kamelot strike out on his own is enough fuel to get people talking, people quite naturally locked in on an even bigger source for hype. Gods Of Vermin features guest vocals from Epica singer Simone Simons, who also appears on the album cover and happens to be involved with Palotai on a personal level. 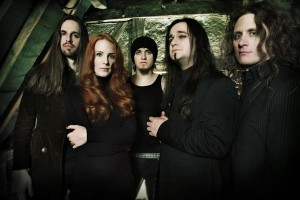 “Yeah, people are talking about that saying ‘Oh, you have your girlfriend on the cover, you’re just using her to get the band going;’” says Palotai. “The thing is, I’m writing songs here at home, so she hears the songs and she knows them before anybody else. She offers me some little nice ideas here and there, singing along, so she became part of the process very early. On the song ‘Wintersmith’, for example, she had a really striking idea which I wanted to use. She’s performed with us already and she will be at certain shows singing ‘Wintersmith’ or ‘Fallen Family’. I hope she comes out to perform as often as possible.”

Regardless of whether Simons comes out to perform, Sons Of Seasons will be taking to the road as Palotai’s and Basse’s schedules allow. Dates in their native Germany are set for May, with a European support tour in planning for the fall. A very necessary part of being a band, according to Palotai.

“Yes, that’s the case because I want to have a band, and bands have to go out and play live. I’ve picked the musicians carefully because I don’t want to have a bunch of egos that might kill the band in a few years. Every single band member is important. The thing is, we’re all session musicians regarding our income, so there might be problems in the future when dates clash. So, we might get a temporary replacement for short periods for drums and bass if we need to. Of course not for the vocals. But, the bottom line is I that want to keep this band together.”

Kamelot remains Palotai’s top priority, however, and he doesn’t plan on leaving anytime soon. A new album is currently in the works, and just as Palotai has become an integral element of the Kamelot sound, the band is an important part of his life.

“Like with many band’s I’ve joined I didn’t know them before I did. I wasn’t aware of Kamelot’s status, I didn’t know who they were,” he admits. “They’ve grown a lot over the last four years. When I joined they were already pretty big but it’s hard to say. There’s not a big difference between bands for me when it comes to touring – the tour bus, the backstage, all that – but I totally love playing with Kamelot. Every musician is really good, and because Casey (Grillo/drums) is also a jazz player sometimes we do these weird freaky things during soundcheck that we can’t do during the show because it might be considered too progressive. It’s a lot of fun being a part of the band.” 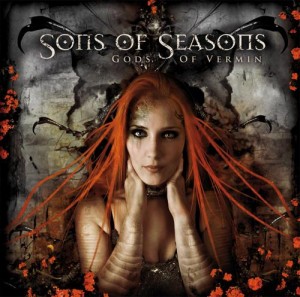