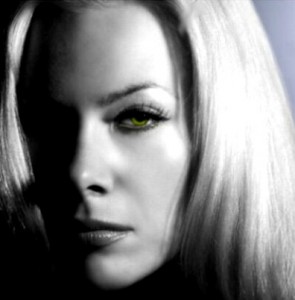 Vocalist Amanda Somerville has endured a healthy amount of good-natured ribbing over the years from certain press people for her claims of not being a metalhead. Her catalogue of projects, guest appearances and live shows dating back to 2001 screams proof to the contrary, an impressive body of work that gives her more credibility in metal circles than she ever bargained for. Even so, her first love is composing music for the moment that takes her. Rock, pop, new age, blues, ambient goth, the occasional silly commercial jingle, Somerville is capable of pulling off any style of music and doing it supremely well.

Her new album, Windows, is a showcase of her unique style(s), and sign that the world at large is starting to clue in to Somerville’s artist presence was the unexpected appearance of the album on a promo-sheet circulated by German metal promotional company CMM. Sandwiched between news of releases from Heaven & Hell (otherwise known as Black Sabbath featuring Ronnie James Dio) and doom veterans Trouble was Somerville’s name. This followed the original independent release of Windows by a few months, hinting that big things were the works. Not that the album was anywhere close to tanking without CMM’s helping hand.

“I didn’t do any promo for it other than announcing it on my websites so that any diehard Amanda Somerville fans – I don’t think there are too many quite yet (laughs) – could find it, so for that it paid for itself,” Somerville reveals. “That was cool, and that’s why I wanted to go with some real promo. I did some looking around, I checked out some different companies and I decided to go with CMM because they offered a distribution deal with it, and they’re close by so I could meet with them in person. That partnership is worth a ton because being an independent artist with a tiny label – I’m the only one on it – you can’t normally get your catalogue out through a distribution company. It’s not a label deal, though. CMM has a sub-company called SAOL (Service for Artist Owned Labels) that I’m involved with, and it’s kind of a risk-taker for both of us because they haven’t really done anything with my type of music. They’re more into rock and metal, so this is them going out into unknown waters.”

This second release of Windows is identical to the first song-wise, but it features new artwork that could have easily found a home on a metal album, such as the new HDK record she created with ex-After Forever guitarist Sander Gommans. According to Somerville it’s an accurate representation of the music contained within. 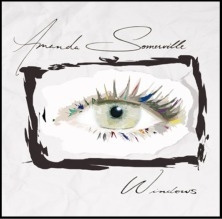 “The reactions from people were funny, because if you know me you know I’m not this serious, bitchy person, but my music is able to express this part of me that… this is why I can be so happy-go-lucky-funny-laughing all the time. I get my demons out in my music. It’s the same musically, just new packaging. The front and back covers are totally new, it’s going to be in a digi-pack, but sound-wise it’s the same.”

Windows marks the end of a nine year “break” between Somerville full length solo albums, although there have been a couple EPs since the release of her full length debut, In The Beginning There Was… With some of the songs featured on Windows dating as far back as 2003, it’s fair to assume Somerville would be somewhat bored with the material by this point.

“My last full length album came out in October or December 2000,” Somerville confirms. “So yeah, I’ve been living with these songs for a while (laughs). Talk about frustrated! If there’s a way to be musically orgasmically frustrated, there you go. Waiting that long between releases… holy shit! It’s not going to be as long of a wait for my next album. We actually have three new songs recorded for it. The goal is to have something new out in a year or two, and it’s going to be metal compatible. Windows was never meant to be one of these ‘I can do every style under the sun’ albums, I just did whatever I felt like at the time. Over the course of the five or six years that it was recorded I went through a lot of different moods, so it’s basically representing this huge timespan. I think for that reason it’s so diverse and eclectic. But, I feel Windows has a red thread running through it, as the Germans say. I took great care in choosing the song order, and I think it takes you up and down and all the way around in this cathartic journey. My point on the next album is to catch the mood and the phase I’m in right now, because you grow and change as an artist and a musician.”

Although Windows is hitting the proverbial shelves now, the first unofficial single (‘My Song For You’) was released in 2006 in video form. An impressive one at that, given Somerville’s status as a self-financed independent artist. Whether she’s able to release a second video remains to be seen, although it’s certainly part of her wish list. 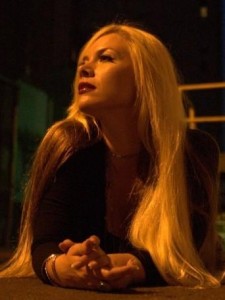 “I would really like to,” Somerville admits. “I’ve spoken to a guy out of Hamburg who’s done some really cool things, but because I’m pressing the CDs and getting the digi-packs made and paying for everything privately I’m not sure how we’re going to squeeze everything in without selling the car and re-financing the house (laughs). A video needs a pretty hefty budget if it’s going to be good. It’s a pretty powerful tool to be present on the internet, but I’m not sure how far you could go with viral marketing. I’m not reinventing any wheels here, and I’m not going to show myself naked for the sake of getting the video spread around. That’s not even original. It’s good to be out there, but I’m not sure when or if that’ll happen. I’m trying to get some live stuff together in the meantime just to get myself out there. I love doing videos, though. It’s a lot of fun.”

“It’s also a question of choosing the song,” she adds. “Back then I was totally in the mood for ‘My Song For You’. I had this idea when I was in Chicago and I went with it. Now it would make sense to do one for ‘Point Of Safe Return’, I would really love to do a video for ‘Carnival’, I have all kinds of ideas for ‘Mayday’, so I don’t know…”

“I think people have been really authentic in their feedback,” says Somerville. “They’ve really given Windows a chance. And it’s mostly been metal people writing reviews, yourself included (laughs). I think they’re genuinely interested, because if they weren’t they wouldn’t be wasting their time.”

In fact, interest has built to such a level that the German cosmetic company ArtDeco recently signed Somerville to their roster, selecting the song ‘Point Of Safe Return’ to spearhead their new international advertising campaign in a commercial. She explains how the deal came about.

“I’ve been in the top 20 to 50 MySpace unsigned artists on pop / rock / indie for a long time now, and I think they went through the top artists that were in Germany because they were thinking of using some major label pop princess, but that was too ungodly unaffordable. They sent me an email introducing themselves, and I’m always skeptical of things like that so I was like ‘Yeah, sure, whatever’, but I sent them a mail telling them they could call, and they did (laughs). They’re going international and they’re going through the US and Canada on HSN, doing some kind of special to introduce their products to the American market. They really want to break into the North American and Asian markets and expand their base in Europe, so the commercial is going to be running in over 60 countries.” 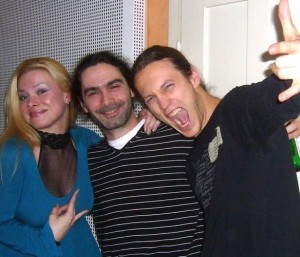 Regardless of how well Windows does or if the ArtDeco campaign explodes, Somerville says she won’t be leaving metal behind. At press time she was working with Epica on their next album and offered a glimpse of what’s to come.

“It always takes longer than originally schedule and this album is no exception. I still have a few things to record with Simone (Simons / vocals) – we’re doing the choir sessions at the beginning of May – and then I’ve got to do my vocals, backings and stuff. It’s the same kind of epic thing like the last album, but there are a lot of new things going on as well. They’ve got Isaac (Delahaye / guitars) now and Ad’s (Sluijter) not playing on the album, so that makes it quite different, and Arien (van Weesenbeek / drums) is doing some vocals as well. He’s not only an animal behind the drums, he’s also got a really cool voice, doing some grunting and speaking.”

As it turns out, Somerville’s role within the Epica camp has become a bit more hands on since their last album, The Divine Conspiracy, thanks in large part to the North American tour she did fronting the band when Simons fell ill.

“The vocal coaching thing basically turned into vocal production. I’ve definitely got more of a hand in the creative side of things. I’m co-writing a lot and they’re thinking about actually featuring me in a song instead of just doing backing vocals. Because of the tour my bond with each band member has gotten a lot stronger, because before I primarily worked with Simone and Mark (Jansen / guitars,vocals). They say I’m the not-so-secret seventh member of Epica (laughs).”

So much for not being a metalhead…

“You know, I don’t know if I can claim that anymore,” Somerville admits. “I’m so tainted (laughs).” 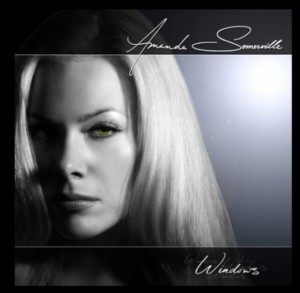 Go to this location to purchase Windows.

One thought on “AMANDA SOMERVILLE – Pick A Window”