Just a few several dozen words from the trenches. Well, actually, it’s just one trench, looks more like a ditch on the side of the Trans-Canada Highway…. 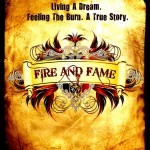 Books — Sales of Fire And Fame have been good but they could always be better, especially considering the positive feedback it’s been getting. Simply put, it’s a book for anyone who is sick as fuck at seeing American Idol and it’s festering “talent” show ilk making headlines. So if you’re smart enough to know that network-fed bullshit is just that, pick up Fire And Fame and you will be entertained. It’s a great story, and I had lots of great material to turn out a solid read (if I do say so myself). Check out the background info, some of the press quotes, and order it here.

I’ll see if I can get the Evil Minion (webmaster to the gods and lower life forms such as myself) to add 5 cents on the subject. He’s read the book, and the day he kisses my ass for any reason is the day George Dubyah is re-instated as POTUS. 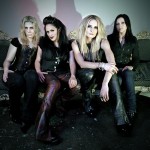 Music — On June 7th I’ll be launching a four part showcase on Scarlet Sins as part of a press blitz designed to generate enough of a buzz to get the ladies over to Europe to tour. A couple European publications have already confirmed coverage over the course of the summer and a respected booking agency has expressed interest in putting them on the road. This feature will offer a look at the personalities that make up Scarlet Sins and some insight on their forthcoming second album, due out later this year.

More stuff on the way including a short story or two… once I’ve dealt with my inability to use Spellcheck and thus prevent typos as they happen. Where’s my Liquid Paper…

And on that note I leave you with the greatest song in the world: