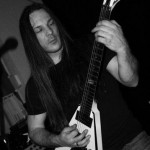 From a marketing standpoint German bashers All We Hate could potentially be a much bigger deal than they are. Namedropping plays an important role in the business after all, and when a band member can boast about having worked with Arch Enemy vocalist Angela Gossow in her formative years the logical move would be to milk the past for extra attention. Guitarist Pete Rode is neither shallow nor desperate, however, so while he’s never denied or slagged working with Gossow as a member of Asmodina and Mistress through the ‘90s he doesn’t make a big deal of it either. Upon approaching Rode about doing this interview, I asked if he would be willing to discuss The Gossow Years of his career (1992 – 2000, give or take) figuring it was quite possible he’d prefer to let the old days remain buried in the interest of his current activities. Instead he agreed, stating rather unexpectedly that “Angela has a lot to do with my band.” Make no mistake, Gossow doesn’t have a hand in All We Hate beyond the moral support one friend offers another. Save perhaps a support show here or there from time to time when the opportunity presents itself.

Rode explains: “Well, with Asmodina I had a lot of first times just like Angela. It was our first time on stage, we made our first demo, and it was our first band. I had a band before Asmodina but it was more like a long jam-session because the band had no name, didn’t record and never played a show. We learned how a band works, how you can make a song with five different people with five different opinions, and how a song should sound.” 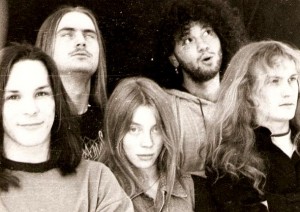 “I’ve never made a big story about my past with Asmodina and Angela,” Rode continues. “Only a few people know that we played together in a band. Another reason why I’m not often asked about it is the simple fact that it was a very long time ago. I played for Asmodina from 1992 to 1995. When Asmodina turned to Mistress I’d already done my own thing. A lot of people who go to our concerts today weren’t even in school in the early ‘90s. I think you have to search very long to find someone who brings Angela and All We Hate in connection in any way. Even the people who saw us at one of the two shows with Arch Enemy in December last year probably don’t know that someone in my band was Angela’s bandmate 15 years ago. I think they were probably wondering how an unknown underground band like us got the support slot.”

And how did All We Hate go over in front of Arch Enemy audiences? Was it business-as-usual or a special situation?

“I’ve played a few hundred shows in my life and I’ve seen a bigger stage and a larger crowd than in Pratteln (Switzerland) and Bad Arolsen (Germany), but for me this was a different thing,” Rode admits. “It felt bigger, there was more pressure, more adrenaline. We’re an underground band and normally we’re compared with other underground bands. To go on stage as support for Arch Enemy means that the people compare All We Hate with Arch Enemy. There’s no doubt who wins in that case. I know our borders, but for us as a band this experience was very valuable. Now the borders are a bit wider.”

Those shows were a rare chance for Rode and Gossow to catch up. In fact, the gigs officially ended close to 10 years of silence between the pair. Asked if the present day Gossow is anything like her younger self, Rode doesn’t really notice a difference in the way she carries herself now compared to the early days. 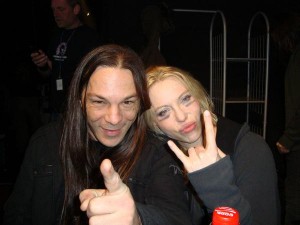 “I had no contact to Angela for almost a whole decade,” Rode reveals. “I decided to contact her again two years ago by email, so we had some contact a few times but we didn’t meet until the two shows I mentioned. I don’t know enough about what she’s like today to be able to compare but I don’t have the impression of talking to a different person. I think she’s still the same Angela I know from the early days. She was always very disciplined and as far as I remember she was only wild and out of control when we were on stage.”

Not surprisingly, Gossow’s vocals turned heads and blew minds back then, even more so than when she entered the pubic eye with Arch Enemy in 2001. The metal world was somewhat more reserved 15+ years ago.

“It was really unusual for a death metal band to have a female singer back then and today it’s still unusual,” states Rode. “I remember people often were wondering before the soundcheck what the young girl was doing on stage. When Angela started to growl you could often see people with their mouths hanging open.”

“I did not discover her. I take no credit for that. Angela was already there when I joined Asmodina. I believe she discovered herself.”

Looking back at the songs recorded with Asmodina and Mistress, Rode feels the material would stand up well on today’s death metal scene… barring some minor tweaking. 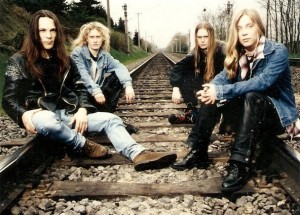 “Take a few musicians with better abilities than we had – that shouldn’t be very difficult – tune down the guitars four or five steps and record the songs with a modern sound, and I’m sure they would still work. I don’t know if they would blow you away, but nobody would call them crap.”

When asked for his opinion of Gossow’s work with Arch Enemy, Rode skips the expected ass-kissing that often comes along with recalling the old days.

“When I’m listening to Arch Enemy I don’t listen as a musician. At that moment I’m just a normal metalhead who enjoys the sound. I’m glad that I still can listen to any music just as a human being that loves music. I hate to criticize the work of other musicians. I like their music or I dislike their music, but I always respect them. End of story.”

Rode’s focus these days is on All We Hate. Currently unsigned, the band devotes its collective energy to the live show rather than securing the all important (and, these days, highly overrated) record deal. He offers a very brief history of what led him to this point, and an explanation for the band’s reluctance to record an album.

“I’ve been working steadily on music from 1987 up today and I’ve never had a break for more than a short holiday. After I quit Asmodina in late 1995, and a very short comeback with Mistress a year later, I joined Guerrilla, a thrash metal band from Cologne early 1997. I played about 300 shows with them and we were constantly on tour on weekends over half of Europe from 2002 until the band split. We had our last show together in September 2006 and Marcello (vocals) and I decided to form a new band together, All We Hate. In January 2007 we began with the rehearsals and in May 2007 we had our first show.” 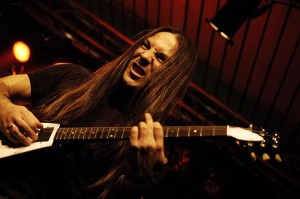 “At the moment we’re only interested in playing live because too many underground bands make albums. A demo would be enough but they all have the ambition to make an official release with a release party, just like the big bands. That’s vanity. Financially this makes no sense in most cases. The bands pay a lot of money for their release and then the people have to pay for the CDs. In the end the band that doesn’t lose money in the best case. A live recorded demo would cost them nearly nothing and they could offer their songs for free download. That’s exactly what we are doing. We don’t earn money but if we would make a release we would also earn no money. Yes, if a big company would come along and would give us lots of money….. but the chances of that happening aren’t that great.”

Stylistically, Rode has evolved as a guitar player to a level where All We Hate’s music appeals to the older fans that remember his raw death metal past and the younger crop of modern-edged melodic thrash followers. All We Hate is his way of showcasing everything he’s learned thus far.

“Asmodina and Guerrilla had already existed for a few years when I joined them and the style of these bands was fixed, more or less. When we started with All We Hate I had the chance to make the music, just how it flows through my veins, without worrying about a certain style. I’m the only songwriter in this band, I’m the only guitar player, and I write most of the songs alone. A lot of people compare us with bands of which I only know the names. Many people say that we play metalcore, but I don’t have even one CD of a band that plays that kind of metal. Overall the music I compose today is much heavier, the arrangements are straighter and the rhythm has become more important. Earlier I often made very complicated arrangements and put a lot of different riffs and melodies in one song.”

We’re not re-inventing metal,” Rode adds. “All our music is a result of what we listened to in the past and the present. Maybe a small part of our music is unique, maybe our way to combine all our influences is unique, maybe our way to perform on stage is unique. I can’t say I’m influenced by this or that band. It’s impossible for me to identify the source of the music when I play.”

Go to this location for information on All We Hate. Click here for Asmodina and Mistress audio samples remixed by Angela Gossow and Daniel Erlandsson. 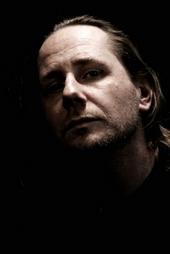 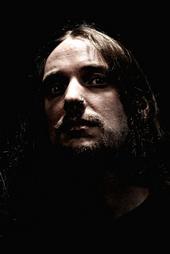 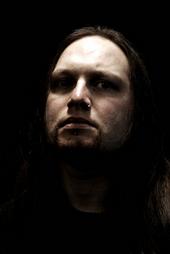 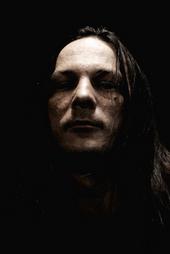