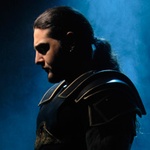 Just a quick heads up to keep your weekend more interesting.

For starters, I have an EX DEO story up on a brand new metal site called Metallus Maximus. In case you’ve been living under a rock, EX DEO is a concept-based project kicked-off by KATAKLYSM frontman Maurizio Iacono based on the Roman Empire. The debut album, Romulus, has been getting rave reviews across the board, this site included (check out my review here). My interview with Iacono is worth the read, if I do say so myself 😉 Click here to check it out.

With regards to Metallus Maximus, it’s been kicking around under the radar for a while but received it’s official launch last week. I’ll be contributing to the site from time to time, and lead instigator Hellboy has been kind enough to link my blog From Here To There… to the site figuring we’ll both benefit from the exchange. I tend to agree. I have NOT left BW&BK nor do I have any plans or reason to (they couldn’t get me out with explosives). On the contrary, having three sites to play around with gives me the chance to get rid of that annoying downtime. 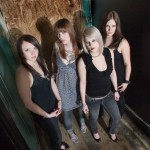 A brief note about the forthcoming KITTIE album, In The Black: it’s a keeper. Considering how much I used to hate this band I’m kind of amazed how much I’ve come to enjoy what they do. Last record Funeral For Yesterday was pretty cool, but In The Black is a full-on metal album. Dark, mean, aggressive, the ladies are wearing their CARCASS meets METALLICA influences on their collective sleeve. A review and interview with drummer Mercedes Lander are forthcoming, but for now I can say that ‘Forgive And Forget’ one of the best Canadian metal moments of 2009 thus far, right up there with EX DEO, THE AGONIST and BLACKGUARD. Riffs, shred, double bass, and the coolest pre-solo über-growl put to tape… oy! indeed. Go to this location for updates and audio samples. Release date is set for September 15th.

And finally, I’d like to thank Bif Naked for reminding me that honey is, in fact, bee vomit 😉 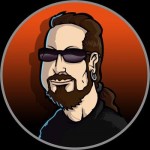