“Nobody could copy Midnight, but Wade fit the Crimson Glory style,” Drenning says of choosing Black, who is arguably the closest they could have gotten to a worthy successor. “Astronomica was originally written and recorded for Midnight. He had agreed to sing that record, but when it came time to actually start recording the album Midnight was going through a difficult time in his life. He felt that he couldn’t do it and he just wasn’t in the condition to do a whole record, so we were in the position where we either had to shelve the whole album and do nothing or finish it. Jeff and I elected to go ahead and finish the album with Wade, but our first choice was Midnight.” 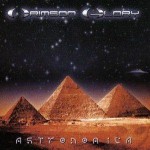 “Some of the songs we recorded for Astronomica, like ‘War Of The Worlds’ and ‘Touch The Sun’, they were written back in the Strange And Beautiful days. You may not know this, but Strange And Beautiful was always intended to be a double album. Midnight, myself and Jeff (Lords / bass) were writing a double album, with the Strange part being the heavier songs that didn’t get used on the album because the record company didn’t want us to do a double record. They wanted a single record and weren’t as keen on the heavy material as we were, so the Beautiful side became the whole record. Heavier songs like ‘War Of The Worlds’ got put on the shelf and used on Astronomica.”

“When people hear that I think they’ll understand where we were going with that album,” Drenning adds. “We weren’t trying to pull a U-turn on people, we just wanted to create a new dimension of Crimson Glory and show people that we were more than just a heavy metal band. We wanted to do something that was different, but we also wanted to bridge the fans to our other sound by having the double album with more traditional Crimson Glory material on it. It would have given the fans a new perspective on the band.

“I have no doubt that the fans would have been very pleased with the result had we been able to make Strange And Beautiful the way we intended.” 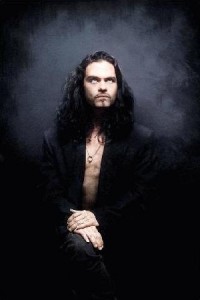 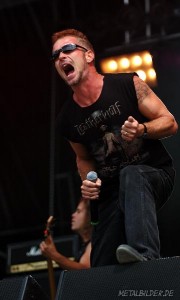