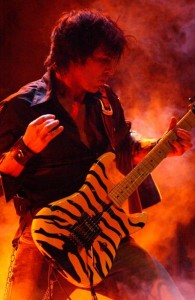 “Well, maybe not a circle; I would say the trajectory would be more in line with an obtuse triangle or a dodecahedron (laughs). So many things affect that the way your creativity evolves, or devolves. That’s the reason I love doing this. It’s really an adventure and every time I sit down to write or form a band I’m not sure what’s going to happen. To just try and recreate a past event or state of mind is an exercise in re-animation. I have no interest in bringing back the dead unless I’m getting paid a butt-load of cash to do so.”

Souls Of We is signature Lynch, albeit written from the gut rather than with a blow-the-doors-off-shred mission statement stapled to his forehead. The playing is instantly recognizable to anyone who has followed his career, and there are several moments on Let The Truth Be Known that would fit quite nicely on Smoke And Mirrors. Beyond working with former Brides Of Destruction vocalist London Legrand, it makes you wonder why Lynch would bother dividing his music between two bands rather than saving everything for Lynch Mob. 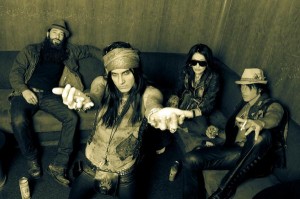 “You know, I wish I could say I had a plan but I never do,” Lynch says of launching Souls Of We. “All this is, is a jam that exposes a riff and a groove which I add more riffs and chords and changes to and hand off to London, who does his magic. Of course I’m distilling a very laborious and involved process down into its essential components. A lot of thought does go into creating our records but the initial ideas are spewed out almost unconsciously. The follow-up ideas that are based on the initial riffs are reactionary.”

“I wrote all the music,” he adds. “I was working with a great vocalist, Andrew Freeman, who worked with me developing some of the lyrics and melodies. I invited London in because we had worked together before he was in Brides Of Destruction. He continued to flesh out the vocals over the existing music. It was an amazing experience to watch these songs grow up. Some of these ideas were songs I had been working on for up to five years. London came in and brought it all home for me. Even if this record is a complete commercial disaster I’ll always mark it as one of the musical highlights of my life.”

No matter how much time passes, Lynch’s fans have a long collective memory and are still begging for another ‘Tooth And Nail’ or ‘Kiss Of Death’. Even so, Souls Of We has earned a certain amount of credibility and acceptance amongst the purists. It may not be exactly what they wanted, but Let The Truth Be Known isn’t another Smoke This or Shadowlife, for which they’re grateful.

“I believe you can generally categorize most people into two groups; politically you’d call them conservatives or progressives. The conservatives rely on old answers and ways of doing the more open-minded group. When someone is critical of some body of work that I’ve created because it’s strayed from a formula that they’ve grown accustomed to, I believe it may be because they’re built to look at things in that way. I don’t want to alienate anyone, but it would be very unrewarding on all but a financial level to just stick to the same old formula. That’s what they have tribute bands for.”

“As far as my ‘shred-cred’,” Lynch adds, “just in case anybody was actually listening, 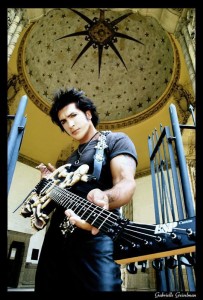 I really wasn’t that good of a guitarist back in the day. It was all smoke and mirrors. I’ve become much more comfortable in my own skin as a player and a lot more confident in my abilities. My problem is I’m both a very driven person and also incredibly lazy so if I don’t keep my chops up I can definitely suck. You have to try and constantly maintain and exceed your abilities, especially with the caliber of players out there today. I don’t know where they’re growing these kids or what planet they’re from but they’re ridiculous (laughs).”

With regards to actually returning to his ‘80s style of playing at some point Lynch has adopted a line of thinking shared by Loudness legend Akira Takasaki. Both could easily crank out their respective brands of over-the-top ‘80s fireworks that made them famous, and they do on occasion, but only if it makes sense to do so. Showboating is no longer necessary or satisfying.

“Being a guitarist from the old school cutting heads era, I’ll always be a competitive player, but I think I play smarter now by not trying to beat other players at their own game,” Lynch offers. “I change the rules and circumvent having to go head-to-head by creating my own voice. Once you’ve done that the direct comparisons are over because now it’s just a matter of subjective taste. I’m not saying that I intentionally created my own style for that reason, but having a unique voice to my playing has distanced me and insulated me to an extent from other players. I could write and play that old shit till the cows come home, and maybe if we ever do a Dokken reunion I’ll do that, but I’d much rather go to my grave creating something that mattered and at the same time stayed true to that ideal song / riff / groove that keeps playing in my head and that I’ve been chasing for most of my life. And I hope I don’t catch because then it’s game over (laughs).” 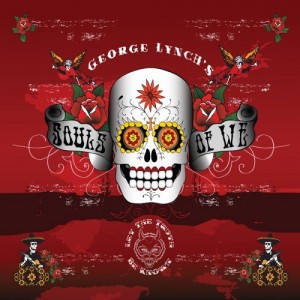 For more information on George Lynch go to this location. Click here for info on Souls Of We, and here for the latest on Lynch Mob.

Stick around, there’s more on the way…