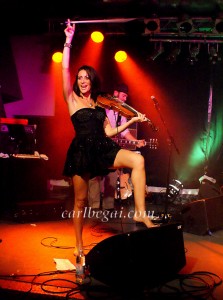 I’m one of those know-it-all people that believes no matter what your favourite type of music might be, embracing other genres is a good thing rather than a sign of weakness. I figure the vast majority of people think the same way, even if many will never admit it for fear of being humiliated in front of or by their peers for liking something no one imagined they would. Everybody knows a Lord Tuffguy Doodness III; the bad-ass music cop who will scream about the glories of _____ metal to the ends of the earth and denounce anything other than his choice of noise as baby food for toothless wimps, yet he owns the entire Beatles catalogue, listens to Michael Jackson when he thinks nobody’s around, and would give his left testicle to see Christina Aguilera in concert. If only he wasn’t so bad-ass. Folks that hide this other side of their quite obviously healthy musical taste are doing themselves a disservice.

I was recently reminded of just how valuable and rewarding having an open musical mind can be.

Back in 2008 I contacted Trans-Siberian Orchestra violinist Anna Phoebe about her solo album, Rise Of The Warrior, expressing interest in doing an interview for BW&BK (found here). We’ve stayed in contact since then and I’ve followed her various outings to the Middle East, her continued work with Jethro Tull and TSO, and was introduced to a brilliant prog-ish metal outfit called Jurojin that she’ll be working with in the future. As luck would have it, a tour with her other part-time full-time band Oi Va Voi brought Anna through my neck of the woods, giving me the rare opportunity to get out and hang with one of the musicians I’m privileged to know.

I knew going in that Oi Va Voi wasn’t metal. Their sound is folk-based and bluesy, the sort of band one expects to see in a small high-end downtown New Orleans bar. They have a few songs composed entirely in Yiddish. They have a clarinet in their line-up, a sure sign one in no longer at the Rape And Pillage Metal Bar 101. Not the kinda thing I’m used to attending. But, I went without a second thought, not only to meet up with Ms. Phoebe but to see how her high energy Trans-Siberian Orchestra persona translated to a much smaller stage. Footage on YouTube suggested I wouldn’t be disappointed, but I never expected to receive a full band ass kicking.

Quite honestly, the show ranks as being one of the best I’ve ever seen. I was indeed out of my element – my Testament shirt, worn as an inside joke for Anna, kept me warm – and I never expected to enjoy myself as much as I did. The band put on a high energy yet intimate 90 minute set, taking the packed room of adoring fans on a ride and giving the newbie an education.

A vocalist that captured the crowd with her whiskey voice and charisma. A guitarist that can play anything with strings. A drummer who could outperform Queensryche’s Scott Rockenfield given the chance… and a second bass pedal. I was blown away by all of it. Even the frickin’ clarinet and trumpet players rocked. As for Anna, she’s the ultimate performer regardless of the size of the crowd or the style of music.

I listen to Oi Va Voi’s latest album Travelling The Face Of The Globe, purchased after the show (thanks Red), and I’m reminded of the value of old dogs like Yers Trooly being open to learning new tricks. 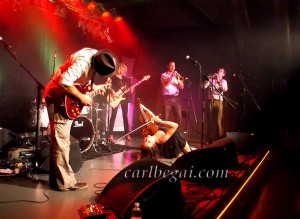 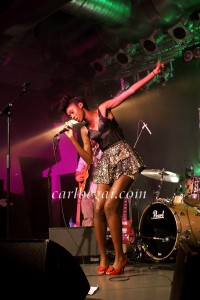 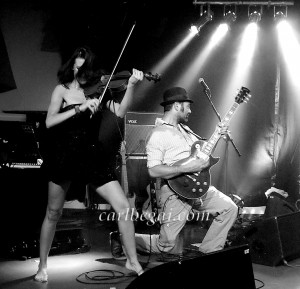 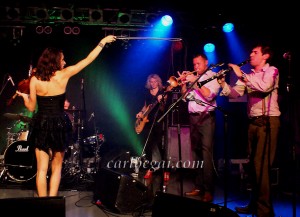 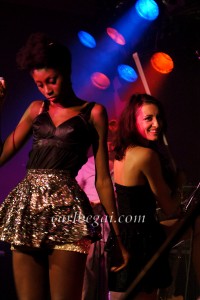 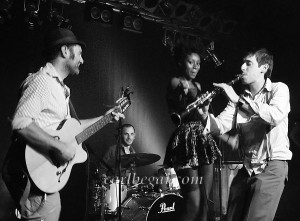 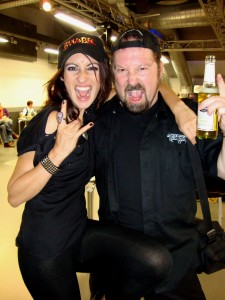