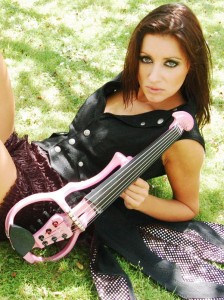 “It keeps things fresh, definitely,” Anna says of jumping from one band to the other, in this case quite literally from one day to the next over several thousand kilometers. “I love playing in arenas; it’s what you dream about doing as a musician, playing in front of 15,000 – 20,000 people every day for three months. The Trans-Siberian Orchestra is an incredible opportunity and touring on that level is definitely different from touring with Oi Va Voi, but sometimes TSO is so different from reality. You always forget just how big it really is, so when you first walk into rehearsal it’s like ‘Wow…’ The reality of being in a band is you’ve got 12 people stuck on a tour bus with no money, you’ve got to set up and take down your own gear, you take whatever’s left over from your rider and cram it on the bus because that’s what you’re going to eat for lunch the next day (laughs). I’m sure (TSO guitarists) Alex Skolnick and Chris Caffery go through that, and I think it’s good that we do because it keeps things fresh and real. There’s also a certain energy you get from playing a club with people right up in your face. Sometimes the stage is really small so we’re almost standing on each other, but that’s okay because it gives my knees a break (laughs).” 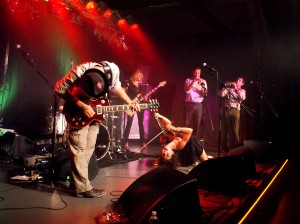 For those unfamiliar with Oi Va Voi, Anna is a permanent member and not a mere session player. She offers a brief description of her other family:

“Oi Va Voi has been going for about 10 years now, and the founding members had a Jewish history, so they started off by doing this sort of crossover music and updating the traditional klezmer band idea. A bunch of people have joined the line-up over the last few years. I actually met them in a little club in London about eight years ago, and like everything I do I ended up joining them by accident (laughs). The music is different from TSO or Jethro Tull, but I think I always play the same. I’m the same person on stage with all these different bands, and the way I play is based on the style that I’ve developed from playing is those different situations.”

As well as performing with TSO, Oi Va Voi and Jethro Tull, Anna devotes as much time as possible to her solo career. Her second album, Rise Of The Warrior, has been available digitally for approximately a year and she will continue to push it as well as start work on the follow-up in 2010.

“The digital release has really worked out,” Anna reveals. “I’ve pretty much made the money back that I spent on it, but it’s not just about that. I would like to get it distributed properly, though, because I think there are a lot of people that are unhappy with iTunes and having to use the digital technology in general. They want the CD because it’s not just the 15-year-old kids that like the music; there are a lot of older people that like it. If you look at the TSO crowd you can see we’re appealing to a wide range of fans and some of them follow me and my music. I think the problem with only doing digital downloads is that you’re probably missing a bunch of people. I’ve also noticed that on the metal scene there’s a very loyal fanbase that want to buy everything you have and they want to have it in their hands. I’d love to have the album distributed properly because it wasn’t just about getting a CD out. You make music so other people can hear it, right?”

Many of the people that have locked into Rise Of The Warrior are the metalhead contingent of Trans-Siberian Orchestra fans. There are very obvious folk and Eastern influences in the music for an added dynamic but the album is metal at its core, proving Anna is genuinely committed to the genre. 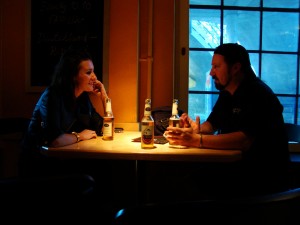 “I find that metal fans – and I’ve only really been exposed to that genre over the last few years – I’d say that they’re usually the nicest, most down-to-earth people,” says Anna. “And the musicians on stage, they’re the most educated musicians around. You take someone like Alex Skolnick or Al Pitrelli; they’re amazing technical players and they have such wide, deep musical knowledge. What I find really hilarious is that the metal people are so into the Rise Of The Warrior stuff – Scott Travis (Judas Priest) asked me if I needed a drummer – because that’s what they hear, but I’ve played the album for some classical musicians who play with the London Philharmonic Orchestra and they’re saying ‘Wow, it’s really classical…’ (laughs). I use the music as backing tracks when I play the Middle East and I’m told it sounds very Middle Eastern, and the Trans-Siberian Orchestra fans think it sounds kind of like TSO.”

When she finally gets around to fleshing out the music, Anna says the next album will most likely follow in Rise Of The Warrior’s footsteps while taking more elements from her less obnoxious Gypsy EP.

“In some ways doing Rise Of The Warrior took me back to the classical stuff – it’s really symphonic – and writing with a keyboardist (Joost van den Broek / ex-After Forever) is very different from writing with a guitarist. That was the base of the album, which is a very classical setting, but it’s also very metal. I’m really happy with the balance of strong melodies and how dark it is. I love that direction and I think I’m going to keep going that way. I want to start writing again next year and I’ve already come up with some ideas, but I’d like to add more classical and more gypsy elements to the music.”

Whether the next album will be another collaboration with the musician behind Rise Of The Warrior is up in the air at this point. Anna plans of bringing the album to the stage in 2010 are a little more concrete, with preparations already underway.

“I’m working with the guys from (UK prog metal act) Jurojin because I was looking for a band to do some gigs. I tried to put a band together at home in London earlier this year because all the guys that play on the album are from Holland, so flying back and forth for rehearsals would be expensive. I couldn’t find the right kind of musicians, the sort of people that have the right sensibility about their playing. Then I met the Jurojin guys and things really clicked, so they’ve been learning how to play my music and we’re going to schedule some shows at some point. I’d love to work with Joost and the other guys again for a new album, but I’m also going to try writing with the guys from Jurojin. We had one session – a living room jam (see below) with me, the guitarist Nic, and tabla player Sim – where we did acoustic versions of two songs from my first solo album. They’re really open to working like that, and those are the kind of musicians I want to work with.” 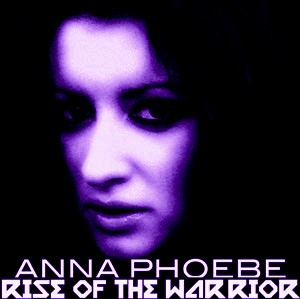 For more information on Anna Phoebe, including details on how to order Rise Of The Warrior, go to this location. Live pictures of Anna performing with Oi Va Voi can be found here.

3 thoughts on “ANNA PHOEBE – Beyond Siberia”