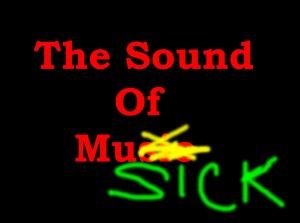 The other day I was getting my daily fix of online music news and stumbled upon an article on Yahoo! discussing the new music poptart Ke$ha. Seems the sweet young thing, according to Nielsen SoundScan, racked up some huge numbers for her first digital single ‘Tik Tok’ prior to the release of her debut album, making her something resembling a big deal (click here for the info). Curiosity piqued, I tripped on over to YouTube to see what the fuss was about and was suitably appalled. The young lady is easy on the eyes, sure, but I found myself wondering yet again what it is that makes people buy into someone that is quite obviously devoid of talent beyond her nose piercing.

What set me off was the fact that all the vocals on the song are auto-tuned. Not just a little bit, either. There isn’t a single tone that comes out of the girl’s throat – or any other orifice for that matter – that wasn’t process cheesed by a computer before going to tape (yes, I said tape; I’m old school but you know what I mean). And it’s not just the one song; I did some checking and it’s the whole bloody album. From where I sit in the Castle Of Know-It-All Arrogance this is one of those things that is unforgivable in music, and the folks responsible don’t deserve the financial windfall that has and will continue to come their way.

For those that don’t know what auto-tuning entails you can get background via Wikipedia, but in a nutshell it’s a case of using computer software to correct notes that are sung off key (sharp, flat, plain old talent-free horrible) and make them pretty in perfect. Meaning you can be a potentially sexy tart of a girl with delusions of grandeur and a stage name that’s a pain in the ass to type, be unable to sing your way out of a karaoke contest with a mute person, and record an entire album of sterile pop ditties to the tune of “Ka-ching!”

Funny thing is, it’s quite easy to tell when someone has used auto-tune because they sound like they swallowed a harmonica (aw crap, you can hear what I mean here). There’s no escaping the finger-pointing. Give it a few years, of course, and the technology will be refined to a point where no one is the wiser.

Pisses me off, it does. As far as I’m concerned if you can’t pull it off in the studio and on stage without crutches, stay the fuck home. You have no business being anywhere music. But, no matter how much I bitch and complain the simple fact of the matter is the technology isn’t going anywhere. So long as a pretty face (female or male) can be turned into a pretty cash cow auto-tune will be a staple in the recording process regardless of genre, criticism be damned.

I know I have more talent as a singer than these “stars” do, even if the only range I have is in the kitchen and used to make bad-ass Japanese stir-fry, but I also know my limitations. Leave the singing to the folks who know what they’re doing in that particular line of work. But, since I have to accept the fact that auto-tune is here to stay I have issued a set of requirements that I believe should be instituted for the losers that insist on using it. All in the interest of saving humanity from some of the worst kind of noise pollution:

— You must be able to use the word “music” in a sentence. Example: “I don’t really have any musical talent…” (See what I did there? Root word; look it up).

— You must exhibit some level of musical aptitude, even if it means being able to play one of those Fisher Price xylophones. For the record, a xylophone is not a new model iPhone. If you find this tidbit of information confusing please stop reading.

— If you choose to start or join a metal band, dump all auto-tune software prior to getting anywhere near a microphone or studio. Many metal bands have gone on to become quite successful because the frontmen (and some frontwomen) can’t sing. You’ll fit right in; just remember “death metal” and “black metal” as keywords for achievement.

— Covering any songs by The Beatles could result in punishment with something heavy as a really heavy thing. You won’t enjoy it. We will. (Come to think of it, go ahead…)

— Under no circumstances will you or your keepers attempt to arrange an Unplugged show. Everyone likes a good car crash but charging people actual money to watch one is immoral. Remember, there’s a reason why your voice is plugged in.

— Be honest. When asked what inspired you to take up music the proper response is “that fat cheque book beside the casting couch” and not “I’ve been singing since I was four years old.”

— You did not have a vocal coach in the studio. You had a High Priced Engineer.

— Be honest. When asked how you were discovered the correct answer is “because of my sexy / buff pictures on MySpace” and not “I was in Times Square and people were gathered around as I did my five part harmony version of the Rush classic ‘YYZ’.”

— When giving acceptance speeches for winning Best Something awards or for going multi-platinum with your first overrated single do not thank your air guitar / air drum video band. Make sure you thank Microsoft, Apple, Pro-Tools, and most importantly Antares Audio Technologies for allowing you to not be homeless. Don’t forget your High Priced Engineer.

— When it becomes clear that you are in fact a one hit or one album wonder, go away. Don’t try and do a “real” or “natural” album #2. There are easier ways to torture people, and they are much more humane.

And on that note I wish you well.

In tune, without help 😉