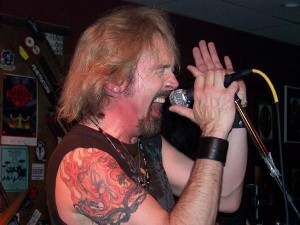 Back in 1997, before the internet ruled the music world, I accidentally stumbled upon an album entitled Project One by the Japanese band Saber Tiger. I was (and remain) a fan of Japanese metal, and even though I had no idea who guitarist / ringleader Akihito Kinoshita was at the time, the musicians on the album with him had more than enough credibility to hold my interest: Anthem bassist / founder Naoto Shibata, ex-EZO drummer Hiro Homma, and vocalist Ron Keel.

I bought the record without hearing a note.

It kicks my ass to this very day. The shred, the melodies, the bigger-than-fat bottom end, the huge production… it’s a crying shame the album went largely unnoticed outside Japan because it’s a keeper. If you’re a Keel fan, it’s something that should be on your list of Albums I Need Before I Die. It’s also the heaviest album he’s ever made.

I recently spoke to Mr. Keel for BW&BK about his band’s comeback album, Streets Of Rock N’ Roll – the interview will be online soon – and had the opportunity to ask him about how he became involved with Kinoshita and Saber Tiger. He was kind enough to share the highlights: 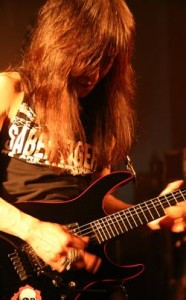 “It was an amazing experience,” says Keel. “At the time I was singing country music in a bar in Phoenix, making $50.00 a night. I enjoy playing that sort of honky tonk stuff from time to time, but 50 bucks a night isn’t a lot of money (laughs). And we were playing for five hours a night. One night I got home at 2:00am and I’m half lit, and there was a fax waiting for me on the machine. It was from Fandango Records in Japan saying ‘We’ve just signed Akihito Kinoshita, he is the Yngwie Malmsteen of Japan, he has three Greatest Hits albums out, we’re looking for an American singer for his next album.’ The idea being that they wanted to be able to sell the record in Europe and the US. At the end of the fax is said ‘How much would you charge to make a contract?’”

“I had a few cocktails in me so I called them up, told them who it was, and they pretty much re-iterated everything that was on the fax, and then asked how much it would cost for me to make the album. I said ‘80 grand’ (laughs).”

“They started sending me the recordings, and they had a Japanese lyricist who was writing lyrics for these songs that didn’t make any sense. I told them that if they wanted to sell the album in Europe and the States they needed some Ron Keel lyrics, let me write them. They had the melodies mapped out on sheet music, I was getting 30 K, so it was my job to come up with the lyrics for those exact melodies as they were written. If I needed seven syllables I’d count them out on my fingers (laughs). I did the lyrics for the session, went to Japan to record the album.”

“That’s one of those records I’m still proud of. I listen to it all the time, it’s great driving music, and I’ve always wanted to do another. If at some point I do another solo album I think I’d like to do something that heavy and that progressive. It was an incredible experience, it was a brutal session. I was puking and dying and sweating my ass off… I earned my pay (laughs). I love that record.” 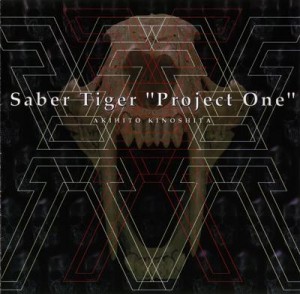 Go to this location to purchase the album.