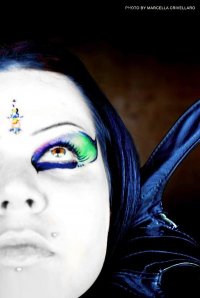 The name Sarah Jezebel Deva will forever be associated with Cradle Of Filth, but that hasn’t prevented her from striking out on her own. The first shot came in 2006 with the unfairly overlooked Angtoria debut, God Has A Plan For Us All, and following an extended silence that included her official – if downplayed – departure from the Filthdom she has returned with a full- fledged solo release, A Sign Of Sublime. It’s a move that caused a certain amount of confusion amongst her diehard fans when word first came down in early 2009 given Angtoria had really only just gotten off the ground, and convincingly so. Sarah remains unapologetic in the her decision, however, making it clear that it had nothing to do with wanting more of the spotlight. A Sign Of Sublime was created to fulfill her need to make music on her own terms. Angtoria, meanwhile, is alive and well, to be revisited when the time is right.

“A Sign Of Sublime has nothing to do with Angtoria, not a follow-up,” she says. “It’s just music. Just an album, be it good, bad or just OK, I love music and I love singing. Angtoria is still together, people are just busy building a life for themselves and family. When you’re struggling to pay your bills and support your family you must put everything else above music and that’s what people have had to do. So one day it will happen and we’ll get Angtoria back and push it further. As for ‘unfairly overlooked,’ well, you have to remember everything is about money. People won’t do things for free and it’s all about what’s in and what’s popular and will make them (the record labels) money. In the ‘80s it used to be about the music, about the metal. Now it’s about numbers and dollar signs. Listenable Records did a lot for us but if we weren’t ready to tour there was only so much they were gonna put into us, and that’s totally fair. At the time Cradle Of Filth was my priority, something I kick myself for really ‘cos all the years I put into it, what do I have to show? Fuck all! It’s all swings and roundabouts, and life is full of lessons and chances.”

Sarah’s split with Cradle Of Filth was remarkably low key, her 14 year tour of duty ending in late 2008 without drama, kind words, or even a whimper. 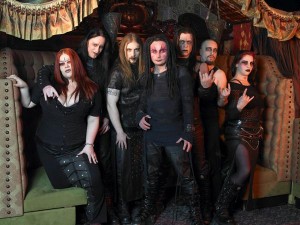 “That’s probably because Dani (Filth / vocals) and Paul (Allender / guitars) didn’t feel it was worth mentioning and I didn’t feel it was worth announcing,” Sarah explains. “I’m just the backing singer, right? And yet another line-up change never looks good. It’s funny ‘cos I was just about to send the email saying I wasn’t gonna do it anymore, and just as I was about to write it an email came my end saying there’s not a spare bunk so I’ll have to sit out this tour, but then it escalated. No hard feelings, business is business. I feel it was my fate. Fourteen years of ‘oohs’ and ‘aahs’… I’m almost 33! It was time to move on. So good luck to them, Paul especially with his art. He needs to focus on that. He’s brilliant.”

Choosing to go solo, although she considers A Sign Of Sublime a band effort, boils down to Sarah’s “Why the hell not?” mindset. Joining her on this little adventure are Cradle Of Filth / Angtoria bassist Dave Pybus, ex-Cradle guitarist / keyboardist Martin Powell, Angtoria / Abyssos guitarist Chris Rehn, and ex-Trigger The Bloodshed drummer Max Blunos.

“I hadn’t done anything in a while and I wanted to. Not everything has to have a reason behind it. Everyone added their own character to it, everyone made sacrifices, but it was written in a way that everyone had their freedom. No dictator, everyone was as equal as can be. I mean, you have a vision and it never ever turns out the way you plan. Mistakes happen and it sure happened with this, but y’know, again, it’s not about perfection. It’s about passion and energy, it’s not showing off or trying to score points with metal mags. We’re musicians and just trying to do something with our lives.”

In comparison to Angtoria, A Sign Of Sublime makes much broader strokes musically. It’s considerably darker, heavier, and big on making and taking forks in the road. ‘They Called Her Lady Tyranny’ sounds like a Cradle Of Filth tune minus the shrieking dwarf, for example, while ‘The Devil’s Opera’ is worthy of a Disney In Hell soundtrack and ‘Daddy’s Not Coming Home’ could easily be pushed as a Top 40 radio single. Sarah chalks up the album’s diversity to a combination of not concerning herself with people’s expectations and fate dictating how things would play out in the end. 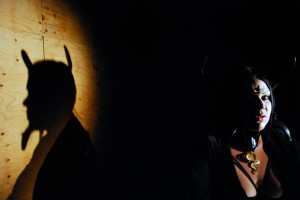 “I had a vision and it didn’t turn out as I wanted, but that’s not negative either. Things don’t go as planned and some go even better than you thought. When I do music or ‘add’ to others I don’t go in with a cloak and a bottle of red wine to get me in the mood (laughs). I’m a very positive person. I hate this goth label that I’m still getting; there’s nothing goth about me (laughs). I’m a black metal girl. But, I have many many musical tastes, ranging from Bjork to Burzum, from Mysticum to Mariah Carey. I’m not narrowminded in any way, like when I was a kid, and as a musician you can’t be narrowminded. You just hold yourself back if you are. Whatever path this album took I would like to say it was a different one. No set style and no set pace. I think and I hope I accomplished that at least.”

“It’s funny because I did an interview last night and the interviewer thought ‘Daddy’s Not Coming Home’ sounded like Cyndi Lauper. My boyfriend said it reminded him of ‘Janie’s Got A Gun’ by Aerosmith, others have said Tori Amos and Madonna. We all have a way of connecting to music and everything is compared. I think it’s every musician’s dream to do something unique. You told me it really grows on you and I think for some it will take a lot of playing for it to grow on them simply because it’s a mixture of genres. And that’s good enough for me.”

One major sticking point for some people on A Sign Of Sublime will no doubt be the length of the album. Nine tracks total – eight songs and an intro – clocking in at a mere 38 minutes. To Sarah’s credit, keeping the things short allows the songs to make an impact both individually and as a complete package. There’s no slogging through ball-scratching filler to get to the end, making repeat listens welcome rather than a chore.

“An old discussion with someone a while back on a band that released 14 or 15 tracks on one of their albums, brings up a good debate really,” Sarah agrees. “On the negative, you shoot yourself in the foot because all that is expected from an album these days is ‘X’ amount of minutes on an album, so putting two albums’ worth on one album, well, I personally don’t see the point. Plus it can become very boring for the listener. The positive is it’s value for money for the listener. For me, in this case, the album is short and sweet. Nine songs is the prefect amount but remember, there is a cover (‘Bitch’ by Meredith Brooks) which I love and no doubt I will get slagged off for (laughs). But hey, my life! Music should have no limitations. We could have done more songs but again, I didn’t want people to get bored. The album is very different as it is.” 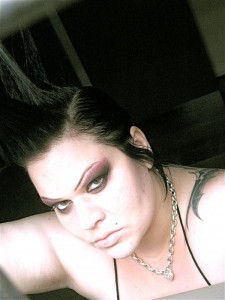 Much to Sarah’s chagrin the album will almost definitely be lumped in with the symphonic metal crowd thanks to her singing style(s) and the classic orchestration used to fill out the songs. The fact she’s female and fronting her own band further guarantees she’ll be propped up against the likes of Epica and Nightwish.

“I couldn’t give a toss about being popular or fitting in or being part of any scene,” she states. “I’m me. I’m not into these female fronted bands, sorry. Black metal really is my thing but that doesn’t mean I wouldn’t listen to it and don’t appreciate what they’re doing. Good luck to them. It’s not a competition. It’s not about being sexy, it’s about the music. If I wanted to be sexy I would have joined Weight Watchers, had a boob job and surgery. This is music, not the catwalk! Since when did metal become about being sexy? It annoys me. People throwing shit at people because they have the balls to get off their computer and make something of themselves? I have amazing friends, I love my boyfriend, and their support and point of view is more important to me than any category I could be part of. I may rap my next album, that will really piss people off (laughs).”

As for the future, Sarah isn’t big on writing things in stone…

“Life is for living. There may be another solo album, who knows? I have the Kovenant show coming up; if it happens, great! I’m really looking forward to it. We’re all adults now, not the same people we were 12 years ago for sure. Also, a few years ago, I let Necro down (the death metal rapper). We’ve been chatting, so if that comes my way again that will be cool. But as I said, solo or session, no limits ‘cos singing is my world.” 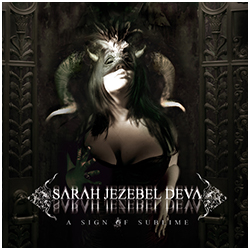 — intro pic by Diana Racila
— punk pic by Lauren Such

For information on how to order A Sign Of Sublime and to hear audio samples go to this location. Check out two causes supported by the very real and down-to-earth Ms. Deva below. 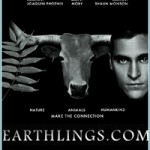 One thought on “SARAH JEZEBEL DEVA – Sign Language: The Itch Of The Twitch”