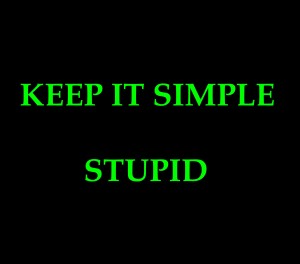 A close friend of mine recently suggested I check out a Canadian band he’d come across in his travels. We’re always sharing our musical discoveries, so I trusted his judgement when he pointed me in their direction. I wasn’t “Why-in-the-hell-aren’t-they-signed?” bowled over by what I heard, but they didn’t make me feel like I’d just wasted my time wading through the usual MySpace layout hiccups to get to the audio samples either. What really grabbed my attention, however, was the band’s biography. In a nutshell, if my presence on that page had been a scene in a splatter film I would have been ripped apart by a bag of exploding adjectives.

It was two or three paragraphs shovelling the required industry bullshit about how much the band rawked and smoked and was the best thing since ketchup-flavoured Crispers. The piece was loaded down with so many descriptives and flowery turns of phrase that it read like a car salesman’s Scrabble tournament. I couldn’t get through it without laughing. A few days later I found out from the gentleman running the band – after I told him in an email what I thought of the bio – that it had been assembled by a “professional” writer. Uh huh. I can just picture him / her sitting there tippitytapping away on his / her computer trying to figure out what’s stronger than “dynamic”, “unleash” and “charismatic”, then realizing “megasplendiferous” sounds pretty fucking edgy.

I was reminded of the three hours of my life that I wasted back in 1991. At the time I was working as a landscaper in Toronto. It was by far one of the best jobs I’ve ever had, with the exception of the winter months when I was on-call for snow removal at the townhouse complexes the company maintained. Anyone who knows anything about lake effect weather in Toronto in January will understand when I say it would have been far more enjoyable driving blunt nails into my feet with my bare hands. Thus, after three years of winter mayhem I opted to look for an indoor job to tide me over until the spring thaw.

My search led me to an ad by a big name publishing firm looking for people to fill out their marketing department. I made a Monday morning appointment, and upon my arrival I quickly discovered I’d been shafted by a cattle call for telemarketers. There was no interview, just a slimy “C’mon and be a part of our team!” smile from the dood in charge followed by some speech about how cool it was to harass people on the phone and try to scam them out of their hard earned money. I could and should have walked out the moment I realized all was not kosher. The below freezing temperatures outside and my little white buddies falling out of the sky for the umpteenth time that winter convinced me it might not be so bad trying to sell people on buying subscriptions to Acrylic Paint Weekly or Masturbator’s Digest.

As I recall I didn’t manage to get even a nibble in my first few and only hours as telecommunication scum. Just a lot of hang-ups and dial tones in my right ear. Thank god. The guy seated the front of the room at his own desk facing the company’s newest recruits – planted as an example of how the job should be done – was good. Sickeningly good. I’d never heard so much smarmy ass-kissing crap come out of one person before; my teeth ache just thinking about how he sweet-talked at least five people in three hours into buying from him. There’s no doubt in my mind he could have sold yellow snow to an Eskimo. For a 24 month subscription.

I went for lunch at noon and never went back. Too much for me, it was.

This is how the marketing / promo / ad game is played, of course. Hype your wares to the rafters to make people believe that they’ll DIE if they don’t get theirs RIGHT NOW NOW NOW! And the operative words is “hype” because the more you beat people over the head with whatever you’re pushing the more likely they are to buy into it.

Uh huh. Do people really fall for this shit? I suppose they must, because if they didn’t company promo pools wouldn’t waste their time and energy screaming from the proverbial rooftops how their latest flavour of the month is the flavour that you’ve GOTTA have. When it comes to music, however, from where I sit this is the height of stupidity with regards to approach.

Fact of the matter is, whether you’re a solo artist or in a band, the music should be doing your ad work for you. No wall of adjectives or proclamations of how “so-and-so is the thunder to who-dat’s lightning” (give me a fucking break; I used that in Grade 3) are going to help you turn down the suck if the songs aren’t there. The fans – existing and potential followers – aren’t stupid. Hell, half of them don’t read the bio information, and the ones that do are more interested in finding out who you’ve toured with recently, how many cases of beer you consumed on said tour, and if that chick with the boobs who did backing vocals on your last three albums is back for another round.

There’s also this neat thing called the internet. Potential worldwide exposure for the aforementioned music at your fingertips. No $500 words required.

As for label people who write these steaming piles of adjectivized moose turds, think about who you’re writing for. Press people DON’T CARE about how the singer went through 40 excruciating days of discombobulating recording sessions in overwhelming netherworldly conditions and that the new album is intensiver, introspectiver, invertebrated, inflamesish, intercontinental and interdimensionally superior to the band’s stupefractobooshus previous record. Just gimme the band line-up, and tracklist and the frickin’ music. I’ll decide for myself whether it’s worth another spin and the effort of emailing you with an interview request.

Note: a label person saying “best album to date” in a bio? Duh. Of course it is. I’m sure he or she is going to promote it as “Almost on par with the last record but no real hit potential. Not sure why we haven’t dropped them, but I think the singer’s doing my boss.”

Don’t get me wrong. Band bio information is important, it’s necessary, but you don’t need to take the “hammer-meet-skull” approach to getting the point across.

My concert band / music teacher in high school, the late and great Charles Benson, always told us to keep something in mind when we were playing: Keep It Simple Stupid. Basically, don’t try to be a frickin’ hero by baffling people with bullshit, because you’ll just look like a moron in the end.

Breaking it down further, shut up and play.

Words to live by.

3 thoughts on “How’s The View From Up Your Ass?”