Foreword: I first became aware of Van Canto when a fellow journalist made an offhand remark at some point last year about going to see if an a capella metal band could deliver the goods live. Initially I figured she was being a smart-ass, but a few days later while at a record store I recalled having heard about a German band called Van Canto that did in fact do up metal songs a capella. A quick headcheck led me to their second album, Hero, and I was appalled to learn that they did cover versions of Iron Maiden’s ‘Fear Of The Dark’ and Nightwish’s ‘Wishmaster’. Surely it had to be a gag. Two minutes into the Maiden track and I was sold on Van Canto as a real band. 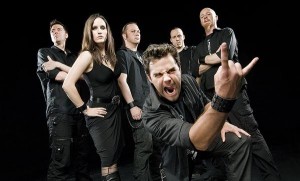 In gearing up for the release of their third album, Tribe Of Force, Van Canto’s new label Napalm Records wisely decided to re-issue Hero and the debut, A Storm To Come. Following is an interview with founder Stefan Schmidt, who took the time to discuss the band’s humble beginnings, offer some insight into what makes a capella metal work, and illustrate the proper use of the word “rakkatakka.”

“It’s too bad I’m not able to tell a significant story about how Van Canto got started,” says Schmidt. “It wasn’t like we were all sitting around one night and somebody stood up and said ‘Hey! Let’s start an a capella metal band!’ We started this as a project because I wanted to do something vocal-oriented after the split of my regular metal band, but I didn’t know it would turn out to be an a capella metal band. It was meant to be like a choir project with regular instruments, but as we moved on we noticed that it sounded interesting having all these voices together. It was something new, so we decided to give it a try. We never expected it to grow this fast, though.”

Asked if there was a specific point when he knew Van Canto was going to be a full-on vocal band, Schmidt does indeed recall the moment.:

“That was the day Ross (Thompson) did his first recordings. We recorded the first album, A Storm To Come, bit by bit. We had the drums ready, I played the chord layout on piano, and then we recorded the lead singers. That’s when we tried the rakkatakka singing, we could have easily switched to a regular metal band just by recording some guitars, but when Ross came in and did some harmonies on these rakkatakka voices, that’s when I decided it sounded great and it sounded metal. All we needed was the bass, and that’s where Ike (Sterzinger) came in.” 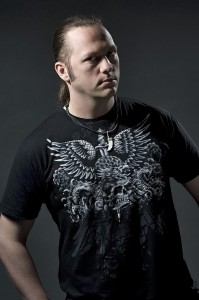 All in the ear of the beholder, but the magic of Van Canto lies in the fact they are able step beyond the cover songs and pull off original compositions and still sound like a barbershop quintet yanked off a street corner in hell. With a drummer in tow.

“I don’t think metal is only about instrumentation,” Schmidt offers. “It’s also about arrangement and attitude. I think the same way as you because I’m a guitar player. I’ve been playing since the age of 13 but I never imagined I’d be in a band without guitars because it’s my favourite instrument and metal is my favourite music (laughs). It’s double the fun in Van Canto, though, because I think like a guitar player but I perform like a singer.”

Adding to Van Canto’s charm is the fact that none of the band members are classically trained vocalists. Everything you hear is based on raw talent, gut instinct and truckloads of ambition. A new breed of garage band…

“There’s no one out there teaching people how to sound like a guitar so we had to figure it out on our own,” laughs Schmidt. “Lead singers Inga (Scharf) and Sly (Dennis Schunke) had some singing lessons but not in the interest of becoming or seeing themselves as professional singers. They both wanted to develop their own sound. We’re self taught in this, and we improve the more gigs we play and the more albums we make. I think it’s good we’re self taught because there’s no one around saying ‘Oh, you have to sing like this and not like that…’”

Van Canto’s first album was the grand experiment, with a cover of Metallica’s ‘Battery’ breaking the ice by proving that a capella metal was a reality. The follow-up album, Hero, featured an even split between covers of well known metal songs and original material. According to Schmidt, a calculated shot at attracting even more attention.

“We’ve always had the cover songs in out live shows because they’re a good way to attract new people. They have to get used to the sound of Van Canto, so it’s a good thing if they already know the songs. We noticed that quite quickly when started doing shows so we mixed the sets with our own songs and covers. We figured it would be best to do some of the most famous metal songs, and of course the record company for Hero (GUN Records) got into the idea very quickly because they thought they’d sell more albums (laughs). We also noticed that you can’t keep having so many cover songs on an album, because once you’ve covered ‘Fear Of The Dark’, ‘Kings Of Metal’ and ‘Bard’s Song’ there’s not much left to do.” 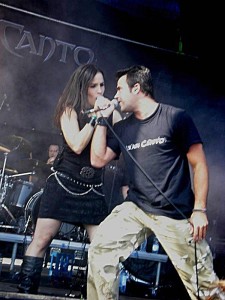 It’s also bloody dangerous screwing around with a classic like ‘Fear Of The Dark’, a sing-along staple in Iron Maiden’s live set to this day.

“That’s exactly my opinion, and when we started working on it we realized that we couldn’t make it any better. ‘Fear Of The Dark’ is the perfect song and you can’t try to imitate Bruce Dickinson. It doesn’t work. So, we decided to give our version a different attitude, make it a bit more doom-y, and give the lead vocals to Inga so everybody notices that we’re not trying to copy Iron Maiden. We wanted to take the approach of the song, the mood and the atmosphere of the song, so you feel like you’re alone in the dark. There are a lot of people who don’t like the idea of van canto covering that song, and I can understand that because Iron Maiden is one of my favourite bands and I don’t know what I would have said if somebody made a flute arrangement of ‘Fear Of The Dark’ (laughs). But, as long as it’s still metal and as long as you can hear what the original song was like, you can’t ruin a great song.”

One source of confusion and amusement for people getting to know Van Canto are the “guitar” solos. Like everything else on the first two albums, other than the drums the solos are executed vocally. Schmidt’s inner guitarist is allowed to run wild, limited only by how ridiculous he might feel singing widdly guitar passages into a microphone.

“The only special gear is my Engl amp,” Schmidt says of the solo work. “I just plug the microphone into the amp, put another mic in front of the 4×12 box and record the box while singing. To avoid feedback the box stands in another recording room. When mixing we add a bit delay to the guitar sound, just like a regular guitarist would do. That’s it, I swear (laughs).”

“I remember the first solo I ever sang. It was ‘Battery’. I didn’t feel ridiculous; I was so excited. But as soon as I heard the sound coming out of my Engl amp I thought ‘Wow! This is it!’ Composing is very easy. I’ve been playing guitar since I was 13, and though I’ve never been that fast playing solos I was quite good in composing them. The easy thing now is that I don’t have to practice to realize the idea. I just plug in and sing.” 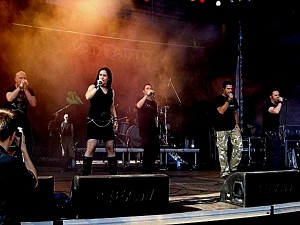 With five distinct vocal parts in each song – six if you include contributions from drummer / backing vocalist Bastian Emig – the popular view is that studio magic is used to fill in the blanks left by the lack of guitars and bass. Schmidt counters this suggestion.

“We have a good argument against that because people can come and see us perform at our live shows. Of course we’re overdubbing some tracks and doing second voices with the solo like any band would do, but we don’t need technical support to create our sound. Everybody who comes to our shows can see that we’re the real thing.”

“Doing this live in the harder part of it,” he adds. “When you’re recording an album you can take breaks, you can re-record parts again and again, but live it’s a lot different. The most difficult thing is to be able to breathe in the right place because to create the rhythm guitar sounds, for example, you can’t take long breaks. Otherwise the song falls apart and all you hear is drums. If you see us live you’ll notice that Ross and me don’t do a lot moving around on stage. Performing these songs is like a sport, and it’s hard to do a 70 minute set, so we leave the show up to Sly and Inga while stay in our places and do all the rakkatakka and dandan vocals (laughs).”

Perhaps the strongest evidence that Van Canto are more than just a novelty flash in the pan is the way their compositions – covers and not – sink in and stick around. It’s not unusual to end up singing one or more Van Canto vocal parts under your breath as you go about your business.

“Everybody does that,” laughs Schmidt. “I mean, that’s how you sing along to certain parts of a metal song, don’t you? The difference is we recorded ourselves doing that (laughs).”

— Watch for my interview with Van Canto about their new album, Tribe Of Force, at BW&BK’s happy yet hellish playground here. For information on Van Canto go to this location or check out their MySpace page here. 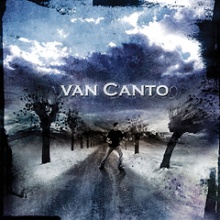 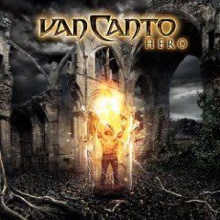 3 thoughts on “VAN CANTO – I Like My Rakkatakka Hard”