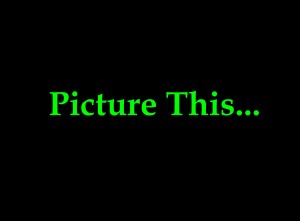 I fell in love with photography when I was 13 years old. Credit goes to my parents for that, as they decided to send me to summer school that year. Well, it wasn’t exactly summer school. More like educational courses were being offered for the summer and they took place at a local institute of learning, so to my mind it was summer school, which was a fate worse than death for a 13 year old kid. Particularly one such as myself who had all kinds of nothing lined up for the holiday stretch. My parents would have none of it, however, and decided that I’d spend 9:00am – 12:00pm from Monday to Friday for a month taking part in an activity of my choice. Or else.

Of all the courses on offer photography was the only one that held any sort of appeal. It was either that or I could learn how to needlepoint my way to boredom by weaving fake Persian rugs. And so, off I went bitching and complaining that first day of July wondering why life was so goddamn unfair, determined not to enjoy myself. The world would pay for putting me through such misery as having to spend my summer holidays frickin’ learning stuff. My parents would rue the day they sent me away to be lectured by teachers with no real lives to speak of. I would make a mockery of their decision by being the worst student in the history of summer school-ism…

My stand as the original Stewie Griffin was short-lived, maybe 5 minutes tops.

Maybe it’s because I was shy and introverted – yes indeed, I was completely lacking in self-esteem – but I took to the art of photography like a junkie to free dope. Learned all about photographic paper and the truth behind that red light in the darkroom, made a pinhole camera and got it right first time out (only one in the class to manage that 😉 ), got to play around with the developer / water / fixer / water routine of making things come to life, and it was awesome from start to finish. At the end of that month I had Mom sign me up for the follow-up course taking place in August.

Those experiences stuck with me through the years that followed, but it wasn’t until 1995 that I started to treat photography as an “I can do this” pursuit. Thanks to some amazing industry people I was able to attend seven shows on Dream Theater’s tour through Europe for the Awake album. Camera in hand with the intention of documenting the adventure for myself, I spent a great deal of time trying to get the ultimate shots of the band on stage. The whole sound-meets-light environment had me hooked from the word “go.” In the wake of that experience I made a point of trying to arrange a photo pass for any shows I was due to attend, slowly but surely developing an eye for the art and a catalogue as I went.

I also spent a ton of money on getting film developed and pictures enlarged. Never regretted it once.

Over the years I’ve taken some great shots and plenty of crap ones. A huge stack of crap ones actually, but it’s all been learning by doing. Had some photos published, and even managed to make some decent coin on a few. Also branched out to taking pictures of non-metal and non-musical subjects. I’m nowhere close to being a professional photographer, and I don’t give a shit what people think of the pictures I choose to put out there. I love the process and I enjoy being able to look back on those shots and remember the events in question. I’m grateful I have the privilege of being front and center when a show comes to town and thus be able to immortalize some of those moments.

Of course, just like the world of making music, the rise of digital technology opened the field up to anyone with a mind to give it a go, and sadly I’ve discovered that many of the people with the same advantages as myself clearly have no appreciation for their position. I’m not talking about the folks that bring their pocket cameras into a show to fire off a few keepsakes. Hell, if I wasn’t a journalist I’d be one of them, jostling for position and wishing the too-tall Neanderthal in front of me would get moshed out of my line of sight. No, I’m referring the so-called professionals that take up space in the photo pit with their talent-free ego posing.

Case in point last year at a Children Of Bodom show. More interesting than the gig itself was the goon in the pit with a camera that looked like it had been outfitted with the primary telescope from an observatory. Someone who clearly believes the more gear he has and the more noticeable it is to everyone else in the room, the more professional he shall be. I was tempted to tap him on the shoulder and mention that the show was not in fact taking place on the moon, and by the way, are you trying to take a picture of the inside of Alexi Laiho’s skull? Only problem was I couldn’t get close enough without risking getting slammed upside the head by his Pseudo Dick Macro when he turned around. And there was the very real risk he might sweep the feet out from one of the band members as he did so.

Worse than this Bigger-Better-Badass approach are these morons – and there’s a frickin’ legion of them out there – who call themselves photographers but don’t know the first thing about actually seeing the shot before and when they take it. These are the ones that motordrive their way through a three-song photo pit opportunity, finger down on the button like a Formula 1 driver on the gas in the home stretch, creating an instant fucking flip book. I encountered a few of these numbwits at some recent shows and in one case I thought I was missing an Angelina Jolie nipple slip. My right ear was practically ringing with the sound of doodness’ shutter in rapid fire mode and I figured it was only a matter of seconds before his camera burst into flame.

Not that I care all that much; I just don’t understand why a person would waste their time and energy – not to mention their money – on doing something they clearly have no passion for. Sure, they can preach about having to get that ultimate shot for their publication or risk not getting paid, but I know from experience that looking for a shot, waiting for it, can yield some pretty amazing results.

I have an acquaintance that prides himself on his abilities as a photographer. He talks up a storm about his newest lenses, camera bodies, light tables, photo chop shop software and all the money it cost him. Parades around post-show offering a glance at the 75 blinkshots he took of Rock Star Frontman moving from heavy metal right hand pose to heavy metal left hand pose. Prints his pictures on AGFA Muchas Maracas Grade A+ Oblifantastico 10 ply photographic paper and goes on about how kick ass they are. Each time I see his pics I quite arrogantly think to myself that I, with my low-end Sony Alpha digital and beat up Canon AE1 made-from-scrap-in-’78 mechanical camera, take better shots with both hands tied behind my back. But, I grin and bear it and let him talk, knowing that he prides himself on being the next Ross Halfin or Neil Zlowzower. Not a hope in hell of that happening – at least not until they come up with an iCamera Halfin application – but one can dream.

There’s no jealousy here, no competition. Call this a tribute to the folks that know what they’re doing and let their work speak for them – Darko, Boudreau, Issler and Dujardin come to mind – and to the wannabes 10 rows back hoping for even a single moment that can be taken home in their back pocket.

To the gearhead stickyfinger posers; you’re in my light and your three songs are up.

3 thoughts on “Photografucked: Return Your Ego To Point Of Purchase”