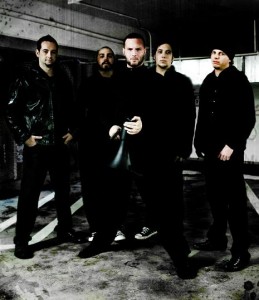 “Dimmu Borgir and Voivod happen to be two great bands, so comparisons like that are a big compliment,” says Lopez. “Ana Kefr’s sound is actually the product of both myself and Kyle (Coughran / rhythm guitars). Kyle and I both come from diverse musical backgrounds, we’ve grown up listening to artists from every genre you can imagine. As far as any ‘off-the-wall strangeness’, there’s not really a point to writing music, being in a band, performing or anything else if you’re just going to rip off someone else. I understand being inspired by other artists, but sounding like another act is kind of like being in a touring karaoke band – it doesn’t feel artistically honest. I’d rather have a flawed original work than a perfected forgery. Sitting down to the writing table, so to speak, all I know is that we write what we want to hear. We’ve never started out saying “Let’s write a song that sounds like so-and-so could write it;” in fact we throw ideas away if they sound like they belong in someone else’s musical portfolio.”

“Music isn’t the only thing that feeds our heads,” he adds. “We’re both interested in politics, religion and social issues. In a way, Volume 1 was and is a kind of cathartic process for both of us, digging through our pasts, discovering what we really stand for and what we really want artistically. Some ideas had to be put out there so that we could move on.” 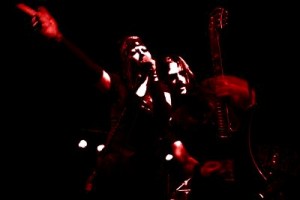 Adding to the twisted nature of Volume 1 are My Ruin vocalist Tairrie B. and her significant other, guitarist Mick Murphy. Not only do the My Ruin couple and Lopez share a love for similar levels of piss and vinegar in their music, they are very real and down-to-earth people (an observation based on personal experience). Lopez is grateful for their participation on Volume 1, but more for everything else that came with it.

“I met Tairrie and Mick in southern California in the summer of 2008,” says Lopez. “Ana Kefr was brand new, it was my first taste of My Ruin, the first time we’d played with a known act and the show was great. Things just fell into place, next thing you know Tairrie and I are talking all the time. She’s had a huge influence in the path my band has taken. Advice given from years of experience does wonders to a newbie in the business and I’ve learned a lot from both Tairrie and Mick.”

“As musicians they really inspire me, and as people they are one of a kind; honesty and respectability go a long way in my book and I think both of them have a lot of class that is sorely lacking in people these days. The closer we came to having our album’s material ready, the more Tairrie and I toyed with the idea of doing a Rollins Band cover together, and I asked Mick if he would lay down a solo. Next thing you know, we had everything ready and the Murphys came down to spend some time with us in the studio. It was a real pleasure to work with them, I’d do it again in a heartbeat. Good people.”

According to Lopez, Volume 1 was something of a group effort, but the end of 2009 saw Ana Kefr ripped apart by internal strife resulting in Lopez and Coughran building a whole new band.

“Our former guitarist wrote the majority of ‘T.ruthless’, and our former percussionist wrote half of the music for ‘The Day That Guilt Turned White’; both of them contributed ideas, but the real creative core of Ana Kefr is Kyle and I, so thankfully nothing has really been pushed off-course by the change of members. In some ways I naturally fall into the director’s role simply because I specifically know what the music is supposed to sound like, and conceptually I’ve built this band into something strong and meaningful. There are some things that Ana Kefr doesn’t sound like or stand for, and never will sound like or stand for, and sometimes it takes some brutal honesty and compromise to make things work. However, Kyle 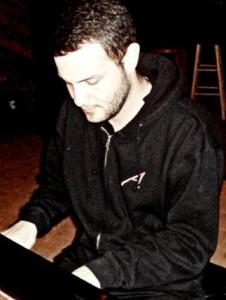 and I have found our writing styles have become so similar now that I don’t really have to direct at all. In fact, the period of time before we confirmed the new line-up surprised me because – without anyone else’s input – Kyle and I suddenly began writing massive amounts of material, by far the best material we’d ever written.”

“The purge did a lot of good, actually. In some ways it unleashed a whole creative force we had stored in reserves, and we didn’t even know it was there until all we had was each other to turn to. The loss of former members and gain of new members was very sudden, without any warning, but it all worked out to our advantage, so I can’t complain or be bitter when things are far better. It’s a long story to tell, so let it be enough to say that there were lies, hypocrisy and all sorts of other trouble being kept hidden behind our backs, and when it all came out there was a shitstorm that left only Kyle and I still standing. Thankfully, we walked out of it clean.”

Along with sharpening Ana Kefr’s live show the focus now is on album #2, with Lopez deep in writing mode. Fans who think they know what to expect when the album finally surfaces… think again.

“We’re approaching our next album differently than we did with Volume 1, now we can take the time and invest a lot of thought, consideration and planning into it so that it is exactly what we want it to be. With Volume 1, I wrote the lyrics as the music was completed. With our next release I’m a lot more involved musically and am focusing purely on the music before I set words to any of it. The lyrics will be the final piece of the puzzle for the next album, but I’ve already been polishing out ideas and concepts for quite a while now.”

“Musically, the next album is a lot heavier, darker, scarier sounding, technical, and a whole lot weirder. It’s actually a lot different from Volume 1; it’s as if we found what we were looking for in music and it just happens to be a lot more intense than any of the previous material. I couldn’t even compare the newer music being written to anything anyone has heard already because it’s honestly unexplainable. It still sounds like Ana Kefr, but it sounds like Ana Kefr got a lot angrier, way more epic, significantly darker, started bringing in some new artistic dynamics, and with things overall more mature musically. I think it’ll definitely surprise people, but I’m confident that it’s going to be our best work yet. As far as the focus, I’m keeping quiet about this until we get closer to having it complete, mostly because I change my mind so much that if I put anything out there and suddenly recant then I’ll feel like an idiot.” 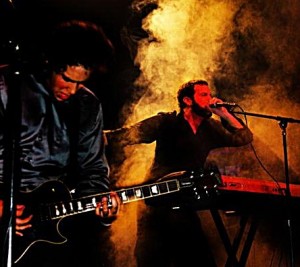 The release is planned for later this year, although nothing is written in stone. Asked if he’s actively searching for a record deal, Lopez is torn to a certain degree.

“At first we wanted to remain independent, and in some ways we’re still conflicted about this. We’re not actively seeking representation right now because, to be honest, I want to know that we deserve it. There’s always room for growth and I feel that there are some glitches and bumps in Ana Kefr that can be smoothed out before we should get serious about approaching a label for representation. Of course the idea of having a label to back us and help us grow is exciting, but I also realize that with being on a label comes some down sides. The music business isn’t a place where people get million dollar record deals anymore, it’s a place where you work all day and night and still don’t see much come from it. I believe that it takes a team of seriously devoted, hard-working, honest and professional people in a band to survive the kinds of things that can happen once a label takes serious interest and I want to be sure that we are all on the same page before I think of throwing ourselves into the fanblades of people who are going to try to manage us.”

“Remaining independent sounds positive because we have full control over what we do, yet I don’t know how much of this freedom is compromised when a label is in the picture and I think it probably differs according to what label and what deal is made. All I know is that you’re not ready until you’re ready, and I want to be sure we’re ready. You know. Because then we’ll be ready.” 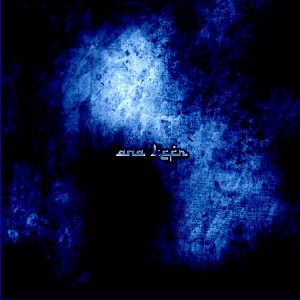 All photos snatched from MySpace. If there are any objections I’m sure I’ll hear about it. Feel free to send me orders to credit them properly and I’ll do so. Just send along the required information 😉

For more information on Ana Kefr and to purchase Volume 1 go to this location.