Danko: “Growing up in Toronto and going to shows, my biggest goal was to play the Concert Hall because that where all the shows I went to were. That level of band to me was ‘You made it!’ If you could get on a tour and be the first of three bands on a night, you were in. I remember seeing Testament, Savatage and Nuclear Assault there; Nuclear Assault were first up and for me it was like ‘Aw man, they made it!’. So sometimes when we get on those tours where we’re first of three I have to remind myself that that’s what I wanted (laughs).”

“Being from Toronto was a good starting point for the Guns N’ Roses tour. I loved Sebastian Bach’s voice and his records long before I met him, and being from Toronto it was so awesome to see a guy who made it in rock, and in a big fucking way too. It’s not like he’s a guy where people say, ‘Oh, the dude from Kix is from Toronto..?’ 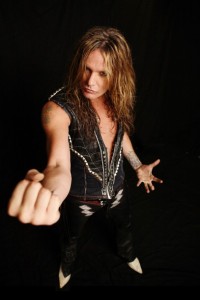 (laughs). No way, this is Sebastian from Skid Row! He actually lived in the same area of Toronto I grew up in as a kid so that was our common ground. The first day of the tour I was really, really nervous because we were first up on something like an old guard rock guy show. I knew the gig could be amazing or it could be hellish. I walked by Sebastian’s dressing room and he yelled out my name, high-fived me, and it was like a dream, man! It was a great way to start the tour.”

“Sebastian is the kind of guy that’s always kind of worn everything on his sleeve, and it’s awesome. I think people can really identify with that part of his personality. I’d always wanted to meet him, and I told him that on the second last night of the tour. We watched Guns N’ Roses together every night. He was really nice, and it’s great when it works out where people you admire turn out to be as cool as you imagined.”

Watch for my complete interview with Danko, due to be published prior to the May 14th release of Below The Belt. In the meantime, go pre-order / buy some music by clicking the images below. Support high quality Canadian-made noise; it does a body good 😉 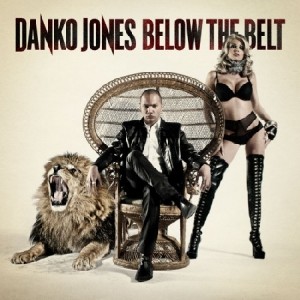 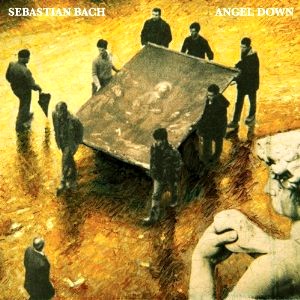