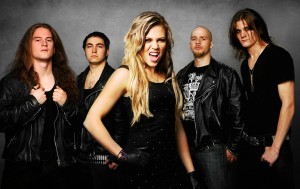 Paige: “We don’t really focus on Calgary at all. We find that, for now anyway, with the position the band is in and the venues that we play, it’s not an appropriate scene for us. The difference between Calgary’s and Edmonton’s metal scenes, it’s way bigger for us in Edmonton. I think there’s too much elitism in Calgary, with people having these ideas of how things need to be and having no room for compromise. It’s definitely not our favourite place and we’ve made it our home base and not much else. We just focus on touring and playing places like Toronto, for example. That’s a much better place for us to be.”