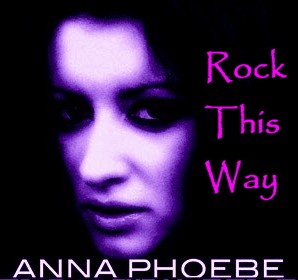 Yeah, yeah, I know the title of this bit is stolen from Danko Jones, but given the man is a HUGE music fan I don’t think he’ll mind. Besides, if an online search for Danko leads people to this page they can always click here to find him 😉

Anyway, this is just a heads up for a dear friend by the name of Anna Phoebe. Folks might know her as the violin wielding maniac that sets fire to the Trans-Siberian Orchestra stage every year for three months. Or as a member of the must-see UK folk troupe Oi Va Voi. Or as a touring member of Jethro Tull. Or as the brain and center-stage-violin brawn behind an album called Rise Of The Warrior. Any way you slice it the lady is busy, particularly since she’s getting her solo artist tour mojo on for 2010, but that hasn’t stopped her from adding a few more activities to her not-enough-to-do list. That said, I urge folks to check out her new Classic Rock column under the banner Vixen Of The Violin. It’s essentially a weekly blog summing up recent or past adventures, offering thoughts and opinions, and even doing a bit of brain training. An excerpt is available below. For current and future installments click the image in the right hand column with her name on it. Same as the one you see directly above. You can’t miss it…

The following is an excerpt from Anna’s second column:

“It’s late morning on Saturday and I’m currently sitting in the lounge at Munich airport, waiting for my connecting flight back to London. Just spent three days in Dubai and Abu Dhabi, playing solo performances first for a Golf Tournament gala dinner at the Emirates Golf club, and then for a big free concert for the Red Bull Air Show in Abu Dhabi. The two audiences couldn’t have been more different.

The first night was for 600 or so golfers and their partners: 70 percent British, 20 percent American and 10 percent ‘other’. I made these percentages up – but my point is that it was a predominantly white, westernised audience. I played my rock/metal tracks from the Rise Of The Warrior album, and they loved it! I pulled out all the arena moves on stage: lunges, backbends, kneeslides, and I even ran off the stage and jumped on a few of their tables… you name it!

Only a couple of drinks were spilled, and this time I managed NOT to set fire to my dress, as I did in Beirut a couple of months ago! Turns out there were quite a few Jethro Tull fans in the audience, as well, as guys from Ottawa, Austin and Houston, who had seen me over the years with Trans-Siberian Orchestra. Small world!”

And as if THAT wasn’t enough, Anna also co-hosts a program on the UK-based Total Rock every Friday between 10:00am – 12:00pm GMT. Go to this location to tune in.

Just a taste of a recent solo gig Anna did with some of the gentlemen from the band Jurojin. Enjoy!

One thought on “ANNA PHOEBE – Sleep Is The Enemy”