Following is the second part of my recent interview with Ana Kefr frontman and co-founder Rhiis D. Lopez. Part 1 (found here) focused on the band’s music, the piece below covers Rhiis’ views on society which invariably act as a foundation for Ana Kefr’s songs. Consider the song titles ‘The Day That Guilt Turned White’, ‘T.ruthless’, ‘Defiant We Stand’ and ‘Feed A PETA Member To A Starving Child In Africa’ and you get an idea of where this is going… 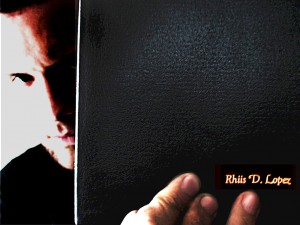 A sad reality of the current day-to-day is that people or organizations perceived to be of Middle Eastern origin are given a critical eye by a large cross section of people. The name Ana Kefr being tossed about in the States is the sort of thing US guilty-until-proven-innocent “security” departments could potentially have a field day with. Look no further than your average American airport for proof as the country’s own citizens get the screws put to them, all in the name of anti-terrorism.

“Referring to simple-minded Americans figuring that anything ethnic-sounding is evil actually reminds me of the song ‘Die Eier Von Satan’ (translated: ‘Satan’s Balls’) from Tool’s Aenima record. This song sounded very political rally-esque, a man shouting in German with the masses cheering him on. The words of the track are actually a recipe for hash cookies, but people threw a fit and alleged that Tool are Nazis. There’s a pretty big difference between a German and a Nazi, as well as an Arab and a Muslim, but people make a lot of ignorant and arrogant assumptions and think they know even more about my band than I do. There’s been very little trash-talk – at least to my face – about our name; if anything it seems that, love or hate our music, people at least like the idea behind it all. That, or we’re tools of Satan to mislead the youth of the world into godlessness and immorality, common from people who obviously don’t appreciate the band’s sentiment that maybe people should think for themselves instead of buying into all the bullshit in the McBible or McQur’an with a side of Freedom Fries. Atheism is the new black.”

That said, Lopez agrees that Ana Kefr has a socio-political bent, but he loathes the idea of soapbox preaching to get his point across.

“I feel the needle-prick of hypocrisy, bigotry and stupidity daily. I know that there are other people out there who feel just as enraged at the state of things, who are just as pissed at the little and big injustices, who are sick of taking it up the ass all in the name of being politically correct. We put on the soft gloves for religion so we can be politically correct and ‘tolerant,’ yet it turns around and destroys innocent lives; then we put on the hard gloves because our satellite cable is out for the weekend. We stand in line for two full days waiting for the next Harry Potter film premiere, but we won’t go protest, or just write a goddamned letter, in defense of our basic rights for even an hour out of our day. We bitch because our burger came with too much ketchup, meanwhile some 13-year-old girl is having her clitoris cut off by her aunt wielding a pair of dull scissors because God wants her to be chaste. Satellite cable and cheap food have become more important than human life. We’re all responsible, but most of us seem to not give a shit.”

“I haven’t seen the whole world, but I’ve seen enough in my travels to know some of the horrors of the human condition and I’m no longer able to sit and relax anymore without feeling guilty. There’s too much suffering out there for me to give a shit about what brand my shoes are. I can’t sit silently or I’m guilty of enabling the injustice to continue, and Ana Kefr is one of the few ways my 1-in-6,692,030,277 life can actually contribute at all to raising awareness, getting the thinking and action going and hopefully inspiring others to want things to be different.”

If Lopez inspires even one person he’ll be happy, but far from satisfied. He’s well aware that apathy is an integral part of the human condition and would love to change it.

“Maybe the reason nothing ever changes is because people loathe the idea of taking responsibility, and our biggest responsibility in life could be taking stock of what the truth really is – not what we want it to be – and really making the kinds of changes that could actually improve us. Maybe the task looks so huge from the bottom of the mountain that the traveller gives up before having laid a foot on the path.” 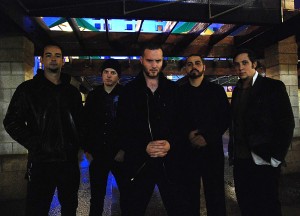 — Bible photo conceived by Carl Begai and Rhiis Lopez. Anyone with issues should take a pill or click here and frickin’ chill.

Go to this location for more information on Ana Kefr and for audio samples. Buy a CD while you’re there – and a t-shirt – because supporting independent music is far better than wasting your money at craphole fast food chains.

One thought on “ANA KEFR – A Bullet For Your McBible”