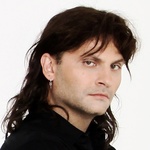 I recently caught up with one of my favourite interview victims, Rhapsody Of Fire guitarist Luca Turilli. To be totally honest I was never a huge fan of the band’s Dungeons & Dragons approach, but Turilli won me over back in 1997 with his insane enthusiasm for his music and the work that came with it. Try talking to a guy with a heavy Italian accent as he barrels along telling you about the things that inspire him, his grandiose tour plans, and the stories he wants to tell with his music. Screw those Berlitz language courses; Turilli will have you talking just as fast and waving your arms about in true Italian articulatory fashion in no time. Love the guy.

I also have to admit, the new album is a keeper in spite of the nut-busting title: The Frozen Tears Of Angels. Never thought I’d say that about a Rhapsody record, but I’m on board for this one at any rate:

Known for their “bigger than biggest is better” approach to their symphonic compositions, the latest studio magic helped bring The Frozen Tears Of Angels to a level that makes Rhapsody’s 1997 debut, Legendary Tales, sound like it was assembled using a Tetris soundtrack.

Turilli: “It’s an advantage, definitely, but every time you get a better computer you need better software, better sound, so it’s difficult now to follow all the new stuff that keeps coming. Nowadays the quality of the sound is 10 times better than it was when we did Legendary Tales. It’s great because now that we have this technology for the keyboards we don’t need to use an orchestra, and not using a real orchestra after we used one for the last album gave us the possibility to mix the band louder. That way we could reach those aggressive parts that we wanted to achieve.” 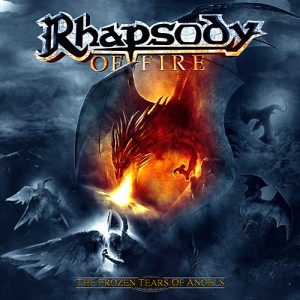