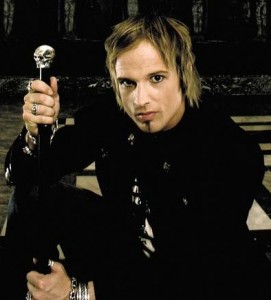 One of the strongest tracks on vocalist Tobias Sammet’s new Avantasia epic, The Wicked Symphony / Angel Of Babylon, is ‘Death is Just A Feeling’ featuring Jon Oliva’s Pain / Savatage frontman Jon Oliva. During my recent interview with Sammet about the new record(s) we discussed Oliva’s performance, which is essentially a bookend to Alice Cooper’s guest appearance on ‘The Toy Master’ from the previous Avantasia album, The Scarecrow.

“And that’s exactly what it is,” says Sammet. “Jon Oliva is the reincarnation of the Toy Master in the story. The funny thing is, when I initially wrote the song I had Alice Cooper on my mind but I didn’t think it worked to have the same singer play the re-incarnation of a character. I decided to bring a new colour into it but I needed someone that would suit the song just as well as Alice Cooper. The problem was there aren’t many people that sing in that theatrical, big cinematographic way… thank you Luca Turilli for that word (laughs). Jon Oliva has that kind of theatrical, dramatic voice. I was listening to the Streets album thinking about that and Sascha (Paeth / guitars, producer) wondered if Jon sounded too neat and too beautiful. He felt the voice needed to be more broken. I pointed out that Streets was 20 years old, and present day Jon Oliva sounds epic and dramatic. He’s got something tragic in the way he sings, very deep and meaningful.”

“The funny thing is he got the song and said ‘I can see this song was tailored for me.’ (laughs). In a way it was, because he and Alice Cooper are the only ones that could have sung it. Jon did a great job and I think he was the best choice.”

In a separate interview for Jon Oliva’s Pain’s new album Festival, drummer / producer Christopher Kinder offered his side of the Avantasia story, as he was responsible for recording Oliva’s vocals for the song.

“A few years ago Jon was stranded in Jerez, Spain on his way to Bilbao to join the rest of Jon Oliva’s Pain for the second half of the Metal Wayz Festival. The band had gone ahead due to last minute flight arrangements; don’t get me started on that. Anyway, while dealing with a hellish 24 hour layover, Jon had the chance to hang with Tobias and Edguy at the airport who were also in the same shit situation. Spain went on strike that day for 24 hours.”

“Jump to 2009. Apparently Jon must have been showing his good side that day in Spain 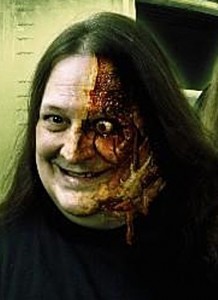 and Tobias contacted me and asked if Jon would like to be apart of the new Avantasia project. Jon quickly agreed that this was indeed something worthwhile and the wheels were set in motion.”

“As for the track, Tobias had a great bit of the melody done and with good direction for Jon’s character. I got the chance to listen to it first and I knew right away that we could deliver exactly what Tobias wanted. I mean let’s face it, that song was custom made for Jon, and Tobias had the foresight to see that as well. Jon and I had a fantastic time with this track. I remember him getting stumped on the word ‘finitude’, and he must have asked me a hundred times, ‘What the fuck is finitude?’ (‘Death is just a feeling / You and I swapping finitude’). We laughed about it every time and I just told him ‘Jon, who cares what the word means? Can we just sing the line so we can all go home, please?’ (laughs). The entire experience and working with Tobias was a real pleasurable and memorable experience.”

Check out the song here.