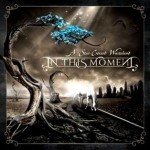 Bummer. The screech is back.

Call that a knee-jerk reaction to lead-off track ‘The Gun Show’, which features the lovely Maria Brink back to the banshee razorblade wail she made her trademark on In This Moment’s debut; something she all but abandoned on follow-up The Dream in favour of a gorgeous clean voice. Kind of off-putting actually, coming off as a painfully desperate one-dimensional stab at making it up to the fans who bitched about her missing edge last time out. Aggression for aggression’s sake. As the album progresses, however, things open up and it comes clear that In This Moment are far from stupid and their well of creativity is a long way from running dry. A Star-Crossed Wasteland is the next logical step in the band’s career – diehard followers should have seen this coming – taking elements from the first two records and bringing them together for a sonic orgy of epic proportions. Brink’s clean voice is unique, captivating and rich regardless of whether she’s belting out ‘A Star-Crossed Wasteland’, the choruses of ‘Standing Alone’ and ‘Just Drive’, or doing up closing ballad ‘World In Flames’. She’s also finds some remarkable middle-ground between clean and over-the-top screaming – and there’s loads of the latter all over the record – on ‘Blazin”, a track that sounds like it was yanked from Ozzy’s recording sessions for Scream. Added to all this are occasional male vocals (‘Iron Army’, ‘The Promise’) that work well alongside Brink, never coming off as Rogers / Parton cheesy or a cheap feminized twist on Soilwork. Neat trick, hinting at what Lacuna Coil with an identity crisis might sound like.

Musically, A Star-Crossed Wasteland takes lessons learned making The Dream, gives them a shake and turns out a decidedly ballsier and darker record. The alterna-nu-metal label once stamped to In This Moment’s collective forehead no longer applies. The record is loaded with riffs, grooves, and solos channeling Gus G. and Zakk Wylde, and even more unexpected are the drums courtesy of Jeff Fabb. They’re as multi-facetted as the guitar work – on par with Slipknot basher Joey Jordison’s double bass antics – and pushed heavy by Canuck producer extraordinaire Kevin Churko (who also works with Mr. Osbourne). If ever there was an album that benefitted from a producer’s insight, this is it.

As an aside, ‘Iron Army’ is positively psychotic and ‘The Last Cowboy’ double-take original. Hats off for the twist.

In all honesty I was gearing up to carve the album, figuring it would all be downhill following ‘The Gun Show’ (which I still don’t care for and, in my opinion, is the weakest track on the album). Instead I’m wondering how In This Moment are going to top themselves now that they’ve shot the bar into orbit.