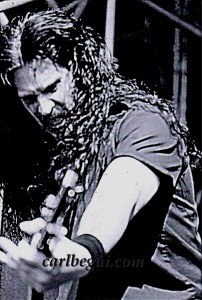 Sharlee D’Angelo recently sat down with me to discuss the new Witchery album, Witchkrieg, for BW&BK (found here). The interview eventually turned to focus on his main priority, Arch Enemy, who have spent the better part of the last year touring in support of their Root Of All Evil updated retrospective album. Given that it’s been three years since the band’s last all-original outing, Rise Of The Tyrant, the question was raised as to how long of a wait is in store for the next Arch Enemy studio record.

“It’s definitely in the planning stages” says D’Angelo. “It’s just that ever since we changed our whole organization a little bit, things are so much smoother and going so well now that we’re self-managed. So many offers have come in and we’ve been playing places we’ve never played before. It’s like, we’ve confirmed a show in the Maldive Islands this summer (laughs); things like that you can’t say no to. And there’s the mainland European festivals, of course. We’ve made a plan now, so shows after the tail end of November that we had scheduled, we scrapped all those so we can get into the fucking studio.”

The band isn’t necessarily ready to go with brand new material, however. It’s still very much a work in progress.

“We’re always writing stuff, but that’s what the next album is at the moment: bits and pieces of stuff (laughs). When we rehearse for festival gigs, like we’re doing right now, we’re supposed to rehearse the set in order to keep things tight, but we get bored very easily and end up jamming the new stuff because it’s more fun for us. So, we have loads of ideas already and right now we have time to concentrate on them because we’re doing gigs here and there rather than being on the road for a month straight.”

So, if things go according to plan we’re looking at a 2011 release…

“Definitely. And it’s got to go according to plan (laughs).”

As an aside, D’Angelo offers his thoughts on guitarist Chris Amott’s welcome return to the fold in 2007 and how it relates to Arch Enemy’s current course. The younger brother of Arch Enemy founder / guitarist Michael Amott, he left the band in 2005 for personal reasons, a move that was perceived as a major and potentially career-damaging blow by the fans.

“I was actually thinking about that the other day because I was looking at some pictures from the US tour in 2007, and I remembered how enthusiastic Chris was about being back in the band. Some of the things that he had been annoyed about when he left the band were some of the things that he was most excited about, I guess because he’d been away for almost three years. He basically got thrown into the lion’s mouth when he came back because he went from not touring for three years to a four-and-a-half month tour (laughs). I think that was a bit of a shock to his system but he settled back in quite quickly. It was great having Chris back for making the Tyrant album because it was like a piece had been missing. Arch Enemy is the five people that are in the band now because there’s a unique chemistry, and it’s hard without one of those five parts. I don’t know what would have happened if Chris hadn’t returned – it’s hard to say – but I don’t think it would have gone as well as it has if he hadn’t come back. So, I think a lot of it comes down to him.” 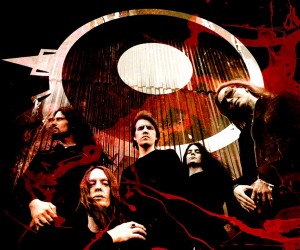