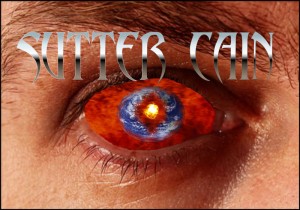 YouTube is known as a junkyard for vidiot disasters big and small, but there’s no question it has also proven its worth on the music front. Bands and record labels and have locked into it as an important promotional tool, and it’s the go-to source for vintage and brand new live footage from your favourite artists. In addition, musicians from all walks of life use YouTube to pass on their knowledge with instructional video clips, the vast majority of them offered for free. It’s also the primary form of promotion used by independent artists as a way of getting their music heard, and I’ve been blown away more than a few times by some of the talent that’s out there.

I was recently cruising YouTube and ended up reliving my kid years a little bit when I stumbled over the video for ‘Standing In The Dark’ by the Toronto band Platinum Blonde. A song I’d heard a billion times growing up, a video burned into the back of my eyes, yet I was instantly enthralled (yes, so much so it deserves a big-ass word). It was and is a cheesy early ’80s video, but it’s one of those signposts in my life that can’t be ignored. As the song played through, however, I noticed a clip for a cover of another Platinum Blonde hit, ‘Doesn’t Really Matter’, on the side of the page. It practically screamed “Click me!” due to the band never having made any real noise outside Canada, and remembered only by Canucks over the age of 35. So I did… and was blown away.

It’s one of those covers that stays true to the original while updating the sound, yanking it out of pop ’80s rock and into the realms of a pissed off 21st Century. Closer inspection revealed the artist in question, Sutter Cain – a one-man-with-help-from-his-friends band – had a few more Platinum Blonde covers under his belt (also excellent), some passable covers of Rockwell’s ‘Somebody’s Watching Me’ and Eurhythmics’ ‘Sweet Dreams’, a killer rendition of my personal Alice Cooper fave ‘Steven’, and several originals. The music journalist part of my brain was instantly intrigued by the last bit, because even though familiarity is cool and comfortable, finding something new to rave about or slag mercilessly is one of the things that makes the job so damn interesting.

That said, I’m not out to carve Sutter Cain a new one. On the contrary, I decided to throw down a few words in support of an undiscovered talent. The material ranges from Maiden-meets-Helloween with occasional hints of classic Metallica, to bits of Prong, Nine Inch Nails and Rammstein, with gothic angst binding it all together. Folks could argue that technology makes him sound better than he is, others will say the music would be better executed by a full band (and they’d be 100% right), but the bottom line for me is the sense of genuine love for the music being put to tape by the guy behind it. Add to that the visuals that accompany the audio clips, which were compiled and edited by the artist himself. Respect.

Check out the links below and decide for yourself if I’ve been smoking something illegal, go to this location for more music and information on Sutter Cain.

Originals:
‘Metal Nation’
‘In The Dark’
‘I Don’t Need This’
‘Let It Ride’
‘What She Wants’

8 thoughts on “Squeezing The ‘Tube – SUTTER CAIN Is Able…”