Since I don’t trust myself to post much of anything on the site while I’m back home in Toronto, I’ve decided to yap a bit early about homeland noise currently massaging my brain. 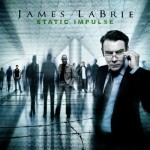 James LaBrie of Dream Theater fame is gearing up for the release of his new solo album, Static Impulse, on September 28th. No question, it smokes. Fans of his 2005 outing Elements Of Persuasion will be pleased to hear that guitarist Marco Sfogli and keyboardist Matt Guillory are still on board and shredding up a storm. LaBrie’s band also inclides Halford bassist Ray Riendeau and Darkane drummer Peter Wildoer, the latter being particularly significant in that he does a fair bit of kicking and screaming throughout the record. The song ‘One More Time’ is currently available for streaming here and… let’s just say some of the diehard Dream Theater fanatics are going to need a sedative. A full-on review is in the works but has to be held back until the beginning of September due to certain promotional requirements. As in, I don’t want to bite the hands that feed. Suffice to say LaBrie has made some ballsy decisions on the album and turned out a killer piece of work. 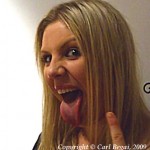 One of my personal faves out of Montreal, former Scarlet Sins drummer Elie Bertrand, has resurfaced with the blues-oriented band Blue Boots. Or as she puts it, a “blues country rock cover band.” Audio samples can be found here and I’d suggest checking out the track ‘Why’ for a real indication of what the band is all about. In addition, Elie has been tapped to perform at the Montreal Drum Fest – the second largest drum event in North America – which takes place October 23rd and 24th. Click here for event information.

In addition, Elie opted to leave Harbinger due to creative differences. It was an amicable split, so nobody should expect any mudslinging or badmouthing any time soon.

Toronto rockers Modified have released their new five song EP, Cruel Temptations, via CDbaby.com. Audio samples are available on the page, full clips are available for streaming on their official MySpace page. From where I sit they remind me of a cross between Lacuna Coil’s present day metal approach and severely underrated Vincent Black Shadow. Solid work that won’t necessarily hit home first time through but definitely has staying power. And in true Canadian fashion Modified is a three piece, putting the them in some bloody good company 😉

I’ll be catching up with vocalist Tricia Stanley while I’m home, so watch for an interview in September. 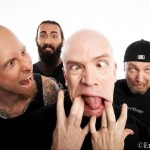 Finally, according to assorted updates and scattered comments Devin Townsend and InsideOut Music have plans to release a DVD at some point showcasing the Devin Townsend Project’s performance of the complete Ziltoid The Omniscient album at the Tuska Festival 2010. There will be much more to it than that by the sound of things, especially considering Devin has been “collecting mixes and live shows for years.” He’s currently working on his highly anticipated Ghost record, which will cap off his four-album journey into all things Hevy Devy. Watch his official Facebook page here for updates, cryptic comments and dietary advice. Seriiously 😉