Long before Visual Kei dress-up became a trend outside Japan and girlies with deep-seated bisexual needs found gratification in getting off by abusing YouTube, Japan was known in the Western world for no-nonsense full-on shred metal. As a public service to myself and anyone else that cares, I’ve decided to fire up a monthly column offering some insight as to what’s going on in the Land Of The Rising Sun on the metal front. Not that I’m an authority on the subject, but I’ve had part of my brain wired to the East ever since I discovered Loudness and Anthem 25 years ago…. 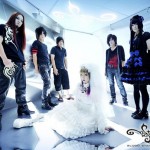 Blood Stain Child, who are currently working on a new album set for early 2011, recently signed European deal with Coroner Records out of Italy. Bigger news, however, is founding drummer Violator and vocalist Sadew having been replaced by ex-Youthquake skinbasher Gami and Greek singer Sophia respectively. It’s unclear at this point as to whether Sophia is going the Angela Gossow route, providing clean vocals for the band, or pulling off both like The Agonist’s Alissa White-Gluz, but fans can expect samples to appear online once the album is complete and a Japanese deal has been finalized. According to Sophia recordings for the new record were recently completed. 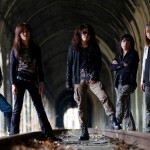 Some folks may remember Saber Tiger from the late ’90s, when guitarist / founder Akihito Kinoshita hired Keel frontman Ron Keel for the major label debut, Project One (see my interview with Ron Keel here. Within Japan, however, Saber Tiger made serious noise with vocalist Takenori Shimoyama (Double Dealer), who opted to leave the band in 2002. Word came down recently that Shimoyama had returned to the fold and new material is currently in the works. Three demo tracks are currently available for streaming here. Saber Tiger is looking for a record deal at the moment, watch for updates.

Classic footage of Shimoyama behind the mic in 2002 is available here. 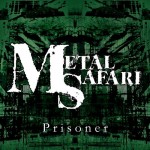 Younger, louder and decidedly meaner on a sonic level, Metal Safari recently released a new album entitled Prisoner via Spiritual Beast Records in Japan. The album was issued independently earlier this year, but the new deal has offered them more exposure on an international reason (which is the only reason I know about them). I’ve taken to describing them as a more extreme version of thrash-oriented countrymen Outrage crossed with Testament. Check out the new video for ‘How To Die’ here for a taste. Their official YouTube channel is online at this location. Prisoner is now available via iTunes and can be purchased here.

Watch for an interview coming to this metalhead truckstop soon. 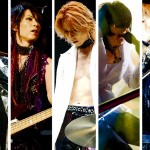 And finally, something a little bit closer to home for yours truly. After 20+ years of existence and 30 million units sold, X Japan finally toured North America for the first time, any by all accounts it was a rousing success. All based on word-of-mouth and a new management company with a top-notch promo team. While some of that success can be attributed to the Visual Kei trendies – and it’s ironic that X Japan, who inadvertently started the whole phenomenon back in the ’80s, sound nothing like the bands on that wagon – folks who weren’t even aware of the band’s existence prior to the tour news have been raving about the show. Sadly, I missed the Toronto gig, but the rather talented photographer / writer Mike Bax at Lithium Magazine has posted a review of the Massey Hall engagement.

I spoke with drummer / co-founder Yoshiki prior to the tour; the interview can be found here. Details of their first ever North American release coming soon. 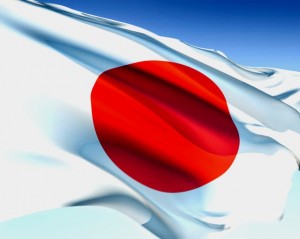