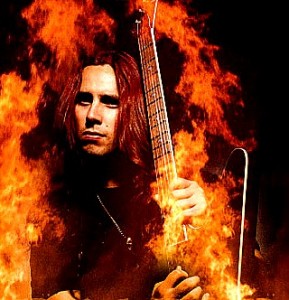 Admittedly, I wasn’t expecting much from Firewind on their new record, Days Of Defiance. I blame that on the fact their previous album The Premonition left me cold, bored, and possibly even a bit disgusted after hearing their cover of the annoyingly painful Flashdance hit, ‘Maniac’. Lo and behold, I was forced to pick my jaw up off the floor, as guitarist Gus G. and his merry men tore a few pages from Yngwie Malmsteen’s early years for Days Of Defiance and pulled off one of the stronger old school albums I’ve heard in a while. The fact Gus has also become Ozzy Osbourne’s right hand man and puts in a solid performance on the Scream record only adds to accolades. Following is an excerpt from my chat with the Greek shred-head…

Firewind has turned out what is a strikingly solid listen, head and shoulders above The Premonition. Of particular note are the number of songs on Days Of Defiance that recall guitarist Yngwie Malmsteen’s early works Rising Force (’84), Marching Out (’85), and Trilogy (’86). A pleasure for metal fans who grew up in that classic era.

“I’m glad you’re excited about it because I think this is a really strong record. It’s easily our best effort to date. I love Yngwie and his early Rising Force stuff, and there were actually a couple songs on the new album where I wanted to get that Malmsteen vibe in there. We had that on the first couple Firewind records, actually, so there are a couple moments like that on Days Of Defiance. I think the beauty of this band is that we’re able to do the really heavy songs, the more rock-oriented stuff, ballads, instrumentals… that’s our style. We can do all that stuff but it doesn’t sound like we’re switching gears to such an extreme that you don’t know it’s Firewind.”

Putting Days Of Defiance up against Scream, Gus’ playing has taken on a different shape in Osbourne’s realm. He is not, however, trying to be Zakk Wylde’s shadow.

“It is different,” Gus says of the music on Scream, “but everything was written before I was asked to join, so all I had to do was play guitar. I didn’t write any of the songs, but I was able to maintain my identity and style on the album. It was a very big challenge for me, but as I said, there was no way I wasn’t going to take it. The guitars were written by the producer, Kevin Churko but he’s not a guitar player, so the demo tracks were just basic tracks and I had to put more life into them.”

“It’s an honour for me to be with Ozzy,” he continues. “Recording an album with him and then travelling all over the world with him to support it? That’s insane (laughs). I know that some Ozzy fans have checked out Firewind because of me working with Ozzy, and the reactions have been great. In some cases it’s been like ‘Where have you guys been hiding?’ and I have to admits that feels good (laughs).” 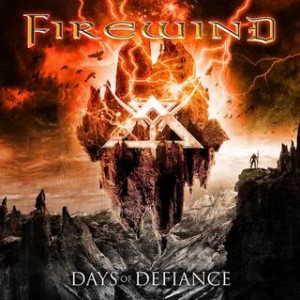 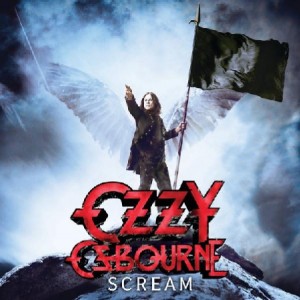