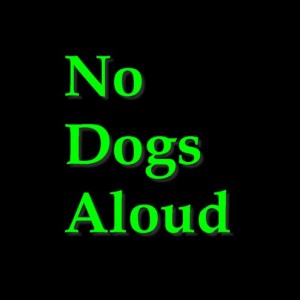 Every so often I retrace my steps and review my own writing from years gone by, patting myself on the back here and there for a clever turn of phrase, or giving myself a kick in the ass for being painfully lame and cliché. I recently stumbled across a “gem” from November 2006 – published on MySpace and read by nobody – featuring a rant against bullshit “talent” shows on television. It seems I was set off by some idiotic programming by a German network and decided it was high time that I shoot my mouth off about the world going to hell in an American Idol-manufactured elevator with no “up” button and no brakes. Enjoy…

It’s funny. When I was a teenager and Married With Children was at its peak, some critics trashed the show, saying it contributed to the erosion of the moral fibre of society. Uh-huh. Sure. Take a look around you now. I’d much rather have my moral fiber eroded by Christina Applegate’s boobs bouncing across the screen or through hearing Al Bundy tearing the sacred institution of marriage a new one every five seconds than waste an evening watching reality TV.

One evening a couple weeks ago I was watching TV and a commercial came on announcing a new show called Top Dogs. Done in the spirit of talent shows like Popstars / American Idol / Star Search, the program showcased dogs vying to be the new stars of the canine world, quite naturally shoved into doing stupid tricks by their owners. You know, Shit on command, move to the next round, that’s a good boy. It’s a good thing I was sitting down at the time ‘cuz if I’d been standing I probably would have bashed my jaw on the coffee table as it fell open.

You’ve gotta be fucking kidding me, was my first thought, immediately followed by People actually buy into this crap?

People who know me are aware that I think the whole talent search “phenomenon” is like a nail driven through the top of the skull. Slowly. Sure, it’s amusing to see no-talent teenie-boppers who thinks melody is a brand of perfume try to sing their way through Christina Aguilera’s ‘Beautiful’, and there’s a morbid fascination that comes from watching that whacko Simon from American Idol insult 10 generations of someone’s family because said victim sounds like a cat being plucked of its fur. But, week after week of the same frickin’ thing on a half dozen networks in almost every civilized country on the planet? Come on, get a fucking life.

Anyway, back to the dogs…

I don’t know if my friends at home in Canada and the U.S. have to deal with a talent show for dogs on TV, but seeing as how Germany hasn’t had any original TV programming since the Nuremberg Trials (probably the world’s first reality show, oddly enough…) my guess is that this Top Dogs cack originated in the States. If it did originate in Germany, someone PLEASE help me pay for a one way ticket home. And of course, although I dubbed it bullshit and swore up and down I wouldn’t watch the thing, last Tuesday me and The Girlfriend broke open the champagne, turned the TV’s sound off, turned on my compilation CD of Finnish metal and watched the whole sorry mess unfold.

I have to wonder, what the FUCK is wrong with people? How is it possible that people get sucked into watching this crap on a weekly, even daily, basis? Never mind that; what kind of idiot actually takes part in a talent show for his or her DOG? What’s the incentive? Free Kibbles & Bits for life? A world tour as the opening act for Siegfried And Roy? Or are the owners living vicariously through their hounds?

Ha! I can piss on a fire hydrant downtown in broad daylight in front of a police station and no one thinks twice about it!

You could, of course, criticize the TV networks for airing this tripe, but it’s their job to make money. They’ve locked into the fact that people are beyond stupid, and they’re on it like an alcoholic on holiday from rehab. I can only imagine what’s coming down the pipe in the years to come: Cooking With Napalm, or maybe Dancing With Lepers, or how about Your Ass Or Mine? (Oh, wait, I think that one is already here…)

I know, I know; “If you don’t like it don’t watch it.” No worries, unless it turns on The Girlfriend to the point of wanting drunken monkey sex !NOW! in the stairwell it’s highly unlikely I’ll ever watch this Top Dogs garbage again. Admnittedly, it might be the top choice over a Steven Seagal movie, but that’s still cutting it close. As for the other talent search programs, you can’t sell me on them either. You wanna be a star? Do it the hard way, your shelf life is guaranteed to be longer than the open carton of cottage cheese sitting forgotten at the back of the refrigerator

And if you have a dog, take him for a walk around the block or go play fetch in the park. Just stay the hell away from the television studio. Please. It’ll save you a shitload of embarrassment and spare me having to waste any more wordage on the subject of human stupidity.

One thought on “Reality: Gone To The Dogs”