Welcome hosers! You know the drill…. 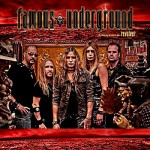 Revolver, fronted by former Slik Toxik frontman Nick Walsh, have decided to change their name to Famous Underground. Seems a pop band also going by the Revolver name recently signed a worldwide deal with a major label, resulting in Walsh and Co. receiving all kinds confusing accolades on their “success.” Rather than open themselves up to being dogged by additional controversy – the rise of Velvet Revolver didn’t do them any favours – the decision was made to give the band moniker an overhaul. A new Facebook page for Famous Underground is up and running here, the official Revolver website and promo shots have undergone the necessary changes. Their music, on the other hand, has not changed and the push for their new album continues.

It’s worth noting that one clever fan noticed the Famous Underground name can be shortened to F.U. A built-in marketing tool, for sure 🙂

Watch for my interview with Walsh and bassist Laurie Green, coming soon. 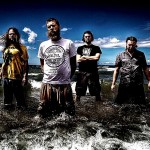 Woods Of Ypres are gearing up for the release of their fifth album, but for the first time in the band’s loud and proud existence they will have an official label release. Maybe it’s a case of Earache Records falling in love with Canadianism in the wake of signing Annihilator last year, but Woods founder David Gold is finally able to kiss his indie artist status goodbye. That said, it’s a safe bet the people at Canada Post in Sault Ste. Marie are going to miss his frequent visits, as word has it Earache will also re-issue Woods Of Ypres’ four previous albums in 2011 as well.

In addition, Gold recently revealed that his claims of the band calling it quits following the release of Woods 5 were bogus. He’s twisted like that. Click here for his explanation of the situation. 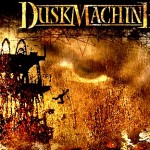 An interesting twist in the career of Germany-based DuskMachine, featuring ex-Annihilator members Randy Black – now with Primal Fear – and bassist Russ Bergquist. After an extended period of time without a singer, the band recently announced that former Annihilator vocalist Joe Comeau is now on board as their new frontman. Black, Bergquist and Comeau were all part of the Carnival Diablos / Waking The Fury-era Annihilator line-up circa 2002 / 2003.

Comeau has issued a statement here, a new album is in the works. Watch for an interview with Black on this page soon discussing DuskMachine, Primal Fear, and his new instructional DVD. Go to the official DuskMachine website here.

Finally, check out my recent interviews with Modified and Danko Jones, because they deserve the attention 🙂

One thought on “Only In Canada, Eh! – November 2010: REVOLVER, FAMOUS UNDERGROUND, WOODS OF YPRES, And ANNIHILATOR-Related Noise…”