Up to this point CarlBegai.com has been my personal “you must be this cool to ride this ride” sandbox. Not that I don’t like playing with other people; simple fact is nobody has asked. And while I have no intention of giving over page space to every hack that thinks they can write – Yahoo’s news and blog posts spring to mind; god fricking awful stuff – when a friend with a brain turns up with a story and pictures they want to share I’m not going to say no. It also helps when I’m a diehard and shameless fanboy of the featured artist in question. With that in mind, I give you the lovely Anne de Breuil and her coverage of Crimson Glory’s first official show with new vocalist Todd La Torre… 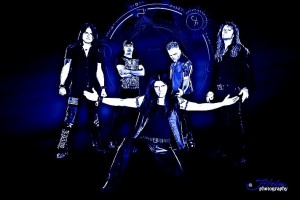 Crimson Glory has, since its inception, remained largely an enigma. A band of inarguable talent and huge presence, courted and revered by a devout cult following of fans, fronted by a disarmingly vulnerable and terrifyingly imaginative man bearing more mystery than those bearing masks at his side… until June of 2009, when the universe decided that it was time for him to experience firsthand that which he so eloquently described in the band’s landmark second album, Transcendence.

With the passing of Midnight, the legions of Crimson Glory fans heaved a collective sigh of resignation; the final nail in the coffin had been hammered home. It was over, and Mid’s death made it official.

The ProgPower crowd were collectively hit with a surprise left as La Torre took the stage for the first time in his life as a lead vocalist and held his own alongside many of progressive metal’s heavy hitters. It came as no surprise when La Torre was officially announced as the new vocalist for Crimson Glory only a few months later, on what would have been Midnight’s 48th birthday.

Audio recordings of La Torre’s vocals over classic Crimson Glory songs (‘In Dark Places’, ‘Queen Of The Masquerade’, and ‘Dragon Lady’ to name a few) were released earlier this year via YouTube to the delight of fans around the world. The recordings were so eerily similar to Midnight that some speculation was made as to whether the tracks were actually La Torre. In fact, they are. 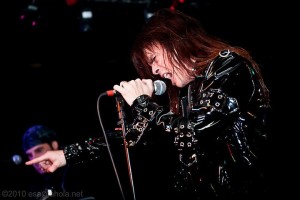 The real test, however, came in the form of a very intimate performance at a small venue in Marietta, GA called The Local on November 6th, 2010: Todd La Torre’s first show as the new frontman of Crimson Glory.

Those fortunate enough to be in attendance witnessed history being made as the band came out with all guns blazing. La Torre took the stage with all the authority and charisma one would expect of his position to open the show with ‘War Of The Worlds’ from the Astronomica album. Hearing La Torre perform Astronomica material (the set also included ‘New World Machine’ and the title track to the album) was an interesting treat in and of itself. His voice is similar enough to Midnight’s that it gave us a glimpse into what the record could have sounded like under different circumstances; in a word, excellent.

Following the opening song, the band launched right into ‘Valhalla’, the first track off of the band’s self-titled debut. A challenging array of vocal acrobatics were hand-delivered to an enthusiastic audience as La Torre nailed it note for note.

‘Lady Of Winter’, also an opening song from the iconic Transcendence album, was third on the set list and once again, La Torre captured the song with a perfect fusion of passion and ease.

Other songs performed throughout the night included ‘Red Sharks’, ‘In Dark Places’, ‘Queen Of The Masquerade’, ‘Dragon Lady’, ‘Masque Of The Red Death’, ‘Where Dragons Rule’, ‘Painted Skies’ and ‘Azrael’, all appropriately knocked out of the park by La Torre.

One of the things that sets La Torre apart is his incredible range, and at no time was it made more clear than during ‘Red Sharks’ (a searing roller coaster of riffage) and ‘Masque Of The Red Death’ (a galloping, well-forged piece of metal). Each note was hit with ferocity, face twisting as he pushed out the soaring screams with ear-splitting precision. 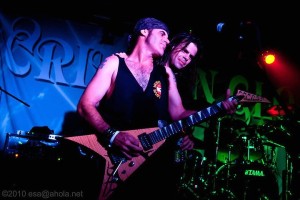 ‘Painted Skies’, always a crowd-pleaser, was executed wonderfully; the air was thick with emotion as everyone in the audience sang along. It was a fitting nod to Midnight; one of his favorite songs spectacularly performed by a truly worthy successor.

‘In Dark Places’, a masterpiece in the minds of fans and critics alike, was one of the high points of the night. La Torre emulated Midnight perfectly while still retaining his own unique vocal stylings. The band nailed every bombastic detail of the song, with Jon Drenning’s serpentine guitar solo winding its way through the backdrop of driving bass and pounding drums.

It was apparent that the rest of the band was feeling the fire of their new addition. Jon Drenning and Ben Jackson were both spot-on, trading leads and harmonizing perfectly. Jackson appeared to be having as much fun as the fans in the audience, and Drenning brought his unique, trademark style of playing song after song, in spite of some minor technical mishaps with his pedal board that resulted in two of his solos being cut off.

Jeff Lords broke from his stoic lurking in the shadows of stage right and slammed his intricately ass-kicking bass riffs right into the heart of the crowd. Dana Burnell kept solid pace behind the drums, running a marathon of fan favorites with very little down time.

Todd La Torre was also quite obviously enjoying himself, head-banging and air-shredding alongside his bandmates and even jumping up on Burnell’s drum riser to slap at the cymbals. Aside from a few rookie back-to-the-audience moments, he commanded the show as if he had been doing this sort of thing all his life.

In spite of the inadequacies of the venue itself – the lighting was limited at best, the soundman inexperienced, and that poor little PA never had a chance – Crimson Glory blew the doors off the place. It may have been 30 degrees outside, but the building was on fire. 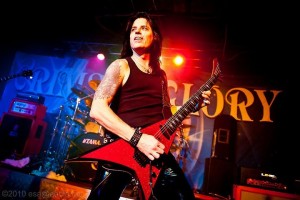 It’s clear that Crimson Glory still has “it” (as if there were any doubt) but this show was about La Torre, and there was no mistaking that the band had indeed found itself again, blowing off the dust and starting anew with a young, energetic, worthy singer.

Every truly great heavy metal show has – we hope – one particularly crowning moment that knocks everybody on their asses and leaves people talking about it for quite some time. For Crimson Glory’s fans on this night, it was Todd La Torre performing Midnight’s signature ‘Lost Reflection’. Illuminated by a single spotlight, backed by Ben Jackson’s guitar and John Zahner’s keyboards, La Torre perfectly captured all of the haunting, delicately manic presence of the song. The crowd was in silent awe, hanging onto every word as La Torre presented the chilling tale, dripping with every whispered nuance and detail of his predecessor.

To say that it felt a little spine-tingling in there during those few minutes would be an understatement; I speak not just for myself, but for everyone there when I say that Midnight’s presence was definitely felt among us, and there were more than a few damp cheeks in the place when the lights came back up.

Closing the show was the thunderous, frantically paced ‘Eternal World’, a classic ending to an incredible set of music, and a performance that those in attendance won’t soon forget.

The addition of Todd La Torre has definitely added a breath of fresh air to the rest of the band, but just as importantly, it has given the fans a new reason to watch, hope, and eagerly await the next chapter in the legend of Crimson Glory. 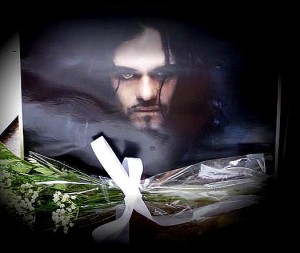 Click here for my interview with Todd La Torre.