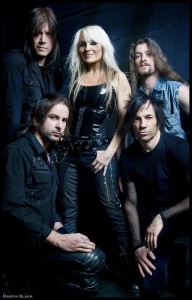 As mentioned, I recently caught up with former Warlock vocalist Doro Pesch to discuss her new 25th anniversary DVD, 25 Years In Rock. It was only one of the subjects we discussed, of course, given that she recently performed in China and Japan, as well as securing a European support tour with Motörhead. Following is an excerpt from the story, with Pesch recalling her recent shows in Japan…

“It was my first trip ever to Japan (in October 2010). We were close to doing it once before but everything fell apart at the last minute. Some fans had waited 27 years to see me play there, and they actually travelled to all the gigs we did there. They were in Nagoya, Osaka, they showed up at the airport… they were amazing. I was on the bullet train, and it travels something like 350 kilometers an hour. These fans said goodbye to me when I entered the train, they waved goodbye as the train was pulling out of the station so I know there was no way they could have gotten on board, but they were in the next city waiting for us when we got there (laughs). It’s the fastest train in the world and I don’t know how they managed to get there before us! It was magic (laughs).”

It’s hard to believe that Warlock never toured Japan, particularly during the Triumph And Agony era in 1987 when acts like Accept and Helloween had already paved the way. Pesch sheds some light on the mystery.

“I think Warlock had a really big fanbase in Japan in the ‘80s, but at that time the record company there felt it was a problem bringing a band with a female singer over. The fans did have a problem with it, but some of the people in charge were traditional in their thinking. They didn’t believe women should be up on stage singing and screaming like I did (laughs). I couldn’t believe it, but that’s why we never played Japan while all the other German and American metal bands went over. We finally got there, though, and there were many, many women in the audience, so things have certainly changed. It was awesome, and we’ll definitely being going back.”


Go to this location for the complete story. Click here for my discussion with Pesch about the late and great Ronnie James Dio. 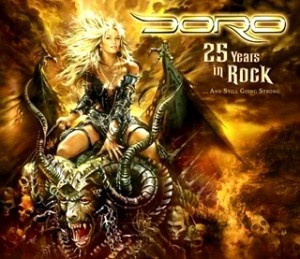