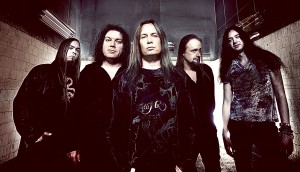 Following is an excerpt from my latest BW&BK interview with Stratovarius frontman Timo Kotipelto. We discuss the band’s forthcoming album, Elysium, having a record label that has its skull to the grindstone on the band’s behalf, “new” guitarist Matias Kupiainen two albums into the band’s comeback, and the sad news that drummer Jörg Michael has been diagnosed with cancer…

Most fans agree that (previous album) Polaris was a nice try, but not the full-on old school Stratovarius album everyone was hoping for. Elysium is, therefore, the band’s do or die effort. Asked if he learned anything from the Polaris experience that was applied – or not – to the new album, Kotipelto says it was in fact business as usual to some degree in spit of having a different working environment.

“I’ve done 12 or 13 albums in my life and it’s basically always the same hectic running to meet the deadline. It’s very stressful, so I basically haven’t learned anything (laughs). Working on the new album was different from Polaris, of course, because Matias had just joined the band when we started demoing stuff for the last album. We didn’t have the live experience with this line-up like we do now. The new album isn’t totally different from Polaris, but it is different. I would say the new album is the kind of album that Polaris should have been, but of course that wasn’t possible at the time. Hopefully it doesn’t sound too different from what people expect. The material sounds like the past but it’s presented in a modern day sort of way.”

“Most of the new stuff is actually composed by Matias,” he reveals. “There are two songs from Jens (Johansson / keyboards) and one from me. There’s one long song on the album, which is about 18 minutes divided into three different parts. We were thinking that they should be indexed separately, but it ended up on the album as just one long song.”

“I was pleasantly surprised,” Kotipelto says of Kupiainen. “He’s probably the best guitarist I’ve ever played live with. I don’t know what his problem is but he doesn’t make any mistakes (laughs). When he joined the band we weren’t tight as a group because we hadn’t played live together, but we did over 100 shows for Polaris. Those four or five months made us tighter and Matias is more relaxed because he knows what we’re expecting and what the fans expect.” 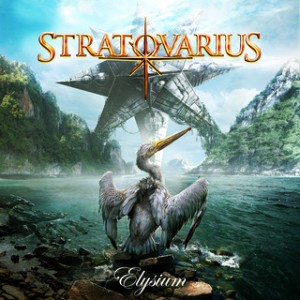 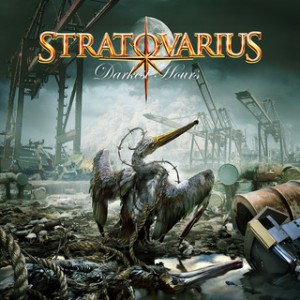