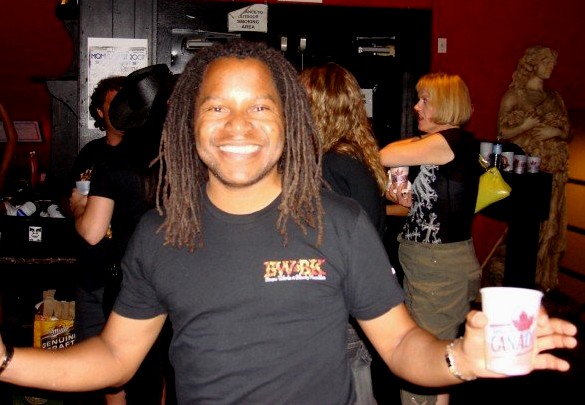 On November 27th, 2007 the Toronto metal scene lost one of the most influential people to ever champion our homegrown noise. I lost a good friend. I can’t believe three years have passed so quickly.

Ray Wallace, affectionately known as “Black Metal” by those of us that he called friend, was taken from us unexpectedly, the hand of fate having decided at random he was needed elsewhere. He was laid to rest on December 1st, but getting home to pay my respects proved to be impossible; something I still regret to this day.

It was my birthday. There was nothing to celebrate.

Instead, I started a tradition. Every year I go out on December 1st and buy an album I know Ray would approve of. Something loud and proud, neighbour-unfriendly and blatantly on-10-obnoxious. A present to myself and a tribute to Ray’s memory. If it has to be this way, I’m glad I’ll be sharing that day with him for the rest of my life.

I don’t believe that time heals all wounds, but the tears sting less.

More importantly, I’m able to look back at the good times and smile.

Loud and proud, Ray. We miss you. 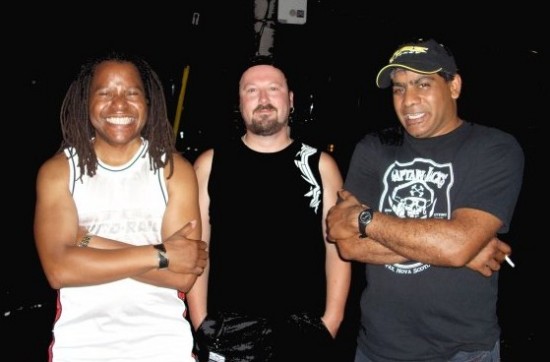 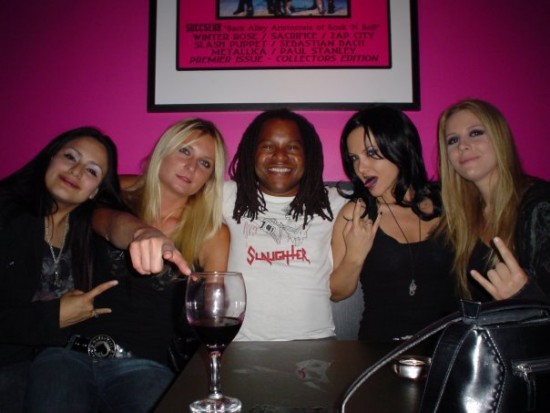 Ray “Black Metal” Wallace: The Richest Man In The World… And Then Some
November 27th, 2007

I hated elementary school. To this day I look back on it with a sense of loathing. The only useful thing I took from it was something the vice principal said while teaching a religion class: “If you have just one person in your life that you can call a good friend you’re the richest man in the world.” I don’t know why that stuck with me but I’ve never forgotten it, and as a result I cherish the people I’m blessed to have as my friends. When all is said and done they, like family, take precedence over everything else in my life.

I recently lost one of them. He made the richest man in the world look like a pauper, which speaks volumes about his character. Ray Wallace was loved by so many people. The reason why was obvious.

I met Ray in 1993 at the HMV in the Scarborough Town Center shopping mall. I was killing time in the store shortly before closing one weekday evening, browsing the shelves and courting boredom. The store was empty and the guy behind the cash switched whatever pop-flavoured tripe that had been playing over the in-store sound system for something considerably heavier. And it was LOUD. Much louder than what suburban mall record store policy allowed, I’m sure. The album was Sven Gali’s debut, Under The Influence. We got to talking about the band; the fact Ray was black and not very metal-looking at the time made no difference to me. If he put my kind of music on, and at THAT volume, he was a kindred spirit and that’s all that mattered. He would have put on something much heavier, of course, but there were the neighbours to consider…

I’m listening to Under The Influence as I write this. It’s a bittersweet experience, but I laugh remembering the last few customers from that night fleeing the store in terror.

I can say that from that day Ray and I were friends. We didn’t hang out regularly, but there was a mutual respect that allowed us to fall into easy conversation whenever we crossed paths. Whether I would swing by HMV in those early days or see him at a show in the years that followed we’d inevitably end up discussing metal and music in general. The fact we were able to pick up where we left off, a month or even after a year or more of not hanging out was something I always appreciated. I look back on that now and consider it a gift and a privilege to have known him.

In 2005 I hooked up with Ray for the first time in ages at a Bobnoxious show at the Bovine. It was like no time had passed at all. Okay, he had more hair and I had less, but the vibe was the same as it always had been. From that point on, however, we were in touch regularly. I was surprised when he started asking me for my thoughts and opinions regarding various projects he was working on, and flattered when he took my suggestions to heart. Here was a guy who had been involved in the metal scene much longer than I had, and who’s knowledge of the music industry outstripped mine by half, yet he treated me as an equal. That was something I never took lightly.

This past summer, my first return home to Toronto in two years, was one of the best times of my life and Ray was a big part of that. Thanks to him my sacred circle of friends grew with the addition of Cris, Tanya, Sylvya and Elie from Scarlet Sins, whom he’d introduced to me a year earlier via the internet. He invited me several times to come out to shows and events when my schedule allowed, and I was flattered because it wasn’t like he was starved for company. Far from it.

The last time I saw Ray it amounted to a 24 hour party, starting at the Scarlet Sins rehearsal room and continuing the next night with my best friend Trevor and my girlfriend Alex at the Kamelot/Leaves’ Eyes show at the Opera House. Both nights were fantastic and I remember every detail (amazingly enough ;-)), but I’m grateful for the pictures that were taken, and the Scarlet Sins interview recording that includes Ray’s voice. It’s comforting to know he lives on.

News of Ray’s condition came as a shock to everyone. The outpouring of love and support he received from his friends and colleagues did not. Ray commanded respect because he genuinely appreciated and respected the people he interacted with, regardless of whether he’d known them for 15 years or 15 minutes, regardless of whether it was a band member or a person behind the bar. He didn’t have to try, he was quite simply a great, big-hearted guy. There was no showboating, no “Wallace Knows Best” attitude, just a genuine lust and love for life that he shared with anyone willing to step inside.

They say real men don’t cry. Whoever “they” are, I’d love to argue the point with them because I have no problem shedding a tear for the loss of my friend. None of us do. But, as cliché as it sounds, next time you plug in and play – whether it’s with the band, the stereo or the mp3 player – crank it up so Ray can hear you. Not because he’s gone, but because it’s how he lived his life: on 10.

Cheers, Ray. Thanks for everything. 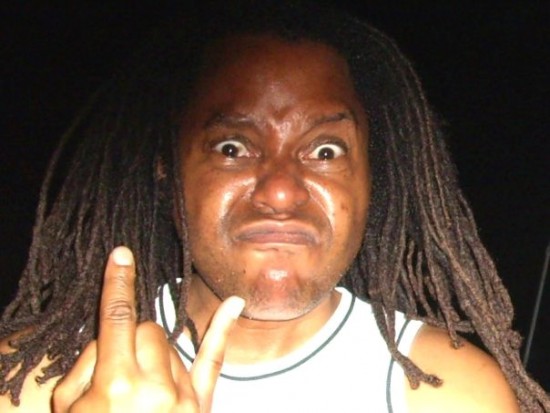