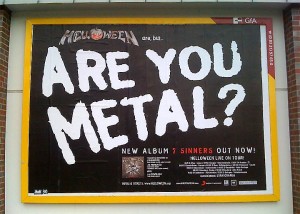 Helloween’s promotional call-to-arms in their native Germany for their new album, 7 Sinners, was as loud as it gets. In the weeks leading up to the official release, full size billboards appeared on city streets across the country screaming the question “Are You Metal?” Impossible to ignore, the campaign made it clear the band was back in form following their off-kilter 25th Anniversary album, Unarmed, defusing the moronic rumour that Helloween was moving in a tame and distinctly non-metal direction. Guitarist Sascha Gerstner – pushing a decade with the band – shakes his head remembering the number of people that expressed concern over Unarmed’s light-hearted acoustic / lounge music revamp of Helloween’s catalogue. “Bullshit,” he says of the worried reactions, and with good reason.

“It was clear from the beginning that we wanted to do something different,” says Gerstner. “Everybody that’s doing 10 or 20 or 25 year anniversary albums is using orchestras or going all acoustic and stuff like that. Helloween has been known for doing something different from everyone else since forever. We wanted to do something special, and we had to explain in every interview that, for the diehard Helloween fan, Unarmed is a fun album to listen to. It was a musician thing for us, and I don’t know of any other band that has something like it. We knew it would be like that, but we didn’t think some people would get it so wrong that they thought that was our new direction. It’s like, come on! You’re not serious! It was something fun for us. Just because three shitheads didn’t understand the concept, I don’t think we really need to explain ourselves. That album is art, and if you’re an artist you never know how people are going to react.”

“We had a long break since the last tour – we hadn’t been on stage in over two years – and doing the 25th Anniversary album as we did, it was only natural that we wanted to crank up the amps and play loud again. If you listen to Gambling With The Devil, the album we released before Unarmed (in 2007), you can tell 7 Sinners is the direction we were going in anyway.” 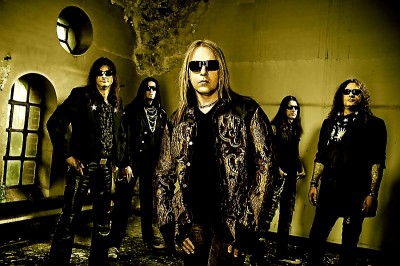 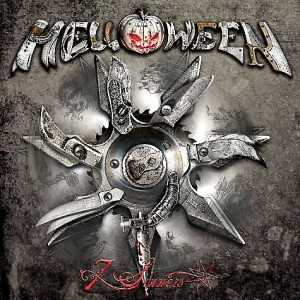