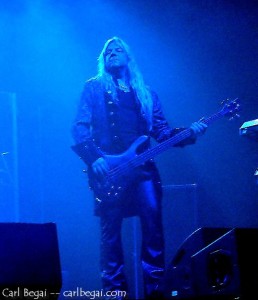 An excerpt from a recent interview with Primal Fear bassist Mat Sinner about his second annual Rock Meets Classic tour, due to kick off in Europe in January 2011, is available below…

Primal Fear bassist / co-founder Mat Sinner has invested considerable time and energy in a variety of side projects over the last several years – Voodoo Circle, Kiske/Somerville, bandmate / vocalist Ralf Scheepers’ solo album to name a few – as well as his other band, Sinner, which is enjoying renewed interest from the fans. His most ambitious outing to date, however, is Rock Meets Classic. A low key affair that kicked off with a short European tour in January 2010, it featured iconic rock vocalists Dan McCafferty (Nazareth), Bobby Kimball (Toto) and Lou Gramm (Foreigner) performing their respective bands’ hits backed by an orchestra, with Sinner, ex-Primal Fear guitarist Henny Wolter, and vocalist Amanda Somerville on stage to give the show some added backbone. The production was a rousing success, paving the way for a bigger go-round in January 2011. At this point it’s too early to start drawing comparisons to the world renowned Trans-Siberian Orchestra, but there is serious potential for Rock Meets Classic to grow into something equally as popular.

Sinner appreciates the sentiment, but his feet remain planted firmly on the ground.

“It was alright,” he says of the debut run. “There were some mistakes made here and there, but the whole team behind the production has improved and we’ve got a great line-up for this new tour. The whole show will be a little bit different, the concept is cool, the new stage looks good. I think it’ll be a really nice upgrade from the first tour. The whole event this time will be close to three hours.”

“The most important thing is that I’m not responsible for the financial aspect of it (laughs). I work like crazy trying to make things better, because last time it wasn’t exactly a smooth ride with the marketing and promotion. I work hard on trying to improve things. It’s a great thing for me because I like the concept and I enjoy doing things outside of Primal Fear. It was a big challenge last time, for example, getting the band to play Toto songs because the guys in Toto were some of the best musicians overall. Steve Lukather, Steve Porcaro, Simon Philips, they’re all amazing, so it was a real challenge playing those songs and not reading the score on paper to do it (laughs).” 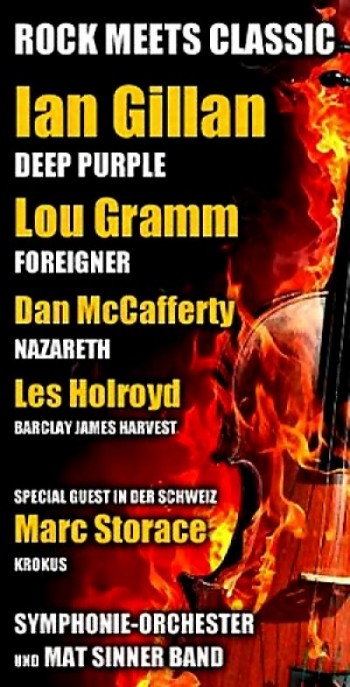