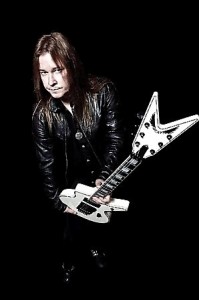 I recently caught up with Toronto homeboy Glen Drover to discuss his forthcoming solo instrumental album, Metalusion. An excerpt appears below, featuring his ongoing battle with his Megadeth past… or rather the inability of some fans to let dead issues lie. Read on…

Former Megadeth guitarist Glen Drover is back, raising a new kind of hell. Not that he went very far after leaving the band, but some fans and media hacks have treated news of his return to the spotlight as a surprise. Thus, as he gears up for the spring 2011 release of his first solo album, Drover is prepared and somewhat resigned to the fact that people will start asking questions and poking around with regards to his decision to leave Megadeth back in January 2008. Unfortunately for the drama-loving horde, his reasons haven’t changed and there won’t be any attacks on his former bandmates in the upcoming weeks and months of press. In case you missed it, however, Drover offers one more go-round of the otherwise low-key parting of ways.

“There was personal stuff going on in the band that I wasn’t happy about,” says Drover. “I think the one really unfortunate thing about that whole situation – and I really don’t understand it – was that when I did the initial press release after I left the band, everybody seemed to think that I left because I just wanted to be with my family and didn’t want to play music anymore. I said I was unhappy with the situation, meaning the band, so people thought I was out of music for good. I wish I could have done things differently with regards to that press release.”

The series of events that led to Drover leaving Megadeth remain under wraps on both sides. It’s a dead issue at this point (two years on) but some fans insist on trying to uncover the former Megadeth bandmates’ dirty laundry.

“There is none. The bottom line is that, if you’re unhappy with something it kind of magnifies other things. In my situation, when things weren’t going so well in the band towards the end, that made me want to get out more, take a break, and move on to something else. Without getting into the details, I was unhappy and had to do something about it. It sucked, because how many times are in you in a situation where you’re in a band of that size with your brother? You know me well enough to know that I’m not so stupid that I’d jump ship for nothing.”

Click here for the complete story. Watch for Part 2 of the interview in April. 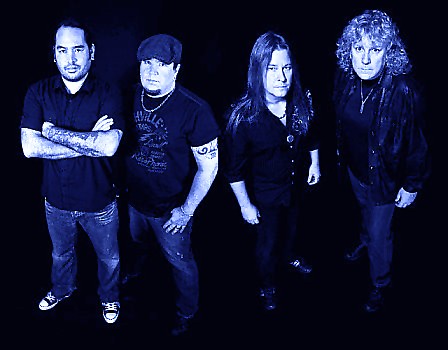