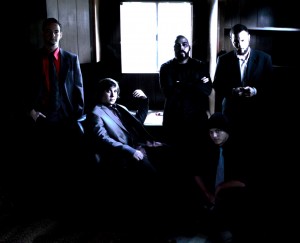 Los Angeles-based Ana Kefr launched their 2011 in fifth gear preparing to release their second record, The Burial Tree (II), thus bringing what has been a long wait for band and fans alike to an end. Their debut album, Volume I, is two years gone but certainly not forgotten as things move forward into what stands to be a very busy year for the tenacious indie outfit. Described by yours truly under the influence of prog-metal gone insane as the band that “bridges the gap between Dimmu Borgir and Voivod,” Ana Kefr stand to reel in even more faithful followers, yanking them from an increasingly dry and uninspired metal scene. With the official release of the new album several weeks away, however, frontman Rhiis D. Lopez finds himself forced to address an entirely different matter that is no less important to the development of the band…

The damn keyboards in the middle of the stage.

“To be honest it’s a little strange,” Lopez admits. “I wish the keyboards that I’ve been using were smaller, and I recently bought another one (laughs). We’ve tried to have them off to the side, because if it’s not a big stage I end up getting pinned down with out about four feet to move around. Some songs have more keys than others, and for those songs I’m not able to move around too much anyway so I’m okay with it. When it comes to the songs that have very little or no keys at all, it starts to get a little frustrating. It would be nice to have that three or four feet across free.”

“Funny you should say that. That’s a ‘some day’ kind of thing, because for now it’s a pain in the ass having five people on stage (laughs). We all get along so well, so when and if things get to a bigger level I’d be willing to bring someone in to do the keyboard parts live. I’m kind of a control freak (laughs) so I trust myself to do it rather than someone else. With this new album coming out, however, I don’t want to be stuck behind the keyboards for most of the set, so we’re talking about different ways we can move this thing around. It would mean more space for everybody, and when you’re looking at the stage you don’t want to see the keys taking up the middle of it.”

Anticipation and expectations are high for The Burial Tree (II). In respected Woods Of Ypres fashion, the band is once again going the independent route rather than actively seeking a label to back them. Truth be told, Volume I made a considerable amount of noise but didn’t have record companies tripping over themselves offering up a contract. 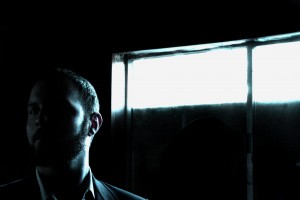 “I think the first album was Ana Kefr testing the waters,” says Lopez, not in the least bit discouraged by the supposed lack of label interest. “It sprinkled our name out there a little bit; we got a nice amount of press and really positive reactions, so that was really cool. On the other hand – and maybe I’m just overly critical of our stuff because I’m in it – I felt up until now that we weren’t quite ready to have a label backing us. I think we needed more experience, which we now have.”

In the form of new members, as Lopez and guitarist Kyle Coughran fired the rest of the band at the end of 2009, bringing aboard new blood in the form of Brendan Moore (guitars), Alphonso Jimenez (bass), and Shane Dawson (drums / percussion).

“That was actually really necessary,” Lopez says of the surprise house cleaning. “You’ll know what I mean when you hear the new stuff. It becomes pretty clear that we were being held back on the first album by the weaknesses of the former members. Our former percussionist had great ideas but he was just a good drummer. His timing and delivery on things was always a bit questionable, and we bugged him about taking formal lessons in order to incorporate a lot of things you don’t hear in metal, but he never listened. With Shane, we’re talking about somebody with years of classical training under his belt. When he came into the band and we started throwing ideas at him. He has the ability to take something and make it his own. For example, he learned how to pull off really fast and solid blastbeats in five minutes (laughs).”

Looking inside The Burial Tree (II), Lopez does his best to describe what people are in for.

“I’d say the new album is a little bit closer to extreme metal. Everything has been stepped up a lot as far as the musicianship and the songwriting. When it became just Kyle and I, we didn’t have any other opinions to hold us back anymore. We just started writing what we’d wanted to write all along. It’s harder, it’s blacker, everything has been turned up to a more intense level. There are some elements on the new album that weren’t there at all on Volume I. We’ve got Brendan, for example, who can shred on saxophone just as well as he shreds on guitar (laughs).”

Given the psycho-schizo nature of Volume I, it comes as no surprise to hear the band had no problem with adding a saxophone to their studio arsenal.

“Yeah, it’s on the album. Not every song, obviously, but there are two tracks with a sax on them. We figured that if we’ve got it we might as well use it a little bit. I’ve been learning the clarinet, so we’ve put it on the album as well (laughs).”

“I remember Tairrie B. Murphy (My Ruin) asking me what Ana Kefr’s sound was,” he adds, “and I guess it’s some kind of progressive metal. And she said ‘Yeah, but that sounds boring…’ (laughs). We’ve got that progressive vibe going, but we just do it a little bit differently from what you normally associate with progressive metal.”

Something that is sure to evolve over time. It’s a safe bet that when album #3 surfaces it will be a step away from The Burial Tree (II) and a world apart from Volume I.

“I agree. I can’t speak for everyone in the band , but I think that to repeat yourself is one thing in music that’s a really bad idea. I’m talking about finding your formula for success and then staying there. Personally, I think it’s more interesting and exciting to find and explore something new with each album rather than rehashing old ideas. At a certain point you’re just going to start putting out the same album over and over.” 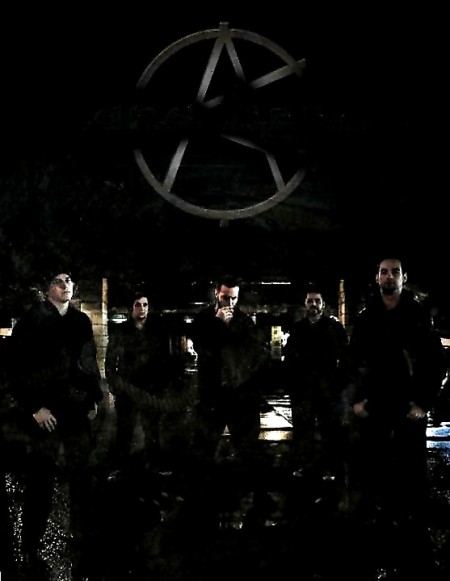 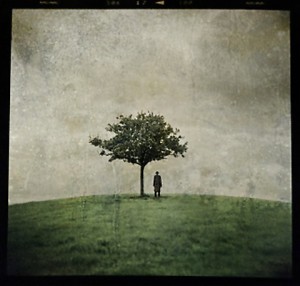 For information on Ana Kefr go to this location.