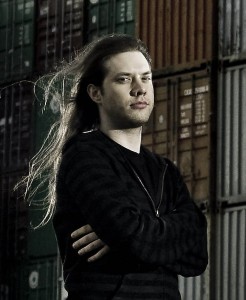 I recently caught up with Children Of Bodom keyboardist Janne Wirman to pick his brain about the band’s new album, Relentless Reckless Forever. As things came to a close we followed up our October 2009 conversation (found here) about his other band, Warmen, and their most recent album, Japanese Hospitality…

“Warmen is weird because it’s this side side project project thing (laughs), so I really don’t know how well the album did,” says Wirman. “We had a lot of fun doing Japanese Hospitality and that was the whole point. We did some shows, which was great, and the Tuska Festival gig (in Helsinki) was amazing. I never thought that we would have the tent full of people, and the reaction of the crowd was great. It was a lot of fun on stage.”

Meaning that if Children Of Bodom stay off the road long enough to make it feasible, it’s possible that Warmen will hit the road on a support tour…

“I really hope so. I’m going to be busy with touring this year with Children Of Bodom, but we’ve got a bunch of songs written for a new album, and we had so much fun on stage that we’re really hoping we can play more live. I have some inside information that say Bodom isn’t very busy this summer with festivals, and there might be some free time at the end of the year as well. We’ll see what happens.”

“I like where Warmen is going now,” Wirman adds. “It’s kind of finding its place, and what we’re working on now is kind of where we left off with the previous album.”

For the immediate future, Wirman will spend the rest of the year on the road with Children Of Bodom. In discussing their tour plans, Wirman has a question of his own:

“Do you know about my drink ordering light system?”

Can’t say that I do…

“I have these buttons on my keyboard now where I can order drinks from my technician. I press one button and a yellow light goes on, that means I need a fresh beer (laughs), hen the red light goes on I need a vodka drink, and for the upcoming tour we’re going to add some more buttons and lights so I can order different mixed drinks. It’s awesome (laughs).”

Check out my interview with Wirman about Reckless Relentless Forever on the official BW&BK wesbite here. 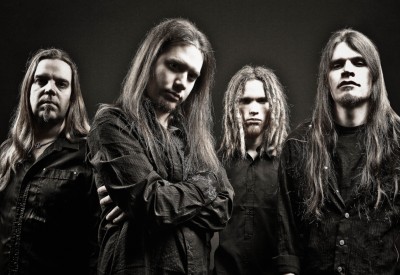 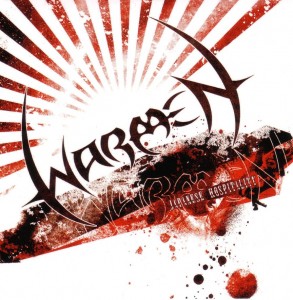 One thought on “WARMEN – Hit The Lights”