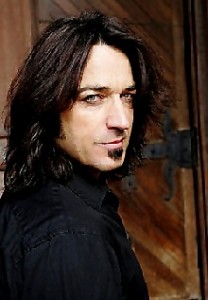 Admitting you were a Stryper fan back in the ’80s was a dangerous practice, mainly due to the fact the band’s Christian faith and their God glam yellow and black spandex outfits often overshadowed the fact they could shred up a storm. The cheesy ballads didn’t help, either. And while you weren’t exactly courting violent retribution, comments like ‘Their song ‘Soldiers Under Command’ rules!” or “Stryper kicks Mötley Crüe’s ass….” had the earning potential for a nuclear wedgie. Fast forward to a meaner, uglier 21st Century, and Stryper has somehow managed to gain widespread acceptance as a metal band first and Christian believers second. In fact, their religious followers have more of a problem with them than your “average” metalhead. The Covering – a tribute to some of the band members’ favourite metal songs – is Stryper’s third shot in the arm since their 2005 reunion, cementing their growing (and largely ignored) reputation as an ‘80s band with something worthwhile to offer in the here and now, unlike many of their peers.

Frontman Michal lSweet can take credit for the beefed up sound quality of The Covering as well as a show-stopping performance, as he was responsible for producing the record.

“I’ve been producing projects over the past 15 years,” he explains. “When you’re a musician in a band and you produce a song or an album, it’s usually not taken too seriously. People figure, ‘He’s one of the players, they just slapped his name on there for the credit.’ I really wanted to step things up on this record, I wanted to people to hear the production on this record and say ‘Wow, this sounds good.’”

The record sounds better than merely “good.” Sweet’s fatter-is-better production values showcase an album loaded with fireworks. In my interview for BW&BK (found here) he did his best to downplay his own musical contributions to The Covering, but the simple fact is there is no Stryper without Sweet up front. While discussing the amount of guitar on the album, he allows himself a piece of the spotlight.

“People are probably so tired of hearing Michael Sweet talk about this, but I did play guitar on this record (laughs). Oz (Fox) is an amazing guitar player and deserves all the respect that he gets, but it’s a little frustrating sometimes because I guess some people don’t know that I play guitar. You can usually tell who’s who on a Stryper record if you have good ears. Somebody recently posted a comment online about how Oz really nailed ‘Set Me Free’, but that’s actually a solo that switches up. I do the first half, Oz does the second half with the slide. Our playing styles are a little different, so you can actually tell there are two players if you listen.”

Sweet is also back to his ‘80s vocal edge (then / now), something he’s been working on since Reborn. The lone original song on The Covering, ‘God’, is a time machine kick in the teeth. 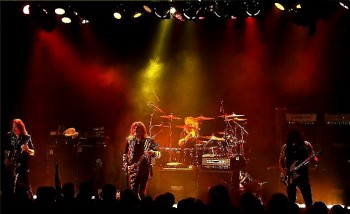 “I get good and bad comments about my vocals,” says Sweet. “Some people like it and some don’t. I’ve been called the Dennis DeYoung of heavy metal (laughs), my voice is too high, too operatic, I’ve gotten it all. I just do what I do and give my best, and the one thing I try to do is sing with conviction and emotion because that’s what’s going to move the listener. That’s my take on a track whenever I sing it.”

On a purely personal note (no pun intended), Sweet’s high-end vocals have always been on par with Rob Halford at the top of his game. With today’s technological crutches a singer can fake everyone out, but he was outperforming the vast majority of his peers long before Microsoft and Pro-Tools started marketing Get Out Of Work Free cards. The fanboy is willing to give him the benefit of the doubt.

“I do a few of those notes live, but there are so many that I don’t,” Sweet admits. “Night after night of doing those high notes, it’ll kill you. Try to do that when your voice isn’t feeling too good and it’s done, you’re not singing. When you’ve got three or four shows in a row you have to be careful because you’ll blow your voice out. I’m very fortunate and blessed to have something of a voice left.”

For all the accolades the new album is receiving, it’s hard to believe The Covering was made at all. It was a project done for the fun of it, yet Sweet was coping with the passing of his wife Kyle, who lost a two year battle with ovarian cancer in 2009. Regardless of your religious views, one has to give Sweet his due for holding on to his beliefs rather than giving his higher power the proverbial finger.

“It was really tough,” Sweet admits, noticeably emotional. “The Murder By Pride record was made while Kyle was sick, and they were the most difficult two years of our lives, of my life. It was really, really hard. I look back and I’m astonished we got through making the album. I think the reason for that is because I was able to draw on the strength of God and hold on to that. I was able to avoid getting caught up in that depression of ‘Oh man, life is over.’ Life isn’t over, there’s so much more to it and that’s what I drew from. It helps me to not only go and do a record, but to live life to the fullest as well.” 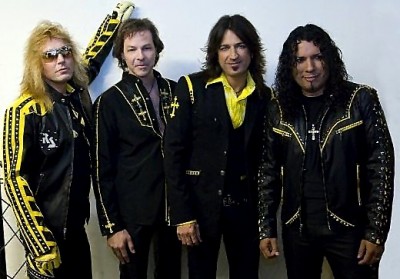