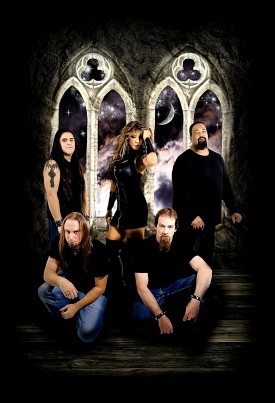 “I can’t believe they had the audacity to try it, much less nail it!”

The above statement is par for the course for any artist that dares to cover a Rush song. In this particular instance it’s a YouTube reaction to US-based metal band Benedictum’s rendition of ‘Overture’ / ‘The Temples of Syrinx’, taken off the front end of the Rush epic ‘2112’. And while there are purists out there that refuse to accept so-called upstarts messing with the Rush legacy, the Benedictum cover has generally gone down a storm. Supersized in terms of production, fireworked by blazing drum / guitar interplay, and blasted into the stratosphere by singer Veronica Freeman’s full-on Dio-esque vocals, this updated version of the Canuck homegrown classic has added credibility to Benedictum’s growing no-bull reputation and opened more than few minds in the aftermath.

What makes Benedictum’s homage to Rush that much sweeter is the fact it was Freeman who brought the idea to the table rather than a prog-happy instrumentalist. Not what you expect of someone who cut her teeth on traditional ’80s metal and has been known to blow up Dio and Accept covers in fine form.

“I’m a huge Rush fan,” says Freeman I love ‘em. “I just don’t talk about it much because everybody wants to talk to me about the Dio stuff. Rush has always resonated with me, but I knew so many people that didn’t like them back in the day because they didn’t sound evil enough (laughs), so I became a closet Rush fan. I had always wanted to sing ‘Temples’. I remember back in the times before CDs, when dinosaurs roamed the earth, I had my wannabe souped-up Firebird blasting Rush on the cassette deck. The stereo was worth more than the car (laughs). I had the windows rolled up so nobody else could hear while I tried to hit those notes (laughs).”

Hearing that a metal band has dared to cover Rush, particularly one with a female singer, gives rise to thoughts of songs such as ‘Closer To The Heart’ or ‘Time Stand Still’ being put on the block. Tracks that are hook-laden and radio friendly rather than musically challenging.

“Tell me about it,” sighs Freeman. “I’m so used to that, now it bounces off me. I’ve heard it forever. From the moment I announced that I was in a band other than a little cover band. The talk around the water cooler was always the same when people asked me what I did outside of work. I’d tell them I was in a band and they’d immediately assume it was rhythm & blues. They’d all get excited: ‘You sing in a band? What kind of music?’ I’d tell them ‘Metal’ and it was like, ‘Oh. So what instrument do you play?’ Even now I think people expect Benedictum is going to be more like Tarja or something.” 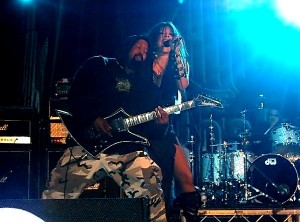 “Veronica approached our producer Ryan Greene with the idea of doing the Rush song ‘Camera Eye’,” reveals guitarist Pete Wells. “Ryan suggested ‘2112’. He said ‘You have the band that can pull it off and do it justice.’ I wanted to do ‘Working Man’, but it was fun. I love Rush and welcomed the challenge. Ryan wanted to do a faithful recreation, but of course sound like Benedictum playing the song. I think he did a great job of capturing that.”

“We knew it would be a risk,” Freeman adds. “It wasn’t my idea to do ‘Overture’ / ‘The Temples Of Syrinx’ specifically, but I did want to do a Rush song. Ryan is a drummer as well and he’s also a Rush fan, so we were having a discussion one day about whether we were going to do a cover tune for the album or not. I was resigned to doing one because, at this point, it would be stupid not to. We’ve had covers on the previous two albums, why not make it a tradition? That’s when I suggested doing a Rush song. I really like ‘Camera Eye’ because it’s long and out there and I really enjoy that stuff, but then Ryan brought up ‘2112’ as more of a joke than anything. He started on about the things he could do with the song, how he could map it, and I said ‘You’d better talk to the boys about that…’ (laughs). I knew they could play it, though. There was never a doubt in my mind.”

“People definitely love our version of the song,” says Wells. There’s nothing like the original, but I feel we did a great job paying tribute to one of the all-time great bands.”

Given that Rush has long been considered THE band of musicians for musicians, it’s interesting to hear which Rush albums an accomplished – and severely underrated – traditional metal guitarist like Wells considers influential with regards to his playing.

“Moving Pictures and Exit Stage Left are my favorite albums,” says Wells. “I couldn’t pick just one Rush song that influenced me. It would be their body of work; they’re an amazing band. Some of my favorite songs – in no particular order – are ‘Closer To The Heart’, ‘Trees’, ‘Working Man’, ‘Bytor And The Snow Dog’, ‘Limelight’, ‘Xanadu’, ‘Fly By Night’, ‘2112’… I could go on and on (laughs).” 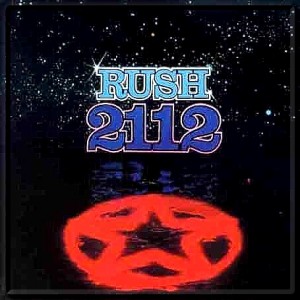 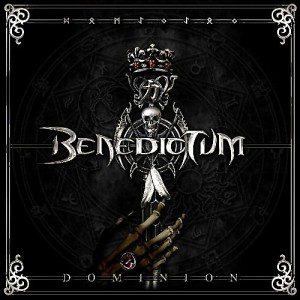 One thought on “BENEDICTUM – The 2112 Step Program”