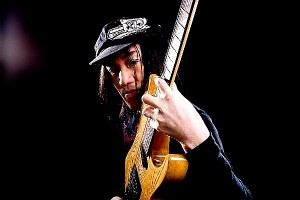 During a recent interview with Area51 guitarist Yoichiro Ishino about the band’s current activities (online shortly), we discussed the tsunami and 9.0 magnitude earthquake that hit Japan on March 11th, 2011. On record as the strongest earthquake to ever hit Japan, it decimated the northeastern Tōhoku region of the country. Ishino wasn’t directly affected, but it’s still an experience neither he nor anyone else in Japan will forget.

“I was in Tokyo at the time,” says Ishino. “Although things fell all over the place, were thrown out of cupboards, fluorescent lights cracked and fell, there was no major damage to buildings in the Tokyo area. Up north is where there was the big earthquake, and much damage due to the tsunami. Japan in general is well prepared for earthquakes, but this time things were really way beyond our imagination. It was just too big.”

The present lack of the 24/7 “Sensationalize This!” media coverage that polluted the airwaves immediately following the disaster would suggest that Japan is coping with the situation. A full recovery – call it the power of positive thinking – will take years, and according to Ishino many people are rallying together and doing what they can to help their countrymen.

“Life in Tokyo is returning to normal,” Ishino reveals, “but the real problem remains where the damage was greatest. Close to 300,000 people lost their houses, and are living in temporary facilities. The nuclear power plant nearby (in Fukushima) is causing a lot of anxiety and instability. As a result, although there is an electricity shortage in Tokyo, everyone is thinking about what can be done for those in real need up north. People are really taking action to help.”

“I actually experienced a major earthquake 17 years ago in my home town of Kobe, where more than 6,500 people passed away (see Great Hanshin Earthquake). That experience definitely changed the way I view things in general, and how I approach life. Some great friends were lost at a very young age. I also felt there is no guarantee I will be alive tomorrow. Human life is so fragile, but at the same time, human beings are extremely strong. Even when facing pain and distress, people can strive to move forward, to make progress for the better. I think the biggest strength of people is that we must always move forward, regardless of the situation we are in. My home town was completely burned down 17 years ago, but it has been reconstructed and restored. That’s why I have great hopes and expectations that things will get better. Many are facing unimaginable challenges, but people are already taking a step forward.”

For his part, Ishino is currently writing music for a metal album, the proceeds for which will benefit victims of the earthquake. His plan is to enlist internationally established metal musicians to sing or play a part on the record, having already secured the talents of a few well known names in the metal community. Ishino is hopeful things will come together, with a release planned for later this year.

“Every time I hear about the damage, I keep thinking there should be something I can do to help. That’s why I started writing in hopes of encouraging and inspiring people only a few days after the earthquake. Music is absolutely necessary in order to stand strong, and metalheads need smoking metal music. I’ve already created a few demos, and I’m planning on getting support from some respected musicians. All sales will be donated to the Japanese Red Cross. When released, I ask that metalheads from all around the world to support this great cause.” 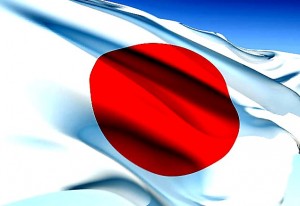 To donate to the Japanese Red Cross and for information on how to assist those in need go to this location.

Watch for the music-oriented portion of the interview with Ishino, coming soon.