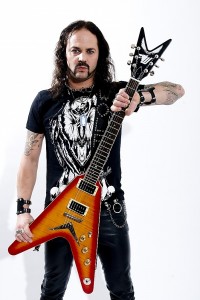 At the beginning of April 2011, record label Century Media announced via official press release that the latest album from Swedish metalheads Wolf, entitled Legions Of Bastards, would only be released as a digital download in North America. The band was unaware of the situation, however, up until guitarist Johannes Losbäck stepped up to do this interview. Not the best way to kick things off, but Losbäck wasn’t interested in shooting the messenger. He was completely mystified by the label’s move, of course, and we both agreed the decision to limit the physical pressing for Legions Of Bastards is tragic, because like all Wolf albums, it was made for fans of traditional old school metal by fans of the genre.

“It’s important to let people know this has nothing to do with the band or the people we are,” he says. “We had no idea, and we didn’t even know that they released albums digitally because we’re vinyl fans. We’re still stuck in that age. If it was up to us we’d give the music away. This whole digital thing, I don’t get it. I have no files whatsoever of songs on my computer. I only use it for email and website stuff. I bought the latest Whitesnake and Forbidden albums on CD and it was like I was a kid again; I just wanted to get home and unwrap them and play them. You can’t do that with Spotify. What the fuck is that?”

As expected, Legions Of Bastards continues Wolf’s relentless pursuit of and homage to traditional heavy metal. In fact, when put up against the band’s previous two records, Ravenous (2009) and The Black Flame (2006), the new one sounds even more raw and uncomplicated.

“You’re right about it in one sense,” Losbäck agrees, “because we aimed to a more raw feel on this record rather than a raw sound. If you listen to The Black Flame and Ravenous they are quite polished in a way. We don’t think of them that way, but we’ve heard it from people, which gives us a certain perspective on the older albums because we’ve got six albums out now and nothing to prove. We can record and release whatever we want in one sense, but when you put it that way… you might be right. It’s rawer, maybe a bit more honest; we didn’t go back and polish anything, we left it the way we recorded it.”

“I guess this album is a bit more raw because it was a lot of work,” he adds. “We had to make everything fit schedule-wise since we have families and day jobs, and that was really hard when we were making this record. There was so much going on around it because we did pretty good with Ravenous. We still had tours and gigs to do on top of everything else, and when we did The Black Flame and Ravenous we had very little to worry about. This was hard work, but we’re a working class heavy metal band and we don’t mind getting our hands dirty.” 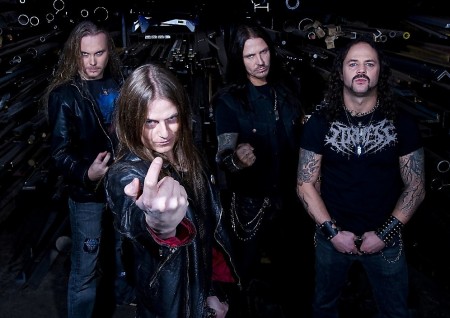 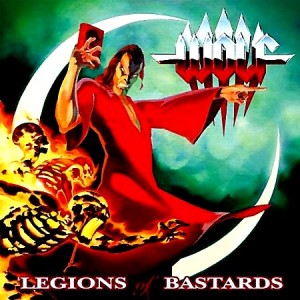