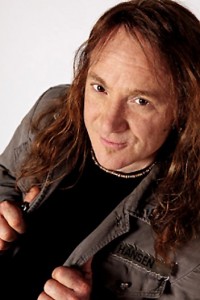 By all accounts that matter, Gamma Ray’s latest full length album To The Metal – released last year – was a well received next step in the band’s lengthy career. Diehard fans who have been following founder / guitarist / frontman Kai Hansen since his Helloween days may beg to differ due to the album’s traditional metal focus, however, having instead found shred salvation over the last 20 years in Gamma Ray records like Insanity And Genius, Land Of The Free and No World Order. So it goes that the band’s interim EP, Skeletons & Majesties, has the potential to fuel the fires of discontent a little bit more. Not so much for the re-recorded versions of aged tracks ‘Hold Your Ground’ and ‘Brothers’, or the newbie ‘Wannabe’, but the acoustic renditions of ‘Send Me A Sign’ and ‘Rebellion In Dreamland’ will likely set off the same alarms that Helloween tripped with their full-on acoustic 25th Anniversary album, Unarmed. One does not, after all, fuck with the classics.

Then again, Gamma Ray’s career is based on unpredictability, a point Hansen jammed right between the metal world’s eyes when he ditched Helloween – the band he co-founded – in their 1988 heyday during the band’s Keeper Of The Seven Keys era.

“Our real fans are used to us doing something different from time to time, and on every album in a way,” says Hansen, not the least bit ruffled by any negativity that comes his way regarding Gamma Ray’s music. “We can never get it right for anybody (laughs). We do an album and there are always a lot of people that say they like it, and there are people that are compelled to be critics and have to say something because ‘I like it’ or ‘I hate it’ isn’t enough. People always exaggerate in one direction or another. They’ll say it’s not as strong as the last album, or it’s too far away from what Gamma Ray should be, or it’s the same shit again and again. People always have opinions, so we can’t do anything except take it as it is. Judging from the buzz that we got for the songs, I think To The Metal was received well.”

“If we did Land Of The Free III there would be a lot of complaints (laughs). It wouldn’t live up to the previous ones. That was the case with Land Of The Free II, when it was clear from the beginning that a lot of people were going to dismiss it and say ‘No, the original album was much better.’ An album takes a long time to become a classic, so a new to one can’t live up the past in any case. There’s no way. People listen to an album at a certain point in time, they’re in a certain situation and maybe that’s THE album for them at that time, so there’s no way another part to it can compare. We know this and we listen to what people say, but on the other hand we don’t let those opinions bother us. If we did there would be a lot of confusion, and I’d be running around saying ‘Oh my God, what do we do now?’ We have to do this for ourselves first, and hopefully people like it.”

Hansen has no illusions of breaking new ground or the bank with Skeletons & Majesties. It was done in the pursuit of a good time in the studio and having something to tour behind for another year.

“This is just something to do before we start boring ourselves and other people,” he admits. “As far as I can see from what I’ve read online, our real fans aren’t narrow minded. They’re very open and they accept the idea of Gamma Ray doing acoustic versions. They’re not sitting there saying ‘No, you’re not metal anymore, I hate you forever, burn in hell…’ (laughs). This is something different, and for us it was a lot of fun to do it. 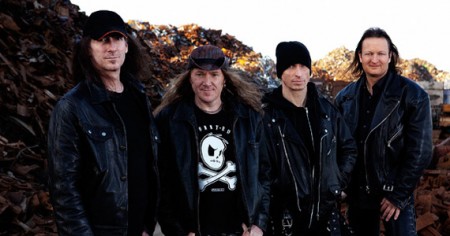 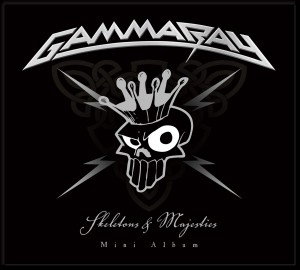