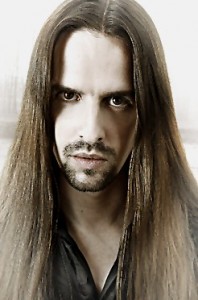 It was announced in April that vocalist Roy Khan had officially left Kamelot, citing personal reasons following a major case of burnout. The move came months after the last minute cancellation of the band’s North American fall tour back in 2010, leaving everyone else in and around the Kamelot camp scrambling to honour commitments and make ends meet. The band has managed to forge onward with temporary (for the moment) vocalist Fabio Lione from Rhapsody Of Fire, and although no one is talking about it, there’s a question mark stamped on a successful future without Khan.

During my recent interview with keyboardist Oliver Palotai covering his new and unexpectedly stellar Sons Of Seasons album, Magnisphyricon, he opened up regarding the tour cancellation and the far reaching effects of having the rug yanked out from beneath Kamelot’s collective feet.

“It affected me a lot, but not musically. The hard thing is, when a tour like that is cancelled there’s no insurance or anything like that. I was moving at the time, and I was relying heavily on my income from that tour, and it was at a time when the new Sons Of Seasons album was still in the making, which is something I invest a lot of my own money in. That money was missing, so it made the last steps quite hard.”

“Musically, well, I guess it did affect me after all because there’s only one other incident in my career that shocked me just as much, and that was Blaze Bayley’s criminal management, which caused the band to split up. That and the Kamelot tour cancellation are probably the two worst things that have happened in my life.”

The band has since taken a verbal beating from some fans and in the press for the aborted tour. One can only assume personal relationships have been strained given that 2007 tourmates Leaves’ Eyes were due to support Kamelot again, having arrived in the States from Germany and on the way to the first show when they found out about the cancellation.

“It affected the support bands a lot,” says Palotai. “It was so tough for them. I spoke with Terry (“Roadcase” Deschenes / guitars) from Blackguard at the 70000 Tons Of Metal cruise and, yeah, they ended up in a pretty bad situation. I mostly felt sorry for the support bands and everyone else around the tour – promoters, road crew – because they couldn’t just get a substitute band.”

Leaves’ Eyes and Blackguard chose to tour regardless, but both camps have gone on record is separate interviews saying it amounted to a disaster despite their best efforts. Kamelot, meanwhile, isn’t dead, but Palotai is focused on pushing Sons Of Seasons and working on a number of outside projects even as they continue their Poetry For The Poisoned roadwork with Lione up front. Epica vocalist Simone Simons – also Palotai’s girlfriend – is the focus of two of those ventures. 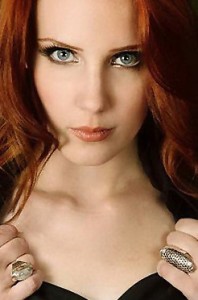 “One is a jazz thing that we do,” he reveals, “but it’s just a regional performance thing because, since I moved back to my home area (Stuttgart, Germany) I’ve wanted to get back into the jazz scene. I did some jazz concerts with Simone and she was great. It was like something out of that movie The Fabulous Baker Boys, and she was so good she caught everyone’s attention even though we were more like in-house entertainment. I never expected that she would interpret old American standards so well, so I really want to continue with that.”

“We’ve also started on her solo record, but I’m not the only one involved in that. She knows artists from all over the world who will take part, but we’re sort of like the creative core of the project.”

Palotai is no stranger to working with Simons, as she has been a fixture in the Kamelot camp as a guest vocalist in the studio and live on stage since The Black Halo album. In addition, she appeared on the first Sons Of Seasons album and reprises her small but important role on Magnisphyricon.

“It was difficult to decide whether I would have Simone on the album because originally I didn’t want to have any guests on it. Some people think that I have her on the album just because she’s my girlfriend, that I’m just using her to become better known, but her voice fits so perfectly with Henning’s (Basse / vocals), the way it does with Roy. That’s why Simone has been on three Kamelot records. She’s a great lead singer, but she’s also the perfect background singer. The song ‘Necrologue To The Unborn’, she comes in on the second chorus but only in the background, and she makes the whole thing warm and three dimensional. It was really hard as a producer not to have her on the record (laughs).” 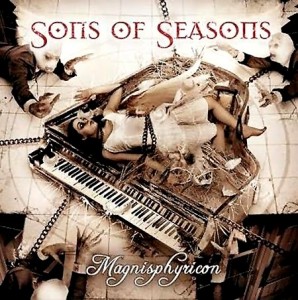 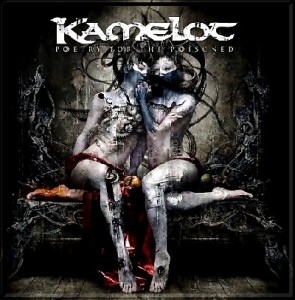 Watch for the complete interview with Palotai on Sons Of Seasons and Magnisphyricon, coming soon.