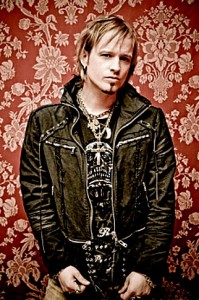 “The thing is, if we were to do 10 songs like ‘Babylon’ for example, it wouldn’t work. Sometimes I really feel the need to do a song like that, and you can hear that in songs like ‘The Arcane Guild’ and ‘Breathe’ on Age Of The Joker. When we did the Theater Of Salvation album, although we loved that kind of music, I think we really wanted to make sure that we came up with a statement. I don’t think it was a conscious thing, but I think we really wanted to make sure we had a label put on us.”

The album continues Sammet’s journey as a lyricist, keeping things simple yet creative whether he’s spinning a yarn about Robin Hood, matters of the heart, or taking the piss out of the music press. All in a day’s work in spite of the fact a large portion of Edguy’s fanbase often don’t get the joke(s).

“Whenever I’m asked about how important I think lyrics are to or for the people, I can honestly say that nobody really cares,” Sammet admits. “When there are people that are smart enough to care about the lyrics, there’s a great sense of satisfaction in there for me. I think the biggest difference between Edguy now and Edguy 12 or 13 years ago is not the musical quality, but the lyrics. They were really, really bad on some of the early records because I didn’t speak English properly. I’m not embarrassed, but now I want to write lyrics that make sense, that I can be proud of and live with. Even if it’s only 2% of the fans that take something from the lyrics, it’s mission accomplished.”

“I don’t want people like Amanda Somerville, for example, standing next to me on stage singing ‘Farewell’ and laughing about how ridiculous those lyrics are. When we performed ‘Farewell’ on stage with Avantasia, everybody on stage who spoke proper English couldn’t be serious. They were all thinking ‘What the fuck were you thinking when you committed those lyrics to tape?’ because they’re hilarious. I think they’re bad, and I don’t want to be embarrassed when someone like Eric Singer (KISS, Avantasia / drums) reads my lyrics and goes ‘Wow, that’s horrible…’ (laughs).”

“It doesn’t exist, but it sounds very Shakespearian (laughs). That was funny, because the song was finished and I heard the part in the middle section that was clearly stolen from ‘Seventh Son Of A Seventh Son’ or ‘Rime Of The Ancient Mariner’ (laughs). I knew that Iron Maiden would go over-the-top and put a spoken word part in there, but with someone like Christopher Lee doing it. Well, I’m not going to get someone else to be epic on an album when I can do it myself (laughs), I decided I would do it for ‘Robin Hood’. I wrote some things for it but they were too obvious, too Steel Panther (laughs). That’s why ‘bewareth’ works so well, at least for me. It’s a great thing reading reviews that say ‘Sammet should have had someone else do the spoken word part; it doesn’t sound epic enough, and it doesn’t really make sense.’ Those are the people that actually got the point (laughs).” 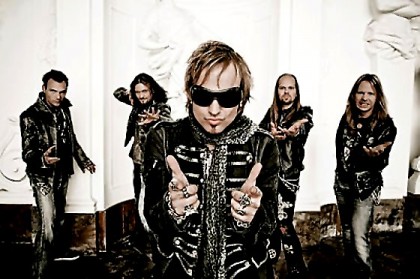 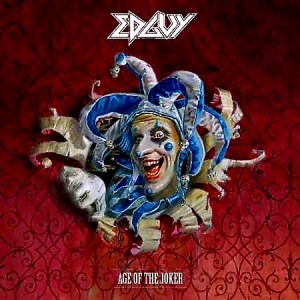