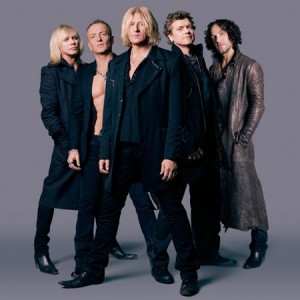 Needless to say I was surprised. I mean, the schmalz-loving Top 40 cuddle-rock contingent that keeps Def Leppard afloat today either doesn’t know, or more likely doesn’t care about the old classic songs. Given the chance to speak to guitarist Phil Collen and ask him what gives – could this perhaps be a sign that times and sound are changing? – I jumped at the opportunity.

“The Best Of was the label’s idea,” Collen reveals. “The reason being that Vault (the band’s Greatest Hits compilation from ’95) sells fantastic even now – it just went triple or quadruple platinum, actually – and every Christmas throughout the world it sells like crazy. The thing is, Vault doesn’t have that classic vibe, those classic songs, so I think that’s why they wanted to release another one.”

Uh-huh. So what’s it like dealing with one of the old guard like me, a fan of the High ‘N’ Dry era who wouldn’t touch a free ‘Let’s Get Rocked’ or ‘When Love And Hate Collide’ mp3 if it came with free swag? Makes a present day Best Of package loaded down with both pre and post-Hysteria material seem kind of pointless.

“There’s this whole thing that we were a metal band, and we never were, not even on the old albums,” says Collen, something we’ve all heard before and I disagree with. “I think the first couple albums – the ones before I joined – Def Leppard was trying to find itself. I don’t want to say the sound was misdirected or anything, but the band found its identity on Pyromania and it really kicked in on Hysteria. The big problem with Hysteria, and even with Adrenalize, we created a definitive sound that ended up being copied by a lot of other people, which really made that kind of sound become very lame. If we had put Slang (’96) out when we released Adrenalize I think things would have been much different in the end. Hysteria made Def Leppard because it had a lot of pop elements and was able to cross over. There are people that say they want to hear the older stuff when we play live, and that’s all fine and dandy until we actually do it. We’ve done older songs in concert and there are 8,000 people sitting there going ‘Where’s ‘Pour Some Sugar On Me’?’ So, that’s the problem we made for ourselves with Hysteria.”

“It’s really weird, though,” Collen continues. “When we went to Japan on the X tour we decided to throw some weird songs into the set like ‘Ring Of Fire’, which was a b-side, and ‘Stagefright’, and the fans loved it. They went nuts so we thought ‘Hey, this is the way to go.’ We took it to the States, did the same set, and you could have heard a pin drop. Throughout the tour we ended up having to do more and more hit-based stuff. So, despite all the complaints we get, when the fans come to see us live it’s the hits they want to hear. Unfortunately, we could play ‘Mirror Mirror’ and stuff like that until we’re blue in face but it’s only a small minority that’s actually going to enjoy it. Either that or a Japanese audience (laughs).” 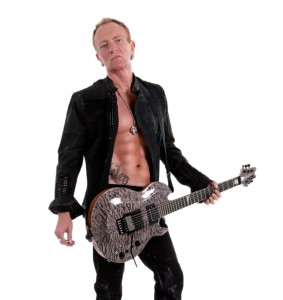 It was this minority (and likely the Japanese fanbase) that chose the classic cuts that appear on the new Best Of package. Collen explains:

“The track list of the Best Of is actually based on requests, downloads and stuff like that, so it’s made up of the stuff people really want to hear. Personally, I wouldn’t have put ‘Billy’s Got A Gun’ on there – I would have put ‘White Lightning’ or ‘Gods Of War’ on instead – but whoever they are, there you go (laughs).”

It also sounds like Collen, personally, would very much like to see Def Leppard alter the way it writes and records. Take, for example, his preference for the Slang album.

“That’s kind of the band’s favourite album because of the way we approached it. It was a very free album and we did a lot of the backing tracks live, which is how we really sound as opposed to all this studio bullshit we normally do with layering the vocals and using a click track for the drums. It was like, ‘This is how the song goes; let’s do it,’ and we had great fun because we weren’t working in a particular format. Slang was very uncommercial in that sense and it was a lot of fun to do. I think people dismissed that album because we were really uncool at that point.”

And some would say that Def Leppard is still uncool. As previously mentioned, the band’s last album, X, is probably their least successful offering to date. I’m trying to imagine what Popoff would give it in light of having rated Hysteria a big fat “0”.

“It didn’t do well,” Collen agrees. “We like the fact there’s a very different mix of songs and ideas on the album. It isn’t too hard-rocking an album but I think the writing is good. Every time you do an album you have a concept and it’s usually different from the one before it. With Euphoria we were thinking, ‘Let’s make an album that sounds like every song on Vault, a real greatest hits package.’ On X we were looking at what was current at that moment, which is what we’ve always done, and things that were very contemporary at the time we were writing for it.”

With that in mind, given the current day preference for more aggressive forms of MTV fodder, it seems to me there’s a call for Def Leppard to become a metal band (again).

“Okay, but metal how?” laughs Collen.

“Right. Well, I don’t know if a bunch of 40 year old guys could pull off a ‘Rock, Rock (‘Til You Drop)’ or ‘Let It Go’ kind of thing (laughs). There’s a point where you can’t sing some of those lyrics, you just can’t stand behind them. Like ‘Wasted’; I haven’t had a drink in 18 years so it would be kind of weird singing about getting hammered. On every level you have to think about that sort of thing. Of course we can play anything, but you have to draw the line. But yeah, I’d love to do an album that didn’t have ballads and shit on it.”

Okay, so I guess what I’m saying is that Def Leppard should go into the studio and make an analog rock record.

“That’s a different thing,” says Collen, “and I think you just summed it up. An analog rock record would be great. I would love that, and in fact I’m going to quote you on that because that would be a really good thing for Def Leppard. It would be neat to hear us doing things that way because of what we’ve gotten into with the whole studio thing; it’s time for us not to do that, to do something different.”

Something Collen has already been experimenting with, as it turns out.

“I’ve actually been recording with a couple buddies of mine,” Collen reveals. “I was over in England this summer and I met up with Simon Laffy, who used to be the bass player in my old band, Girl, and Paul Cook, who was the drummer in The Sex Pistols. We’ve got this new band called Man-Raze. I’m singing and playing guitar, and it’s kind of like The Police, real edgy stuff. When we’ve been recording it’s been one take stuff and I’ve been having a blast. Obviously if we made a glaring mistake we’d go back and fix it, but otherwise we left things the way they were laid down, and I think that’s how Def Leppard should be. When we record an album there’s a tendency to lose the original vibe of the song because we’re recording things over and over again. The songs become shadows of their former selves. I’d like to do a one take Def Leppard album, sure, but I don’t even know if we’re actually capable of it. I do think it’s essential that whatever we do next, it’s not the same old business-as-usual approach.” 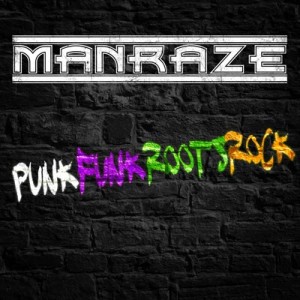 … and with that in mind, some faves from PunkFunkRootsRock:

Go to this location for all things officially Def Leppard. Check out the official Manraze website here.