“I think we could probably do a few shows,” Wakeman agrees, “but the reception we got when we did some support slots (in 2007) was quite funny. I asked Sharon (Osbourne / wife and manager) is we could do it and she asked me ‘Why would you want to be fourth on the bill? There’ll be nobody here.’ This was at Wembley Arena. I said ‘Yeah, but if there are 5,000 people in it’s the equivalent to us playing 20 club shows. We might as well get it out of the way all in one go…’ (laughs). It was good, but people weren’t really expecting us because we got on the bill quite late. So, when we walked on stage people thought we were Black Label Society. You could see the looks of confusion on the faces in the crowd (laughs).”

For the record, Wakeman has been an integral part of Ozzy’s creative team for the last several years and not merely a disposable body for the stage. Osbourne’s last album, Scream (from 2010) featured several tracks co-written with Wakeman in the mix. 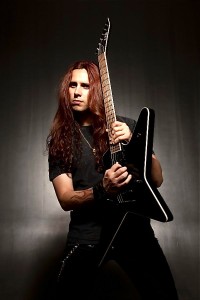 “I co-wrote five tracks with Ozzy and Kevin (Churko / producer), and I think they included another track that I wrote with Ozzy on the re-issue. I was quite lucky at that time because Zakk (Wylde) had left the band and they hadn’t quite decided on a new guitar player. It came down to Kevin, who is a multi-instrumentalist and producer, and had been in the studio for 12 or 16 months working with Ozzy. He asked Sharon if they’d be happy with me coming in and getting involved in the songwriting. I wasn’t involved from the start; I came in more towards the end of the production. I play guitar as well, so that worked out while they were still auditioning guitar players. By the time we finished the album they’d settled on Gus G (Firewind), who came in and re-recorded the guitars and solos.”

And while an Ozzy band member’s shelf life traditionally comes with no guarantee as to how long they’ll last within the ranks, Wakeman makes it clear that he’s “absolutely” still a part of the crew.

“I spoke to Ozzy a few months ago and he was still keen to get the band into the studio. For the moment he’s focused on the Sabbath album, obviously, but he wants us to keep writing and coming up with ideas. I think with the next album that Gus will be much more involved. Towards the end of the last tour Ozzy was very happy with the band, and wanted us to be proactive with the writing. He was talking about booking a couple weeks at certain studios where we could kind of go back to how it used to be. Get together, come up with some ideas, and see how things progress.”

This will hopefully put to rest any questions as to whether Gus will be on board for Ozzy’s next record. He’s currently putting the finishing touches on the new Firewind album Few Against Many – due out in May – but is prepared for a second round with Ozzy since surviving his trial by fire with Scream.

“He’s become a very good friend of mine in a very short space of time,” Wakeman says of Gus. “He’s a great guy. He’s a very different style of guitar player compared to Zakk, and he had incredibly large shoes to fill; especially coming from a relatively unknown band. One of the things he says he always found quite hard was the change of plans. Everything changes with Ozzy; one minute you could be staying in Stockholm, the next minute you’re on a plane and staying in Germany for a month, and two days into that you’ll be in Los Angeles (laughs). Gus really struggled with the fact that everything changed so frequently, and that’s because he organizes everything for Firewind. He knows exactly what’s going on, and it’s a very different scenario with Ozzy.”

It stands to reason that, with such a strong rapport, that Headspace and Firewind could easily put together a tour package of their own for 2012. Particularly with two new albums on the horizon.

“We did speak about doing some shows together last year,” Wakeman reveals, “because the new Headspace album was supposed to be finished and mixed in September. Originally it was going to be finished even earlier than that, and we’d talked about supporting Firewind on their European tour in 2011. Maybe we’ll try and chat Sharon up to let Firewind and Headspace do some of the Ozzy shows (laughs).” 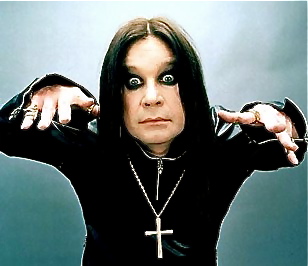 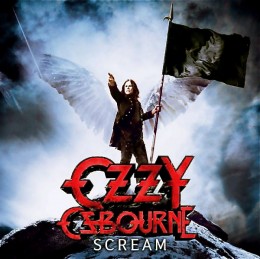