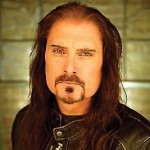 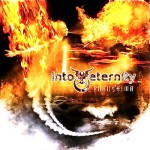 Contrary to the popular belief of the last year that Regina-based Into Eternity had lost / would be losing vocalist Stu Block to Iced Earth permanently, the band recently bashed out a new single entitled ‘Fukushima’ with Block on vocals (found here) as a teaser for the band’s next record. Rather than wait for Block to complete the Dystopia cycle – which would have been career suicide given Iced Earth’s return to greatness = touring from here to *ahem* eternity – guitarist Tim Roth and Co. enlisted The Order Of Chaos singer Amanda Kiernan for touring purposes. Footage from Kiernan’s first show with the band, at Manitoba Metalfest 2012 in Winnipeg, can be found at this location.

Watch for an interview with Roth coming to BW&BK soon. 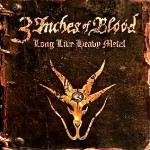 Vancouver’s 3 Inches Of Blood are gearing up for the release of their new hockey metal kneecapper, Long Live Heavy Metal. Between March 23rd and 30th the album will make its way into stores around the world – and no doubt be illegally downloaded by asshole keyboard warriors – priming folks in North America for the band’s appearance on the Metal Alliance Tour 2012 with DevilDriver, The Faceless, Dying Fetus and Job For A Cowboy through March and April.

A European tour with Angelus Apatrida, Goatwhore and Havok through May will follow. Album and tour details can be found here.

A full length audio clip of the new song ‘Dark Messenger’ – which is very Overkill-meets-Iron Maiden to these ears – is available here. 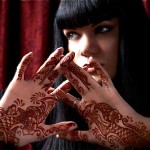 Time heals most wounds and makes things like “alternative metal” – as oxymoronic a term as “military intelligence” – somewhat acceptable amongst real metal fans. So it goes that news of DevilDriver frontman Dez Fafara resurrecting his ’90s alterna-hyped Coal Chamber for the just-finished Soundwave Festival tour through Australia was met with more positive vibes than dinosaurs like me expected. It’s worth noting the band recruited Toronto-based multi-talent Chela Rhea Harper to wield bass for the reunion, who has been flying under the radar with several different projects including the Middle Eastern / Indian influenced one-woman crusher Sarasvati. A self-proclaimed metal nerd, Harper lays down vocals, guitar, bass, does some programming and “pseudo hand drumming” on four demos that have been online for about a year. The material (found below) has huge potential and is definitely worth a listen… and a flesh-and-blood drummer to pound it into organic juggernaut form.

Check out Harper’s Soundcloud page here for more examples of her work. With luck, there’ll be an interview on these pages and on the BW&BK site in the coming weeks.