“I did all the guitars at home this time, and I’m very low tech,” says Stump. “I like to play, I don’t like to fuck around, so it’s not like I have an elaborate studio set-up. I just have a small digital 8-track machine that I could never make a full record with, but for tracking guitars it works great. I did most of the guitars last summer and fall (2011), and by the time I finished tracking the bass, drums and keys the record was mixed by Christmas and mastered in January.”

“It’s not like I get all excited when my new record is coming out, acting like a kid who just finished doing his first record,” he adds, commenting on the delayed release of Shredlord, “but when I finish something I want to get it out as quickly as possible. I’m still lucky in that even though I’m a high profile underground guy I still release records, I have a record label, and they give me a little money. I could put it out myself by starting my own label and being my own distributor – like what Yngwie Malmsteen did with his Rising Force Records – but because I’m at the mercy of the label it’s something I just have to live with.”

How Revenge Of The Shredlord stands up against the rest of his catalogue comes down to how you like your neo-classical shred. The new slab is a gritty record with all of Stump’s trademark Stratocaster acrobatics intact, including his penchant for extended compositions rather than keeping everything locked in between three and four minutes (although he’s not against barely clearing two minutes, as on ‘Strat Outa Hell’). And the lack of polish on the guitar leads lends itself to a warmth that’s so often missing in present-day studio productions.

“The guitar just sounds… some of the best guitar tones I’ve gotten on a record are when the lead guitar sounds really nice, really glassy. I think it’s better than Virtuostic Vendetta, but Vendetta was a different type of record. Sonically the new album is very consistent guitar-wise where Vendetta had a bunch of different tones. It’s a very old school Blackmore / Malmsteen kind of thing where it does sound like you’ve got your face in front of the speaker cab.” 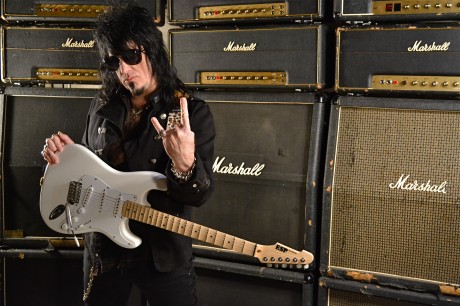 Stump – also a member of HolyHell and Raven Lord – has taken a noteworthy amount of flak over the years for channelling Ritchie Blackmore and Yngwie Malmsteen in his music, and that’s not about to stop with Revenge Of The Shredlord. On the contrary, there are some glaring in-your-face examples of Stump’s hero worship and he stands happily guilty as charged.

“If you like Blackmore and you like Yngwie you’d love some of my records, so I don’t know why anybody would be griping. Somebody that’s dying to hear Blackmore play this stuff again would love some of the tracks on the new record. Tracks like ‘The Black Knight’s Castle’ and ‘In The Master’s House’, they’re straight up Blackmore.”

“I get dogged for the Yngwie thing more than I do for Blackmore,” he laughs. “Not necessarily by press people, but if someone is talking shit about me on one of those various internet forums the complaint is always ‘He sounds like Yngwie.’ Or they’ll post some of my tracks and say ‘Hey! The new Yngwie record sounds good!’ (laughs). It’s funny because I get that way more, while the Blackmore influence is much more prominent to me. So many people are uneducated about Blackmore’s playing, especially in the States. Here he’s known as the Old Guy That Wrote ‘Smoke On The Water’. ”

Keeping the Blackmore comparisons in mind, several of the tracks on the new album sound as if they would stand up equally well with vocals. Maybe so, but Stump says he wasn’t thinking about standard songwriting structures when putting Revenge Of The Shredlord together.

“I just come up with a melody in my head and go with it. I write everything organically, banging away like any other metal moron, and something comes to me. I might marry a couple things together as I go. I don’t really think in terms of a vocal melody, I just think of things in terms of being bad-ass and cool guitar-wise with inflections, tones, which pick-ups I’m using. I’m old school, so a lot of my stuff is…. ‘Pistoleros’ is a straight up metal tune, for example, and even though it’s instrumental I think you can hear how it might be a track with vocals.”

Maybe the hint of vocal arrangements comes from the fact that for all the shredhead madness going on there isn’t a lot of masturbatory noodling and assorted guitar wankery to be had.

“That’s the thing. To me, all that fancy guitar playing is great but it has to be music. There have to be melodies and riffs; something other than Fancy Lick #67 or ‘Look how fast I can play this sweeping arpeggio.’ That kinda shit is really boring after a while because, so what? So can everybody else (laughs). You have to showcase that stuff in something that’s musical. Even if someone is a metal fan but would never consider buying an instrumental guitar record, I think a lot of people would be surprised by how much of the stuff they’d enjoy on the new record. Just not in large doses (laughs).” 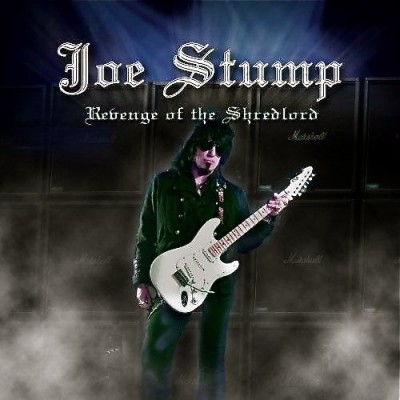